5 Food-Medicines That Could Save Your Life 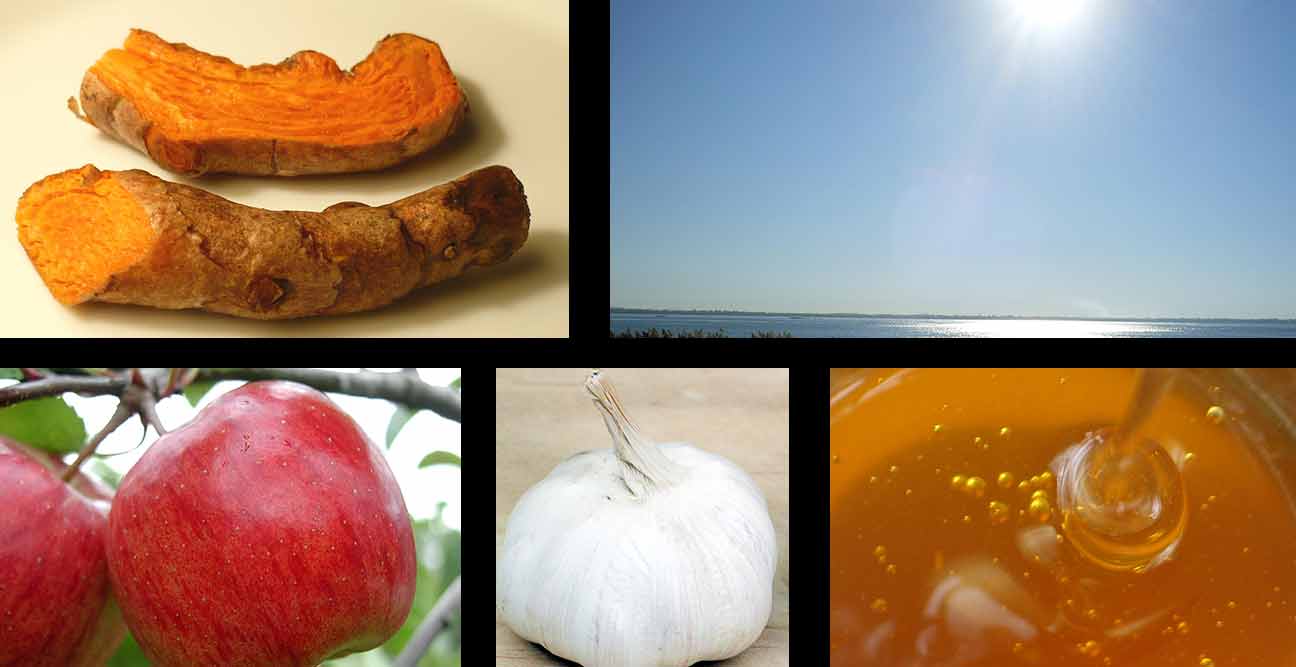 Though Mother Nature’s formulas are proprietary, she does not grant patents.

Some of the most powerful medicines on the planet are masquerading around as foods and spices. While they do not lend themselves to being patented, nor will multi-billion dollar human clinical trials ever be funded to prove them efficacious, they have been used since time immemorial to both nourish our bodies, and to prevent and treat disease.

So valued were these in ancient times that they were worth their weight in gold, and entire civilizations either rose to great power or collapsed as a result of their relationship to them.

What is even more amazing is that many of these “plant allies” are found growing in our backyards, and often sitting there in our refrigerators and spice racks, neglected and under appreciated.  In fact, many of us use these daily unaware that this is why we don’t get sick as often as those who do not incorporate them into their diet. Let’s look at a few examples…

1) Garlic – with the increasing prevalence of multi-drug resistant bacteria and the failure of the conventional, drug-based model to develop effective solutions against them (nor accepting responsibility for creating them), spices have regained their once universal reign as broad-spectrum infection-fighters with sometimes life-saving power.

Garlic, in fact, has several hundred therapeutic properties, confirmed by a growing body of scientific research, which you can view directly on GreenMedInfo.com. One quick example of garlic’s power is in killing multi-drug resistant tuberculosis (MDR-TB), which the mainstream media has termed the “white plague,” roiling the masses with a fear of drug-resistant (but not plant-extract resistant) they are made to believe they are defenseless against.

Last year an article was published in a peer-reviewed scientific journal showing that garlic was capable of inhibiting a wide range of multiple drug-resistant tuberculosis strains.[ii] The authors concluded, “The use of garlic against MDR-TB may be of great importance regarding public health.” Garlic’s anti-infective properties do not end with MDR-TB, as it has been demonstrated to inhibit the following pathogens as well:

This amazing list underscores how important it is to keep a supply of garlic close by!

2.)  Honey – bees produce a wide range of therapeutic substances beyond honey, e.g. propolis, bee venom, royal jelly, beeswax, bee pollen, etc., but this sweet, sticky stuff that we all love to dip our paw into occasionally, is the most well-known and most copiously consumed of them all – and for good reason, it tastes great!  But did you know that this sweet treat is one of nature’s most powerful healing agents, as well? Here is just a smattering of some of honey’s more scientifically researched health benefits and/or applications:

There are many more uses for honey than covered here. Needless to say, replacing synthetic sweeteners or highly processed sugars or high fructose corn syrup with a moderate amount of honey may be a great preventative health step to take.

3) Apples – an apple a day does, in fact, keep the doctor away, especially cancer specialists it would seem. For instance, one of the most well-established health benefits of consuming apples is to reduce the risk of colorectal cancer. The more apples you consume, the less likely you are to develop this potentially fatal disease.

To view the 5 studies that reference this relationship, go to the GreenmedInfo.com apple research page where you will also find 50 other health benefits of apple or apple byproducts (e.g. apple vinegar) consumption which include:

4) Sunlight – this one may throw some of you off, but sunlight possesses both energy and information with real, metabolic value and is therefore a source of usable energy for the body – and so, in a very real sense it can be considered a form of food that we consume through our skin by way of its built in, melanin-based “solar panels.”

One of the more interesting studies performed on sunlight exposure, based on data gathered from over 100 countries and published earlier this year in the journal Anticancer Research, showed that there was “a strong inverse correlations with solar UVB for 15 types of cancer,” with weaker, though still significant evidence for the protective role of sunlight in 9 other cancers. Here are some additional benefits of sunlight exposure:

5) Turmeric  – quite possibly the world’s most important herb. Named “Kanchani,” or literally “Golden Goddess,” in the ancient Indian healing tradition, its healing properties have been deeply appreciated, if not revered for countless centuries.

Turmeric has been scientifically documented to have over 500 applications in disease prevention and treatment. It also has been shown to modulate over 150 distinct biological and genetic/epigenetic pathways of value in health, demonstrating a complexity as well as gentleness that no drug on the planet has ever been shown to possess.

As there are too many health conditions that turmeric may benefit to list, we are listing the top 10 as determined by the GreenMedInfo algorithm which calculates both the evidence quantity (number of articles) and evidence quality (human study valued higher than animal, and so on). Also, the number in parentheses denotes the number of studies on the database demonstrating the beneficial relationship.

Garlic, honey, apples, sunlight, and turmeric are five powerful medicines. And there are many more.

What are some of your favorite food medicines — and why? Share in the comments below.

The challenge with getting the full advantage of turmeric is it’s low bioavailability, meaning your body isn’t able to take in the benefits and use them well. Personally, I love mixing fresh and dried turmeric into all sorts of foods – and I always try to include black pepper with it because studies show that piperine (found in black pepper) helps to increase absorbability. But if you’re looking for a curcumin supplement — the active component in turmeric — here’s the one I take every day.

PuraTHRIVE has developed a curcumin supplement that utilizes a cutting-edge micelle liposomal delivery mechanism that’s been found to increase bioavailability by up to 185 times. Their formula also contains ginger oil, vegan DHA fatty acids from algae, and beneficial phospholipids. The product is 100% vegan, organic, soy-free, and non-GMO. Find out more about the supplement I recommend here.

If you make a purchase, a portion of the proceeds will be contributed to support the Food Revolution Network. So you can support your health and our work at the same time.