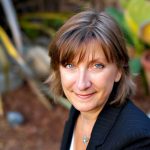 Stacy is co-founder and co-director of U.S. Right to Know, a nonprofit investigative research group focused on the food industry. She is the author of the award-winning book, Not Just a Pretty Face: The Ugly Side of the Beauty Industry (New Society, 2007), and a co-founder of the Campaign for Safe Cosmetics, a coalition of nonprofit health and environmental groups that inspired cosmetics companies to remove hazardous chemicals from nail polish, baby products, make-up and hair products. Stacy’s work has been published in Time magazine, the New York Times, Washington Post, Nature Biotechnology and many other outlets and she has appeared in Teen Vogue, Wall Street Journal, San Jose Mercury News, San Francisco Chronicle, Good Morning America, Democracy Now and several documentary films including The Human Experiment produced by Sean Penn, Pink Skies and Stink Movie (now playing on Netflix). In 2012, Stacy served as media director for the historic California Right to Know ballot initiative to label genetically engineered foods. She is the former communications director for Health Care Without Harm, which got mercury out of hospitals and closed down medical waste incinerators around the world. Prior to her work in environmental health, Stacy worked for eight years as a journalist and managing editor, and she published an investigative newspaper covering land use and environmental issues in Colorado. She lives in the Bay Area with her husband and son.

Stevia is one of the most popular natural sweeteners around. But a new GMO version, from the food and agriculture conglomerate, Cargill, is invading the marketplace with claims of being “non-artificial” and “sustainable.” See why you should take note and protect yourself and your family from this unlabeled GMO food product.
Stacy Malkan · January 3, 2020 · 4 min read

GMOs. 2.0 — The Truth About The Next Wave of Genetically Engineered Foods

Food Revolution Summit speaker Dr. Michael Hansen is one of the world’s foremost scientific authorities on GMOs. He is a...
Stacy Malkan · September 29, 2016 · 5 min read