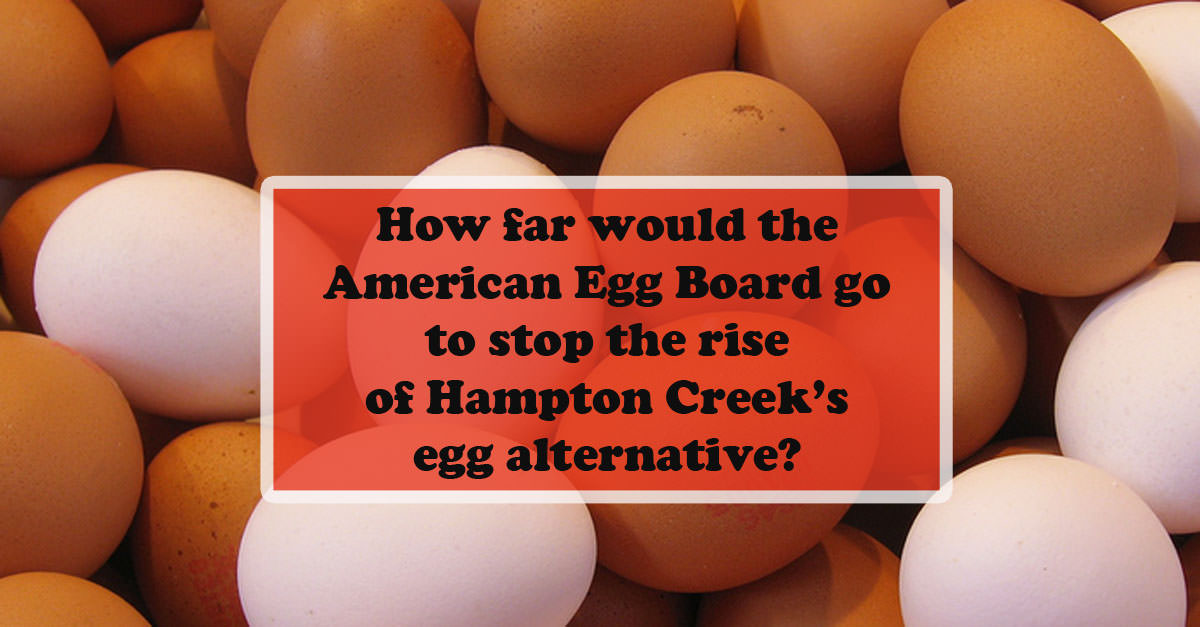 By Sam Thielman • Originally published by The Guardian

A government-controlled industry group targeted popular food bloggers, major publications and a celebrity chef as part of its sweeping effort to combat a perceived threat from an egg-replacement startup backed by some of Silicon Valley’s biggest names, the Guardian can reveal.

The lobbyists’ media counterattack, in possible violation of US department of agriculture rules, was coordinated by a marketing arm of the egg industry called the American Egg Board (AEB). It arose after AEB chief executive Joanne Ivy identified the fledgling technology startup Hampton Creek as a “crisis and major threat to the future” of the $5.5 billion-a-year egg market.

The scale of the campaign – dubbed “Beyond Eggs” after Hampton Creek’s original company name – shows the lengths to which a federally-appointed, industry-funded marketing group will go to squash a relatively small Silicon Valley startup, from enlisting a high-powered public relations firm to buying off unwitting bloggers.