The Pandemic’s Waste Problem: How Stalled Composting Programs are Contributing to Food Waste 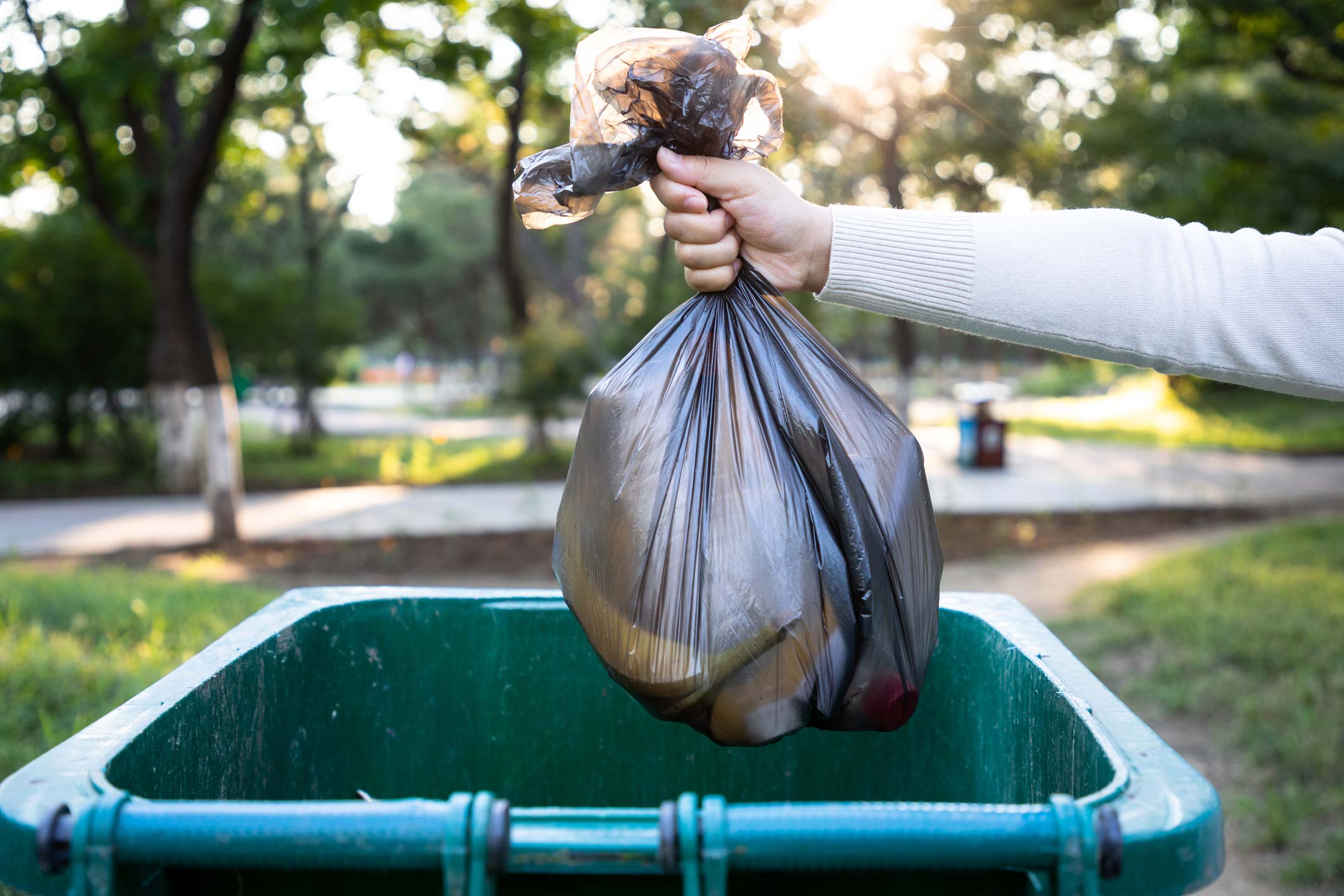 This article is written by Jodi Helmer at The Counter. The Counter is a non-profit newsroom covering the forces shaping how and what we eat. Read more at thecounter.org.

Before the global coronavirus outbreak, Americans were dealing with another problem of epic proportions: food waste. Several cities and states had started cracking down on wasted food, passing legislation and initiating programs to divert some of the 40.7 million tons of bread, milk, fruits, meat, vegetables, condiments, and other food scraps sent to landfills each year.

Now, thanks to near-nationwide lockdowns to stop the spread of the virus, residential waste volumes have increased 30%, according to Republic Services, one of the largest waste management collection companies in the United States. Additionally, interruptions in supply chains during the coronavirus pandemic have forced farmers to dump milk and plow under acres of fresh produce, creating even more food waste.

At the same time, plans for state and local composting programs, designed to reduce the amount of food waste taking up landfill space, have largely ground to a halt. There is a certain irony in eliminating waste diversion programs at a time when public awareness of food waste has likely never been higher.

“The pandemic has dramatically raised the awareness and concern over how much food goes to waste,” says Dana Gunders, executive director of ReFED, a nonprofit focused on reducing food waste. “People are seeing pictures on the front page of the news of acres and acres of perfectly good produce going to waste and milk being dumped… and there is an increased sensitivity toward the issue that could lead to more support of policies [to reduce food waste].”

But while awareness is up, options for keeping food waste out of the landfill have significantly shrunk. The reasons vary from state-to-state and city-to-city, but government-run composting programs have slowed or shut down in the past few months. Here are five ways the pandemic has impacted municipal food waste reduction efforts.

The six million residents who call Maryland their home generate an average of 850,000 tons of food waste annually. (Missouri, which has a similar population, sends an estimated 5.7 million tons of waste to landfills, with over 17% of that compostable food waste and other organic materials; Indiana has almost one million more residents than Maryland but generates 448,831 tons of food waste each year.)

In January, Maryland legislators introduced two bills aimed at reducing the state’s food waste. House Bill 589 would require food waste to be separated from other solid wastes and recycled or composted if a suitable facility exists within a 30-mile radius. (Maryland is home to just three permitted food composting facilities.) House Bill 988 would require certain businesses, including commercial entities and owners of multi-unit residential buildings, to submit regular recycling reports and would establish penalties for failing to reduce the amounts in their solid waste streams.

Cities like San Francisco, Portland, Austin, and Iowa City have established curbside composting programs to divert food scraps from landfills that are bursting at the seams.

In 2013, the New York City Department of Sanitation (DSNY) launched a curbside composting pilot program on Staten Island that allowed residents to dispose of food waste in “brown bins” that were rolled to the curb and picked up by city sanitation workers each week.

The program had multiple fits and starts, including stymied expansion and lackluster participation, but still managed to collect 50,000 tons of organic material from 3.5 million residents through the curbside pickup in fiscal year 2019. The pandemic has decreased that number to zero.

The budget for composting was reallocated toward health, safety, and shelter during the pandemic, said Belinda Mager, director of communications for the City of New York Department of Sanitation (DSNY). On May 4, DSNY suspended its curbside composting program. Pickup is not expected to resume until next summer. “During this time, residents are asked to discard food scraps and yard waste with their trash,” the website said.

Gunders understands the need to redirect funding to deal with the devastating effects of Covid-19 in New York but cautions that the city could lose momentum getting people to compost. “I imagine New York City invested a ton [of money] in getting people to adopt this new habit so, to switch it off and expect people to switch it back on, is going to be hard.”

Madison, Wisconsin, ran a successful curbside composting pilot program in the fall of 2019. Waste haulers picked up food waste from 165 households and diverted four tons of food scraps from the landfill in just two months.

Contamination was a major issue. Homeowners were allowed to put foods such as fruits, vegetables, coffee grounds, pasta, and dairy products into the bins but, too often, those scraps were commingled with meat, bones, eggshells, nut shells, and other items from the “no” list, spoiling loads. Curbside pickup was also deemed too expensive to roll out citywide.

The city delayed its planned opening of drop-off sites where residents could take their food scraps for composting due to the statewide “safer at home” order on March 24. Although the sites opened (with restrictions) on May 4, Bryan Johnson, recycling coordinator for the city of Madison, says utilization is low.

“Venturing out to a public drop-off site to get rid of food waste adds a layer of complication and concern right now,” he said. “We’re being told to stay home as much as possible so people might be asking, ‘Do I really want to go out to get rid of some apple cores or should I just throw them in the trash?’ COVID has to have had some impact [on food scrap composting].”

Vermont passed its Universal Recycling Law in 2012 to keep consumer recyclables, leaf and yard waste, and food scraps out of the landfill. The final phase of the bill requiring residents to separate their food scraps for composting was set to go into effect on July 1, but concerns over COVID-19-related worker shortages might postpone its implementation.

“The ban requires trash haulers to offer food scrap collection,” explains Josh Kelly, materials management section chief for the Vermont Agency of Natural Resources. “Haulers considered that, due to COVID, there would be shortages of drivers and workers and proposed pushing out the [implementation date] to January 2021.”

In April, the state Senate Natural Resources and Energy Committee was considering a bill that would ease some of those requirements but Kelly says no decision has been made.

Meanwhile, the Chittenden Solid Waste District in Vermont closed all but two of its drop-off centers after staff members were exposed to someone who tested positive for COVID-19. Kelly hopes the final phase of the Universal Recycling Law will remain on the books with a July 1 deadline but admits the coronavirus outbreak has made for an uncertain future.

Editor’s Note: As of July 1, 2020, a law that bans plastic bags in Vermont and the final phase of the Universal Recycling Law (prohibiting residents from throwing food scraps in the garbage) has gone into effect.

The pandemic has left millions jobless and increased rates of food insecurity while a broken supply chain has forced farmers to dump milk and plow under fields of fresh produce. Organizations have stepped up to provide emergency food relief, tackling food waste in the process. These programs focus on available food being eaten before it ever needs to go on the compost pile.

“Relief bills are being passed at the state and federal levels to get farmers to donate food so it doesn’t go to waste,” Gunders says.

Nonprofit food rescue groups are also working to ensure that edible foods do not end up in the landfill.

The U.S. Department of Agriculture allocated $19 billion as part of the Coronavirus Food Assistance Program to distribute fresh food boxes to food banks and faith-based organizations serving families in need. Dairy Farmers of America, the nation’s largest dairy co-op, diverted almost 250,000 gallons of milk to food banks; and companies like supermarket chain Publix purchased excess milk and produce from farmers and donated it to food banks in the Feeding America network.

Nonprofit food rescue groups are also working to ensure that edible foods do not end up in the landfill. Denver Food Rescue, a nonprofit that collects fresh produce and perishables that supermarkets, produce distributors, and farmers markets would otherwise toss, is one of the founding members of the Denver Metro Emergency Food Network. The nonprofit has provided 178,132 free meals (and counting) since the coronavirus pandemic started.

“There are all sorts of relief bills being passed at the state and federal levels around food relief to avoid food waste,” Gunders adds. “There’s a shift happening in the food rescue space that will outlive the pandemic.”