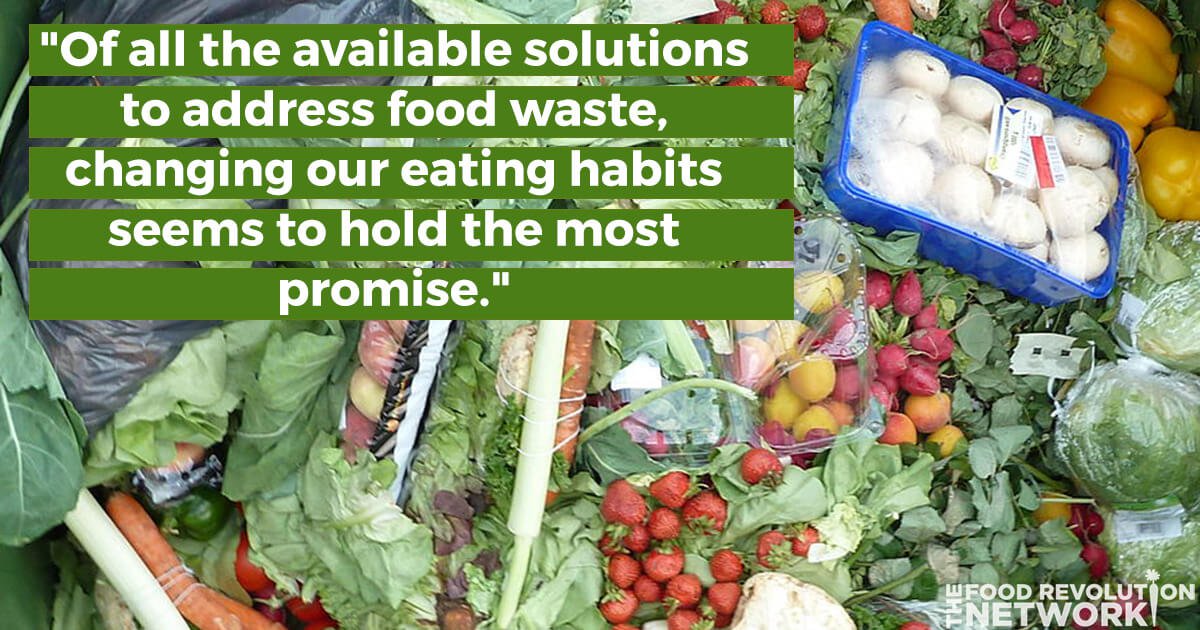 Food waste is getting a lot of attention lately, and for good reason. No matter how you slice it, the statistics are downright alarming. The world produces 17% more food than it did 30 years ago, yet almost half of it never reaches our bellies.

In a way, it’s a testament to the incredible progress we’ve achieved as a species by producing an overabundance of food to ensure survival. And while we continue to make progress through technology to increase efficiencies in our food system, we’re moving in an unsustainable direction, with more and more food being produced while nearly a billion people still don’t have enough to eat.

The most effective way to describe our food waste problem was presented by Tristram Stuart in his viral Ted Talk back in 2012. He assumes that nine slices of bread represent the world’s food supply. Every year, one slice is lost on the farm because of poor handling, lack of sufficient storage, etc. Three slices are fed to animals to produce meat, eggs and cheese.

Unfortunately, animals are horribly inefficient when it comes to producing protein, so they replace only one slice of bread, and the other two slices wind up as waste (manure). That leaves only six slices of the original nine. Then, we lose two slices to food that ends up in the garbage for various reasons (spoilage, sell-by-date confusion, imperfect appearance, etc.). So in the end, we’re left with four slices to consume. What a colossal mess.

What makes this so maddening is that we’re not just wasting food that could end global hunger, but we’re burning up the planet’s resources in the process. In the United States, food production uses 50% of our land, 30% of all energy resources, and swallows 80% of all freshwater (USDA, 2016).

I was stunned to discover that food waste is the single largest component going into municipal landfills, where it emits methane, helping to make landfills the third largest source of methane in the US. (EPA)

Another overlooked aspect of food waste is the opportunity cost. All the labor, water, and resources used to produce, process, move, package, store, and discard food waste could have been used in a multitude of ways that are beneficial to society while eliminating the strain on our environment. Reducing food losses by just 15 percent would save enough food to feed more than 25 million Americans every year at a time when one in six Americans lacks a secure supply of food. 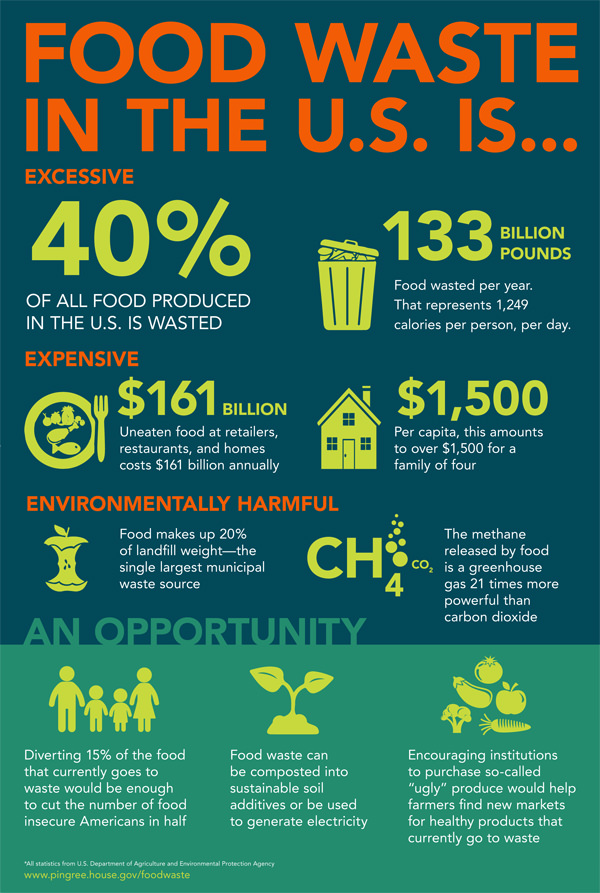 So what’s the solution to food waste?

The way I see it, we have a number of options to pursue.

The food-tech space has been on fire lately. The smart minds in silicon valley and beyond see the food waste problem as a huge opportunity. As a result, food-tech raised a record $5.7 billion in ‘15 (CB Insights). Companies like Apeel, Brightfarms, and KDC are providing much needed solutions to cut down on waste and exploit inefficiencies in the system. Amazon just released a new Alexa app ‘save the food.’ Even Anthony Bourdain is getting in on the act with his upcoming documentary on food waste.

Fresh food spoilage is a $1 trillion problem (USDA Irrigation and Water Use 2016), and technology has the potential to be a massive influence on reducing that number. If even a quarter of the food currently lost or wasted globally could be saved, it would be enough to feed 870 million hungry people (FAO).

A depressing amount of food is thrown away because it’s not pretty enough. At the retail level, large quantities of food are wasted due to quality standards that over emphasize appearance (up to ⅓ of total food waste). Policies enacted to incentivize companies and consumers to make use of this produce could go a long way towards fixing this.

In addition, establishing policies that create uniform standards that reduce confusion around sell-by/expiration dates would help too. We also process way too much food each year. The US has twice the calories needed for its population on store shelves and in restaurants. We simply can’t eat that much. And if we take into account the food that’s wasted by feeding it to animals instead of humans, it rises to between 300-400%.

On average, diners leave 17 percent of meals uneaten and less than half of that gets taken home for leftovers (NRDC). This is largely a serving size problem. Installing portion-control laws and tackling the cronyism that leads to ineffective food policy would help a great deal, though this might be a tough nut to crack.

Of all the available solutions to address food waste, changing our eating habits seems to hold the most promise. Here’s why.

It turns out that by simply eating certain foods and avoiding others, we can cut down on a significant amount of waste.

Did you know that if all of the crop production currently allocated to animal feed were directly consumed by humans, global food production would increase by some two billion tons and food calories would increase by 49 percent? Animal products require 4 to 40 times the calories to produce than what they provide in nutrition when eaten, mainly due to the crops they consume. Separately, 40 to 60% of fish get discarded at sea after being caught.

Most commercial fishing is done (demand of 90 million tons of fish) primarily with enormous fishing nets that sweep up everything in their path. For every pound of fish caught, there is up to five pounds of untargeted species trapped that die as a result. If this continues, our oceans will reach its breaking point.

Consumer behavior becomes even more important when considering the projections that, barring any shift in diets, worldwide meat consumption could increase 40 percent by 2050. A crucial step in ensuring food security will be to move away from animal products, thus increasing the efficiency of our food system in terms of calories delivered.

A shift from standard to vegetarian diets would have roughly the same impact as eliminating all retail and consumer level food losses (Faunalytics). Thankfully, we now have companies like Beyond Meat, Daiya and Hampton Creek that are making it easier to eat sustainably without sacrificing taste.

When faced with a challenge, one must utilize every tool in the shed. Efforts to reduce food waste through technology and better food policies should be combined with efforts to reduce consumption of animals. Collectively, this would mean significant reductions in the carbon footprint of our food system and help to end world hunger.

And these opportunities do not require increased yields or serious shifts in production practices. Largely, they depend on improved consumer behaviors. So let’s start changing our diets today. We’ve got no time to waste.

Tell us in the comments: What are some easy actions for reducing food waste? 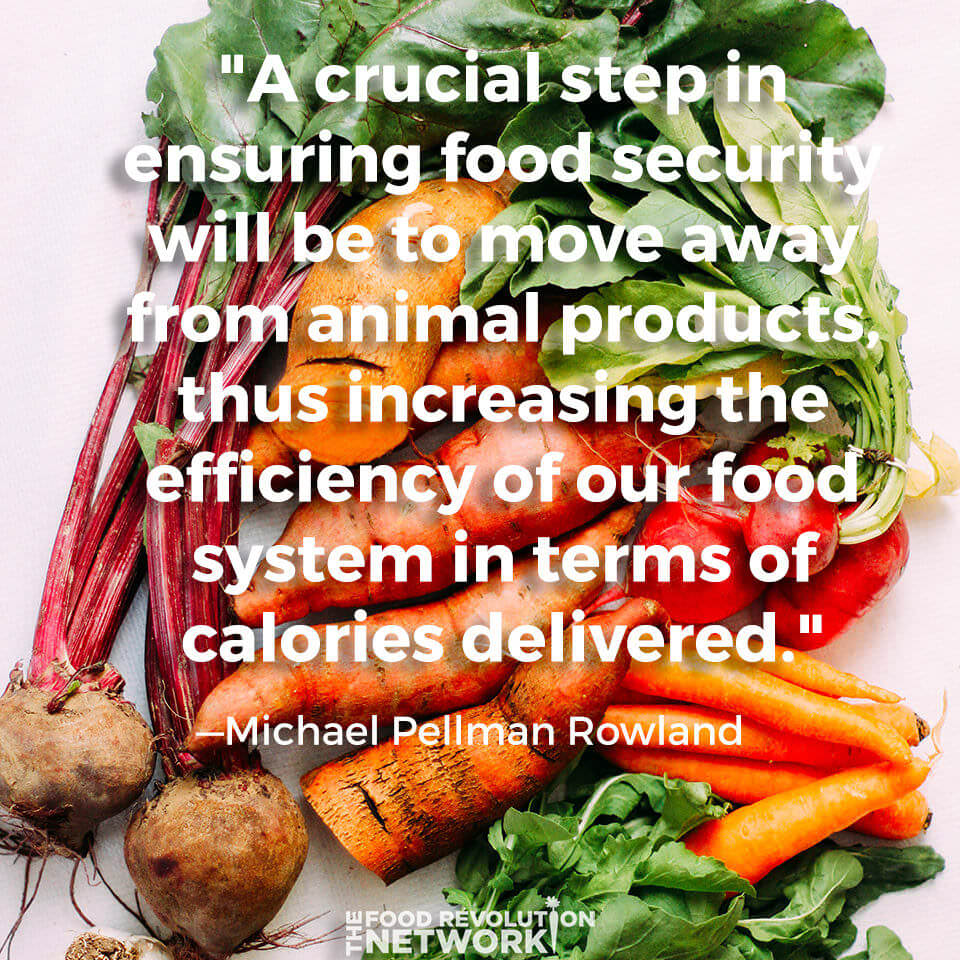 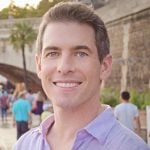