How Air Pollution Could be Harming Your Brain 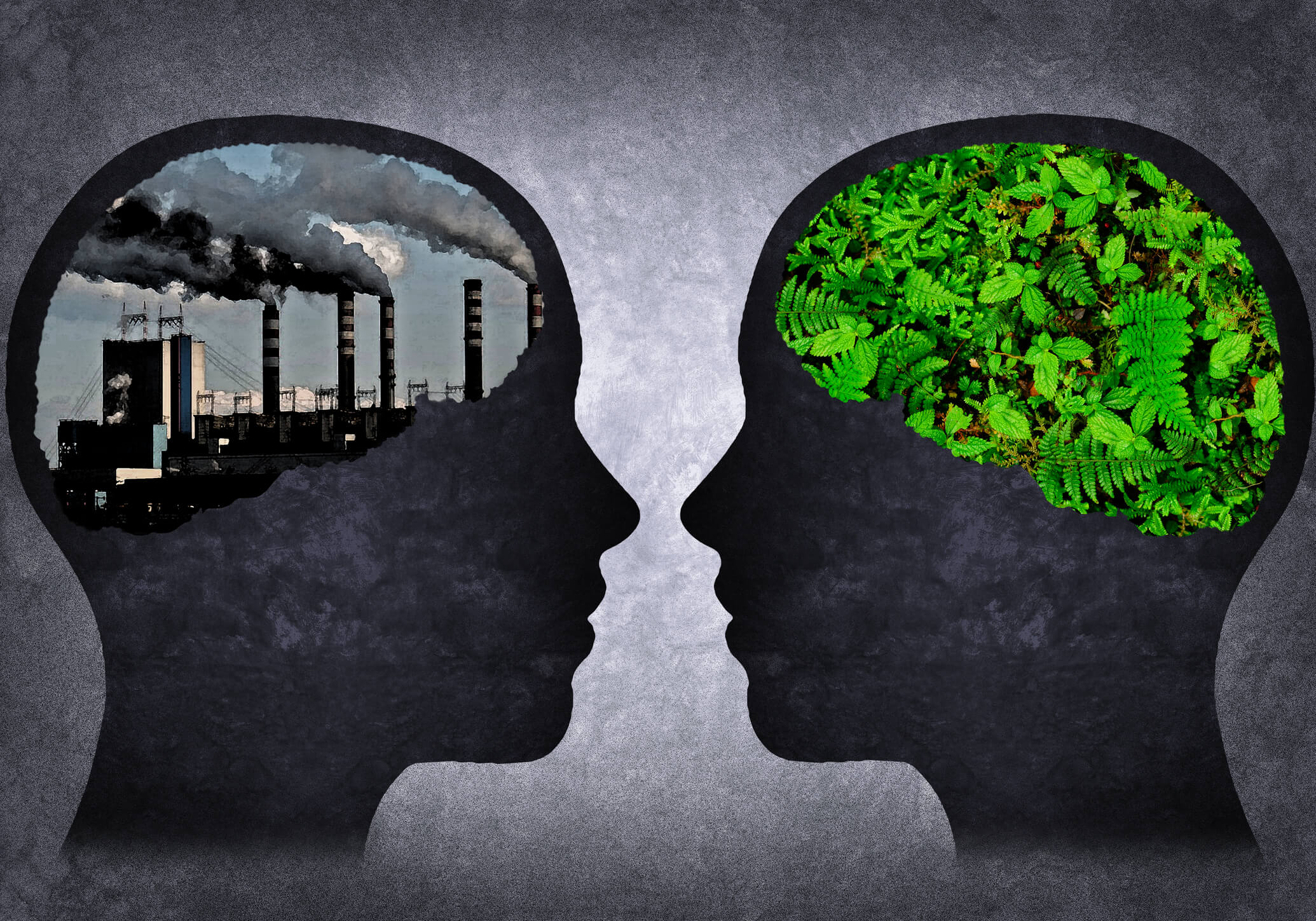 By Kasra Zarei • This story was originally published in November 2020 on Ensia, a solutions-focused media outlet published at the University of Minnesota’s Institute on the Environment. Read the original story here.

When it comes to the health impacts of air pollution, most people think of lung and heart issues. However, a growing body of research suggests our brains could be at risk as well.

The brain starts developing weeks after conception, and like the rest of the body, continues to change throughout the rest of life, facing the threat of many environmental hazards — whether old, new, unknown, or unregulated. For instance, the effects of lead and mercury on the brain have been known for decades and still present a large global health problem. Many pesticides are neurotoxic, and yet remain available for use. Recent evidence suggests that fluoride, a compound used in public water supplies to reduce tooth decay, may also be neurotoxic.

But even the air humans breathe is associated with an increase in the risk of many brain-related conditions — whether people are exposed as children or as adults. Although US air pollution levels have come down in the past few decades, it’s been well-established how environmental contaminants and air pollution are linked to chronic medical conditions like asthma, chronic obstructive pulmonary disease (COPD), and heart disease. And air pollution kills millions of people every year. Like other organs, the brain is not immune to environmental contaminants, and there is increasingly compelling evidence that air pollution is linked with conditions including autism spectrum disorders, dementia, and lower cognition.

While neurodevelopmental and neurodegenerative disorders have their own unique features, many share a lot of the same underlying brain tissue changes — and air pollution may exacerbate them.

“The risk of air pollution on the brain is a much broader risk factor than we’ve given it credit for,” says Deborah Cory-Slechta, professor of environmental medicine at the University of Rochester Medical Center.

Air pollution can include a cocktail of things, from industrial emissions to heavy metals to pesticides to particulate matter and other airborne contaminants that can harm the human body, including, it seems more and more likely, the brain. Besides studying the brain-related health risks of individual contaminants in air pollution, scientists have studied how levels of particles that are 10 micrometers or smaller (PM10) and particles that are 2.5 micrometers or smaller (PM2.5) are associated with brain-related conditions.

“We’re not just trying to prevent brain disease, we’re trying to protect optimal brain development to support the highest possible functioning level and quality of life in the interest of the next generation and society.”

Experts say that exposure to air pollution can potentially lead to brain inflammation. Inflammation is the body’s natural, protective response to fight harmful contaminants; however, too much inflammation may lead to brain-related impairments and disease. Besides inflammation, accumulation of magnetite particles and amyloid plaques (an Alzheimer’s-associated protein) have been observed in the brains of humans and animals exposed to air pollution.

Brain damage, whether in children or adults, can have a lifelong impact.

“The main concern is really that even minor dysfunction of the brain can have dramatic consequences,” Grandjean says. “You can live a normal life with decreased liver function, and you can donate a kidney for transplantation, and it won’t affect your health. But for the brain, every IQ point is important.”

While IQ is not a comprehensive measure of brain or social functioning, it has provided a good sense of whether contaminants may be damaging the brain, and losing IQ points can potentially impact one’s quality of life, education, and income.

“In regard to the brain, we need to prevent even the smallest adverse effects,” Grandjean says. “We’re not just trying to prevent brain disease, we’re trying to protect optimal brain development to support the highest possible functioning level and quality of life in the interest of the next generation and society.”

Some skeptics are quick to point out that the large number of human studies that have been published are observational, which they dismiss because a causal link between air pollution and adverse brain health hasn’t been demonstrated.

“If we let everything run on the free market and intervene when people develop signs and symptoms, we’ve missed the window of opportunity. If we took this science seriously, we could dramatically reduce exposure to hazardous chemicals.”

In the battle to protect human health from air pollution, there has been some recent encouraging news. California recently passed legislation to require all cars sold in the state to be electric by 2035; currently, transportation is the biggest source of emissions in the state, and in announcing the legislation, the state’s governor, Gavin Newsom, said, “For too many decades, we have allowed cars to pollute the air that our children and families breathe.” The move may gradually impact the automobile industry and motivate other states to pass similar legislation. Furthermore, researchers have estimated that the Regional Greenhouse Gas Initiative, a cooperative effort involving a growing number of northeastern and mid-Atlantic states to reduce greenhouse gas emissions, has prevented hundreds of cases of childhood illnesses (including autism) and saved hundreds of millions of dollars in costs.

Given these recent events, “you can see that we can accelerate the progress quite a bit,” Lanphear says. “But even if we do the science, testify in front of Congress, and serve on advisory boards — that is not sufficient [for change]. It’s not until the public gets involved.”

“We wait until the impairments are so obvious — but this is all structural, and it can be changed.”

For members of the public, actionable steps can take many forms, experts say, including limiting their own contributions to pollution, publicly voicing their concerns (as was the case in the Flint water crisis), supporting tighter regulation of known environmental hazards, challenging people who are skeptical of science, and supporting candidates for elected office who will protect the environment and human health.

But, says Irva Hertz-Picciotto, director of the UC Davis Environmental Health Sciences Center, “the burden shouldn’t be on everyone for every product we buy and eat. Too much happens after the fact. We wait until the impairments are so obvious — but this is all structural, and it can be changed.”

For scientists and public health experts, prevention makes the most sense.

“If we let everything run on the free market and intervene when people develop signs and symptoms, we’ve missed the window of opportunity,” Lanphear says. “If we took this science seriously, we could dramatically reduce exposure to hazardous chemicals.”

Hertz-Picciotto notes there are moneyed interests in maintaining the uses of certain chemicals, and that some pollutants that need to be regulated are already known, but protections that have been in place are in some ways being systematically dismantled. According to academic experts and non-governmental organizations, there are many chemicals that need regulatory oversight, as well as a growing trend in recent years of increased rollbacks of environmental legislation that will allow more pollution and a decrease in prosecutions of pollution-related violations of existing laws.

Meanwhile, some contaminants remain unregulated. For instance, unlike PM10 and PM2.5, ultrafine particles (that are 100 nanometers or less in diameter), including those generated from diesel exhaust, are unregulated everywhere despite having a relatively large surface area and ability to carry contaminants. Furthermore, most experts believe the ultrafine components of pollution carry the most adverse effects.

With US Environmental Protection Agency regulations, there have been reductions in PM10 and PM2.5 levels, but no organizations monitor ultrafine particles, let alone regulate them.

“In the nano-range, there’s a whole realm of effects of what’s happening biologically, including for nano-plastics — the normal defense systems in the brain and body don’t really pick them up,” Cory-Slechta says.

The effects of ultrafine particles on the brain are not all known yet, and there are likely more neurotoxic pollutants in the world that scientists are yet to discover. These risks are causes for concern — because each human only has one chance to develop a brain.

Kasra Zarei wrote this story as a participant in the Ensia Mentor Program. The mentor for the piece was Brian Bienkowski.

In this regard, the AirDoctor is something of a breakthrough. It’s the most affordable air purifier we’ve found that removes both particulate matter and gasses. And right now, they’re offering Food Revolution Network members a special price, plus they’ll make a contribution to support Food Revolution Network’s work if you make a purchase using this link: Click here to find out more. 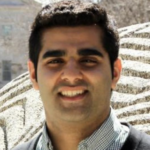