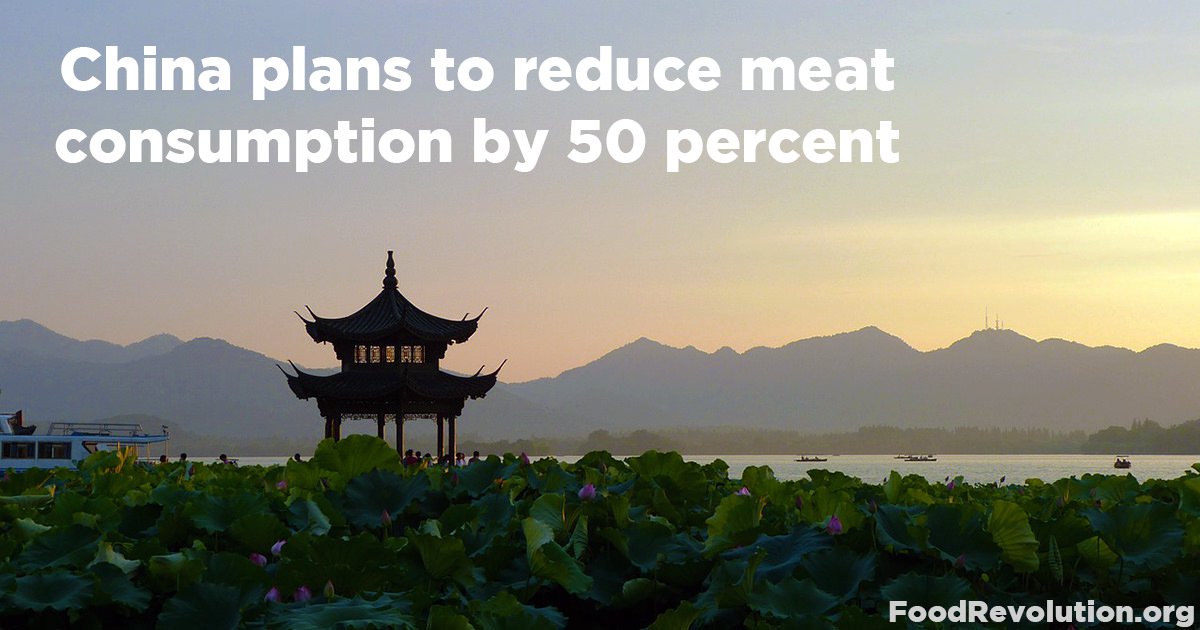 The guidelines encourage the nation’s 1.3 billion people to reduce their meat consumption by 50% between now and 2030.

If achieved, these guidelines would lead to a reduction in meat consumption that would be greater than all the meat currently consumed in the United States.

The Chinese communist party has found unusual allies. Former California Governor Arnold Schwarzenegger and Avatar producer James Cameron have produced a series of provocative videos aimed at supporting the cause.

Here’s a look behind the scenes of their efforts:

In the last 30 years, Chinese meat consumption has quadrupled.

Tragically, more than 114 million people in China are now suffering from diabetes, according to a 2013 study published in the Journal of the American Medical Association. And 28% of men and 27% of women are overweight or obese, as found in a paper published in The Lancet.

The primary goal of these new guidelines is to improve the health of the Chinese people. But this dramatic change would also have an extraordinary impact on the world’s climate, water supplies, and food security. Millions of lives would be saved, and greenhouse gas emissions would be reduced by a billion tons per year.

A global switch to diets that rely less on meat and more on fruit and vegetables would have staggering benefits, researchers from the Oxford Martin School reported in March 2016. Such a shift could save up to 8 million lives by 2050 and reduce food-related greenhouse gas emissions by two-thirds, and lead to healthcare-related savings and avoided climate damages amounting to $1.5 trillion.

China’s new guidelines are a huge step in that direction.

Currently, the average Chinese person eats 63 kg of meat per year. The new guidelines call for reducing this to 14 kg to 27 kg per year — which would be the most rapid drop in meat consumption by a population even remotely near this large in world history.

For the last 30 years, China has been following the American example — with an explosion of restaurants like KFC and McDonald’s — and with a corresponding explosion in rates of a long list of diet-related diseases. But now, the nation is seeing where this path leads — and is beginning to change its course. Perhaps now, the United States will follow China’s lead.

The future of the planet may depend on it.