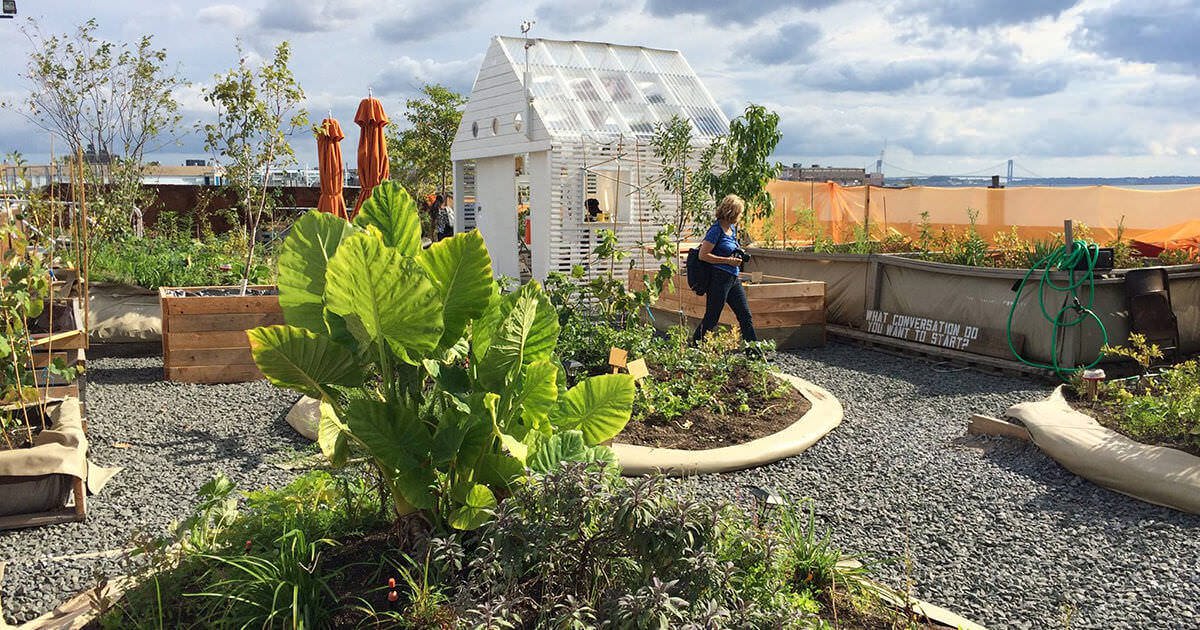 Swale aims to turn public art into public service by providing free fruits and vegetables to all.

In the spring of 2010, The New York Times made a mistake that required more than a sidebar correction. “On Second Thought, Don’t Eat the Plants in the Park,” read the City Room blog headline. The story retracted earlier advice to pick the delicious daylily shoots in Central Park. It’s illegal, for starters—but there was something else.

“It’s like the old adage here,” Adrian Benepe, the city’s parks commissioner, told the paper. “If 15 people decide to go harvest daylilies to stir-fry that night, you could wipe out the entire population of daylilies around the Central Park reservoir.”

This is the principle behind the tragedy of commons, an economic theory that says shared spaces result in selfishness. It’s a theory Swale—a free-to-all floating garden docked at Brooklyn Bridge Park’s Pier 6—has disproved since it began traveling New York’s waterways in June.

“Nobody has really overpicked,” said artist 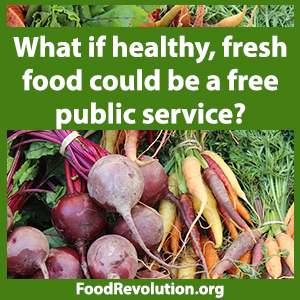 Mary Mattingly, who helped design the garden. That people would show care, generosity, and enthusiasm for the shared space was always the hope—but it became “the thing we have definitely learned on this project,” Mattingly said.

Working with a host of collaborators, Mattingly planted a 130-by-40-foot floating platform garden that’s produced an edible Eden of fruits and vegetables: raspberries, grapes, strawberries, apples, persimmons, potatoes, asparagus, bok choy, chamomile, and comfrey. It’s a project that sits at the intersection of public service and public art, and because it’s on the water, Swale slips through the city’s prohibition on growing and picking food in public spaces.

About 500 people wander through the space each day, discovering the medicinal properties and uses for the plants and herbs and harvesting whatever they please. The perennial garden was designed according to food forest principles. The low-maintenance design system uses companion planting to add nitrogen to the soil, which creates a productive hybrid of garden, orchard, and woodland.

“It grows back the next year stronger and bigger and provides more food every year,” Mattingly said. “It’s kind of the opposite of what agricultural annual farming does.”

The barge has docked throughout the city, but the response has been most enthusiastic in Brooklyn, Mattingly said. The borough has the greatest food insecurity in the city, according to a study released in September by the Food Bank for New York City, a finding that surprised even the boss of the organization.

Swale’s mission differs from that of more traditional antihunger organizations, which might focus on finding support and food for families to eat after benefits from state and federal nutritional assistance programs and free school lunches have been exhausted. Rather, it aims to “reimagine food as a public service” in which more fresh food could be available for free and accessible to people throughout the city.

“What we’re hoping with growing more edible perennials in public spaces is that people will have access to fresh healthy food and for free,” she said. “What if we could make it safer and more of it? That’s not saying that you’re going to get all of your food. It’s more about regeneration or resiliency.”

It seems more possible than ever. This month, Swale held a public panel discussion with the New York City Department of Parks and Recreation, the U.S. Forest Service, and community garden representatives to talk about foraging concerns and how to make safe spaces for public food production in the city. The parks department’s concerns are numerous but “not insurmountable,” Mattingly said.

“Our goal is really to align with New York City Parks and be at a pier in a New York City park permanently,” she said. “That’s what we’re working on.”

Until next month, when the barge will travel upstate to overwinter, visitors can fill a tote bag with kale, taste a leaf of comfrey, or gather a handful of mint. They can taste and touch and start talking.

“There’s enough to start conversations that most people don’t have as they go about their daily business, and that’s what makes it wonderful,” said photographer Joey O’Loughlin, whose exhibit Hidden in Plain Sight puts faces to the plight of hunger in New York City. “You’re starting to have a conversation about fresh food in a real way.”

Being parked at bustling Brooklyn Bridge Park—amid soccer games and barbecues and throngs of people—brings the issues of food accessibility front and center.

“There’s all kinds of ways to get people literally on board,” O’Loughlin said. “If you start to feel ownership of what’s possible from the planet, then there’s demand to create affordable food for everyone.”

Thank you to TakePart.com for allowing us to repost this article.

What do you think of this idea? Should food forests be in more places? Tell us in the comments what you think.