Why It’s Time to Rethink U.S. Health Care and Food 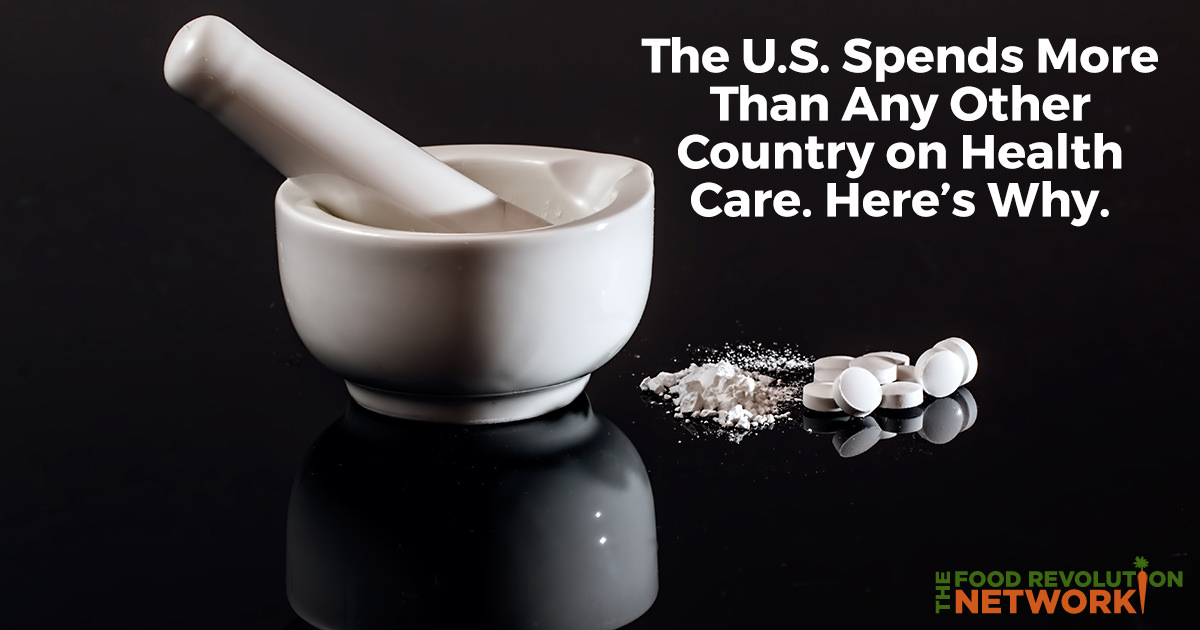 A study published December 28, 2016, in JAMA shares a shocking new analysis of American health spending. The study examines costs of 155 conditions, and it turns out that just 20 problems account for half of all spending.

U.S. health spending always grows but it grew at an especially fast rate last year to over $3.2 trillion, a number so big that it’s hard to wrap your head around.

And it wasn’t just the skyrocketing price of EpiPens that drove it, though spending on prescription drugs grew at an unprecedented rate, too.

The most expensive condition, diabetes, totaled $101 billion in diagnoses and treatments, growing 36 times faster than the cost of ischemic heart disease, the number-one cause of death, over the past 18 years.

“While it is well known that the US spends more than any other nation on health care, very little is known about what diseases drive that spending.” said Dr. Joseph Dieleman, lead author of the paper and Assistant Professor at the Institute for Health Metrics and Evaluation (IHME) at the University of Washington.

The annual medical spending report from the federal government shows the country spent $3.2 trillion on health care in 2015, 5.8 percent more than in 2014.

How much is that for each of us? Close to $10,000 per person, way more per capita than in any other comparable country.

In other words, our resources are tied up managing disease.

“Health care spending grew 2.1 percentage points faster than the overall economy in 2015,” the team at the Office of the Actuary at the Centers for Medicare & Medicaid Services (CMS) reported in December, Today, 90 percent of Americans have health insurance coverage.

The federal government funded the expansion for Medicaid which contributed to the the growth in federal health spending. And private health insurance spending increased 7.2 percent in 2015 (up from 5.8 percent in 2014).

And the #Epigate factor? It turns out that spending on prescription drugs grew at an especially high rate — up 9 percent over 2014 for a total of $324.6 billion.

Only 6% of personal health care spending was on well-care, which is all care unrelated to the diagnosis and treatment of illnesses or injuries. Of this, nearly a third of the spending was on pregnancy and postpartum care, which was the 10th-largest category of spending.

So what does that mean? 94% of the $3.2 trillion that we spend on health care in the United States is spent on disease management. 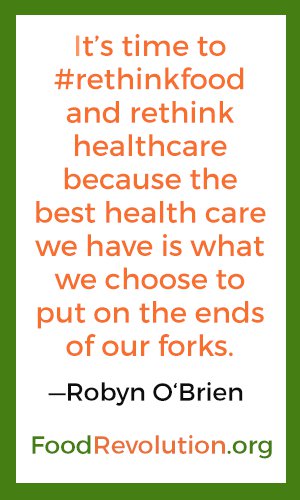 The top 10 most costly health expenses were:

Within a decade, close to a fifth of the American economy will consist of health care.

In America, sickness sells. It is driving almost 20% of our economy. How will we compete in the global marketplace in another twenty years if our capital is tied up managing disease?

It’s time to #rethinkfood and rethink healthcare because the best health care we have is what we choose to put on the ends of our forks.