The First Sustainable Urban Agrihood in the U.S. Could Serve As A Model for Urban Development 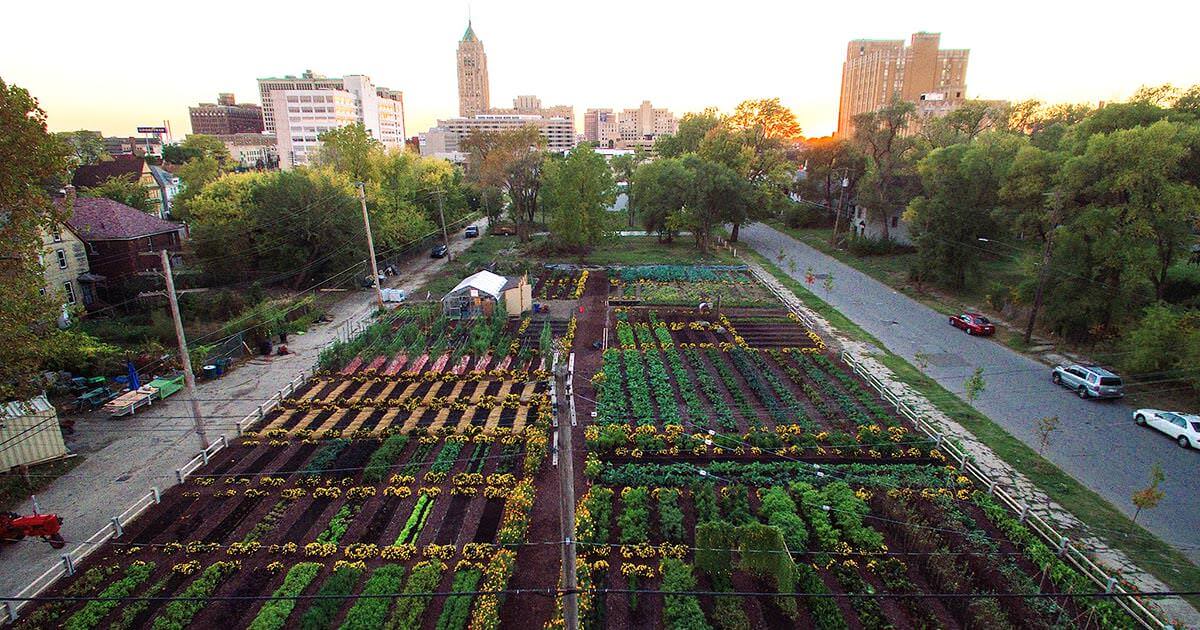 Could fresh, healthy, affordable food be the future of urban neighborhood development?

In Detroit, Michigan, “the first sustainable urban agrihood” in the U.S. centers around an edible garden, with easily accessible, affordable produce offered to neighborhood residents and the community.

Each year, this urban farm provides fresh, free produce to 2,000 households within two square miles of the farm. They also supply food to local markets, restaurants, and food pantries.

The concept of agrihoods isn’t new —the Urban Land Institute estimated that about 200 agrihoods had been or were under construction across the U.S. — but this agrihood is unique because it’s the first truly urban agrihood. It plans to operate in a sustainable way, and is more accessible than most other agrihoods.

Agrihoods, also called agritopias or community-supported development, are an exciting concept because they create a remarkable improvement to the dominant food system.

They help tackle food insecurity and other community problems. They make it easy for people in low-income communities to get fresh, healthy food. And they give people a connection with the food they eat, the earth, and each other.

All about the first sustainable urban agrihood 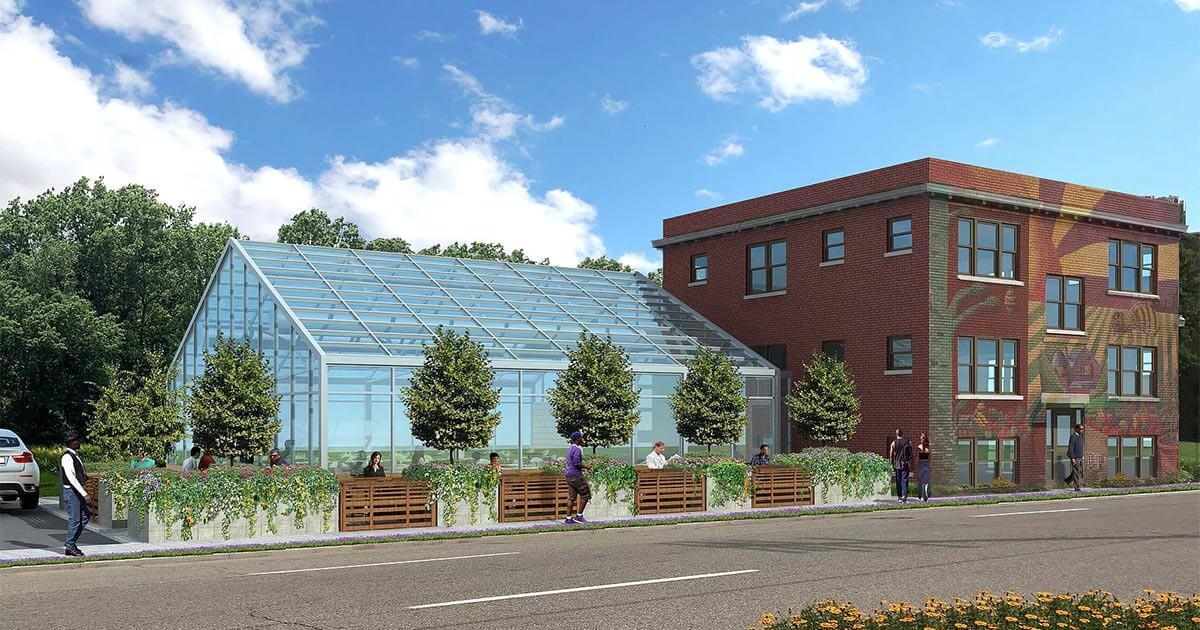 The first sustainable urban agrihood, which recently debuted in Detroit, is the project of the Michigan Urban Farming Initiative — an all-volunteer nonprofit, which seeks to empower urban communities using sustainable agriculture.

The three-acre development has vacant land, along with occupied and abandoned homes centered around a two-acre urban garden, with more than 300 organic vegetable varieties, like lettuce, kale, and carrots, as well as a 200-tree fruit orchard, with apples, pears, plums, and cherries, a children’s sensory garden, and more. According to a spokesperson for the Michigan Urban Farming Initiative, all the vegetables are grown using organic practices, and the only fertilizer the use on the farm is liquefied worm waste.

The nonprofit is also working on other projects that go beyond farming, including:

Other projects to make the place more sustainable include:

Could sustainable agrihoods work in other urban areas? 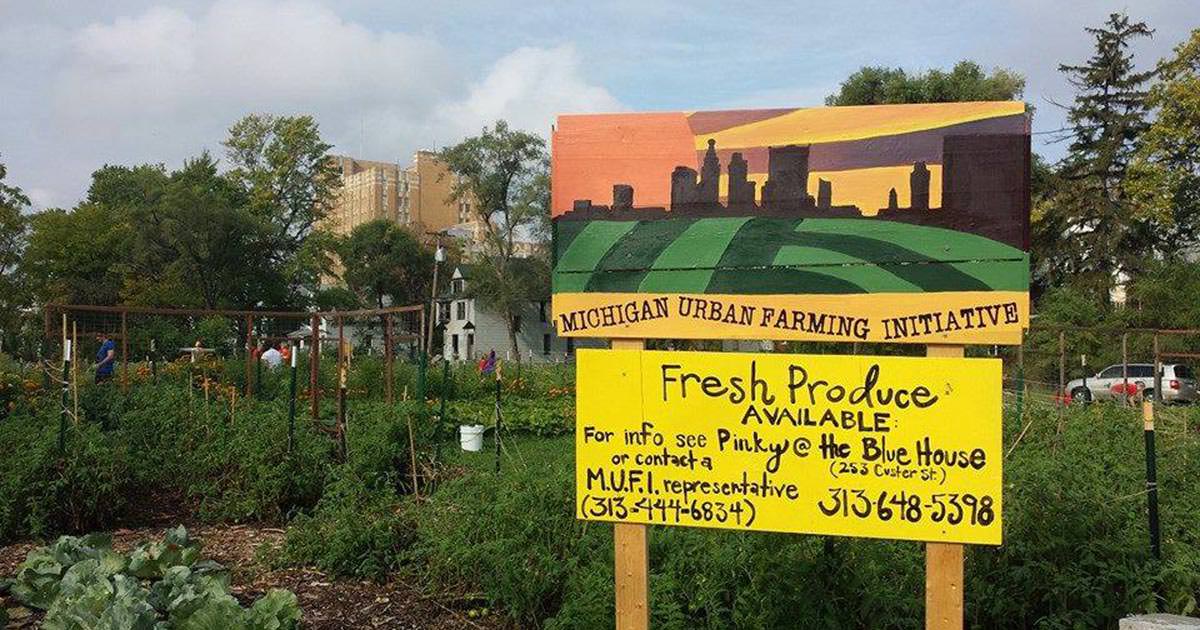 In the U.S., food travels 25% farther than it traveled about 20 years ago. With all this travel, freshness suffers and so does the environment. But more and more people are seeking out locally grown food, so communities that solve this problem in a sustainable way could make a big difference.

With its agrihood in Detroit, the Michigan Urban Farming Initiative is rethinking how urban spaces are developed and redefining what life in an urban environment looks like.

And perhaps other communities will look to this agrihood as a model to increase healthy, local food and to solve community problems, like hunger and access to fresh food — all while giving people a greater sense of community and happiness, creating more sustainability for cities, and improving our food system.

Here’s a video about the agrihood in Detroit:

They responded with the following:

“We have the fortunate opportunity to partner with some of the leading companies in Sustainability including BASF, General Motors, Herman Miller and Green Standards. Together we will restore a long-vacant building across from our farm into a community center that will be a showcase of sustainability and materials. When completed, this building will be one of the most sustainable buildings in Detroit and perhaps even in the country, through leading innovations in energy efficiency, material sourcing and repurpose. It will serve residents with educational and nutritional programs, event space, and more. We are also repurposing a greenhouse into a healthy food café and commercial production space that will feature ingredients from our farm. This is important because the North End of Detroit is a food desert.

There is no impact to the produce we grow or involvement in our garden as a result of support given by our partner companies. Our volunteers manage and harvest the farm.”

Now, tell us in the comments what you think: Could agrihoods be part of the future of urban development?

How to Get Maximal Nutrition from Your Food: Putting Food Combining, Sourcing, & Preparation Methods to Work for You

Zinc: Benefits, Risks, & How Much You Need

Arsenic In Rice: How Concerned Should You Be?

Drinking Water Treatment: When It’s Necessary & What Your Options Are

Blenders vs Juicers: Pros & Cons of Blending and Juicing