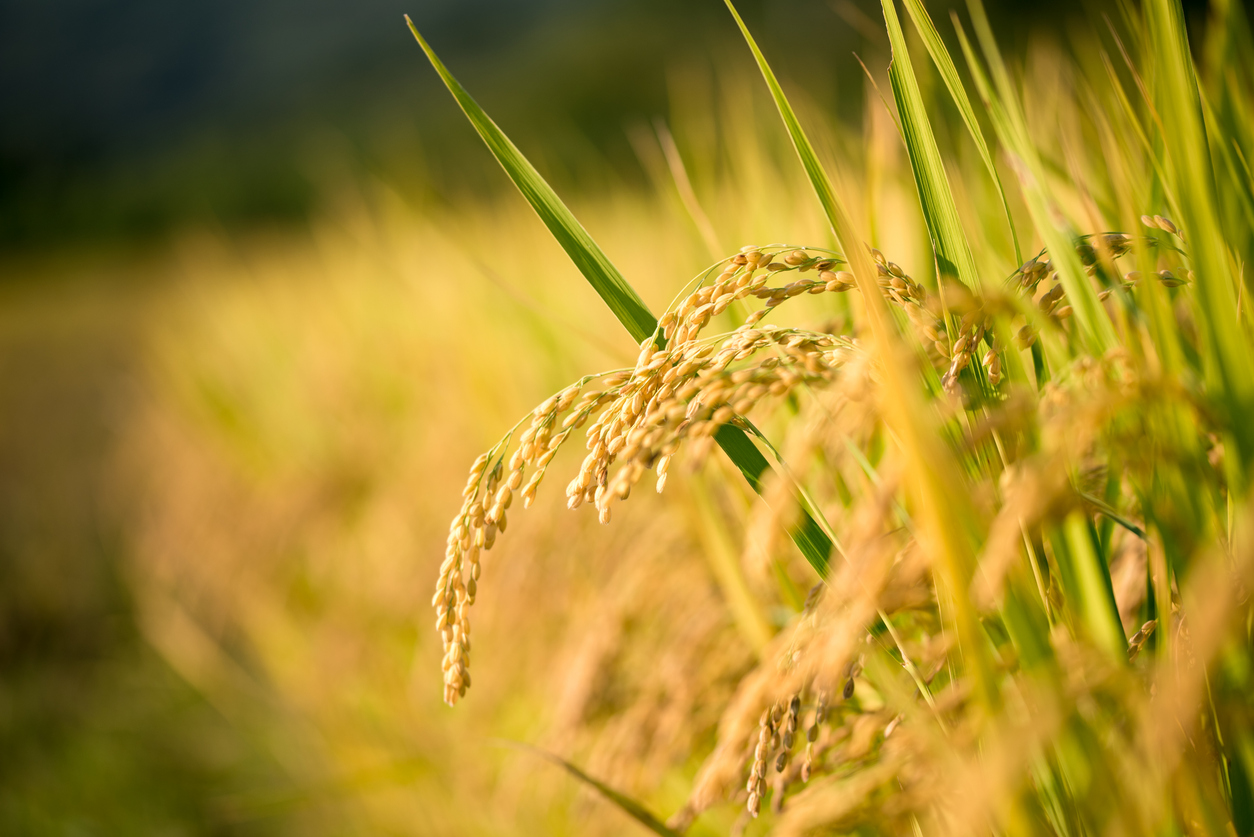 Can genetically engineered foods like golden rice help feed the hungry? Are anti-GMO activists and over-zealous environmentalists standing in the way of feeding the hungry?

The hope that GMO foods might bring solutions to malnutrition and world hunger was never more dramatically illustrated than when Time magazine ran a cover story titled “Grains of Hope.” In the article, Time announced the development of a genetically engineered “golden rice.” This new strain of GM rice has genes from viruses and daffodils spliced into its genetic instructions. The result is a form of rice that is a golden-yellow color (much like daffodil flowers). And it produces beta-carotene, which the human body normally converts into Vitamin A.

Nearly a million children die every year because they are weakened by Vitamin A deficiencies. And an additional 350,000 go blind. Golden rice, said Time, will be a godsend for the half of humanity that depends on rice for its major staple. Merely eating this rice could prevent blindness and death.

The development of golden rice was, it seemed, compelling and inspiring evidence that GM crops could be the answer to malnutrition and hunger. Time quoted former U.S. President Jimmy Carter: “Responsible biotechnology is not the enemy, starvation is.”

How Biotech Perpetuated This GMO Myth

Shortly after the Time cover story, Monsanto and other biotechnology companies launched a $50 million marketing campaign, including $32 million in TV and print advertising. The ads, complete with soft focus fields and smiling children, said that “Biotech foods could help end world hunger.”

Other ad campaigns have followed. One Monsanto ad tells the public: “Biotechnology is one of tomorrow’s tools in our hands today. Slowing its acceptance is a luxury our hungry world cannot afford.”

Within a few months, the biotech industry had spent far more on these ads than on developing golden rice. Their purpose? “Unless I’m missing something,” wrote Michael Pollan in The New York Times Magazine, “the aim of this audacious new advertising campaign is to impale people like me — well-off first-worlders dubious about genetically engineered food — on the horns of a moral dilemma… If we don’t get over our queasiness about eating genetically modified food, kids in the third world will go blind.”

The Real Truth About Golden Rice

If you believe the ads, you’d think that lifesaving food is being held hostage by anti-science activists.

In the years since Time proclaimed the promises of golden rice, however, we’ve learned a few things.

For one thing, we’ve learned that golden rice will not grow in the kinds of soil that it must to be of value to the world’s hungry. To grow properly, it requires heavy use of fertilizers and pesticides. These are expensive inputs that are unaffordable to the very people the variety is supposed to help. We’ve also learned that golden rice requires large amounts of water. This is a problem because water might not be available in precisely those areas it’s most needed.

And one more thing. It turns out that golden rice doesn’t work, even in theory. Malnourished people are not able to absorb Vitamin A in this form. Even if they could, they’d have to eat an awful lot of the stuff. An 11-year-old boy would have to eat 27 bowls of golden rice a day in order to satisfy his minimum requirement for the vitamin.

Where Vitamin A Deficiency Comes from in the First Place

I’m sure that given enough time and money, biotech companies could develop viable genetically modified (GM) crops that contain more nutrients or have higher yields. But I’m not sure that even if that were to happen, it would actually benefit the world’s poor. Monsanto and the other biotech companies aren’t developing these seeds with the intention of giving them away. If people can’t afford to buy GM seeds, or if they can’t afford the fertilizers, pesticides, and water the seeds require, they’ll be left out.

Poverty is at the root of the problem of hunger. As Peter Rosset, director of Food First, reminds us, “People do not have Vitamin A deficiency because rice contains too little Vitamin A, but because their diet has been reduced to rice and almost nothing else.”

A Further Explanation from George Monbiot

And what, pray tell, has reduced these people to such poverty and their diets to such meager fare? In the words of the British writer George Monbiot:

“GM technology permits companies to ensure that everything we eat is owned by them. They can patent the seeds and the processes which give rise to them. They can make sure that crops can’t be grown without their patented chemicals. And they can prevent seeds from reproducing themselves. By buying up competing seed companies and closing them down, they can capture the food market — the biggest and most diverse market of all.

“No one in her right mind would welcome this. So the corporations must persuade us to focus on something else… We are told that… by refusing to eat GM products, we are threatening the developing world with starvation, an argument that is, shall we say, imaginative…”

Maximum Profits for Corporations Not Farmers

The biotech companies have invested billions of dollars because they sense the potential for enormous profit. And a means to gain control over the world’s food supply. Their goal is not to help subsistence farmers feed themselves. Their goal is maximum profit.

While Monsanto would like us to believe they are seeking to alleviate world hunger, there is actually a very dark side to the company’s efforts. For countless centuries, farmers have fed humanity by saving the seed from one years crop to plant the following year. But Monsanto, the company that claims its motives are to help feed the hungry, has developed what it calls a “Technology Protection System” that renders seeds sterile. Commonly known as “terminator technology” and developed with taxpayer funding by the USDA and Delta & Pine Land Company (an affiliate of Monsanto), the process genetically alters seeds so that their offspring will be sterile for all time. If employed, this technology would ensure that farmers cannot save their own seeds, but would have to come back to Monsanto year after year to purchase new ones.

Critics refer to these genetically engineered seeds as suicide seeds. “By peddling suicide seeds, the biotechnology multinationals will lock the world’s poorest farmers into a new form of genetic serfdom,” says Emma Must of the World Development Movement. “Currently 80% of crops in developing countries are grown using farm-saved seed. Being unable to save seeds from sterile crops could mean the difference between surviving and going under.”

To Monsanto and other GMO companies, the terminator and other seed sterilizing technologies are simply business ventures designed to enhance profits. In this case, there is not even the implication of benefit to consumers.

I wish I could speak more highly of GM foods and their potential. But the technology is now held tightly in the hands of corporations whose motives are, I’m afraid, very different from what they would have us believe.

Despite the PR, Monsanto’s goal is not to make hunger history. It’s to control the staple crops that feed the world.