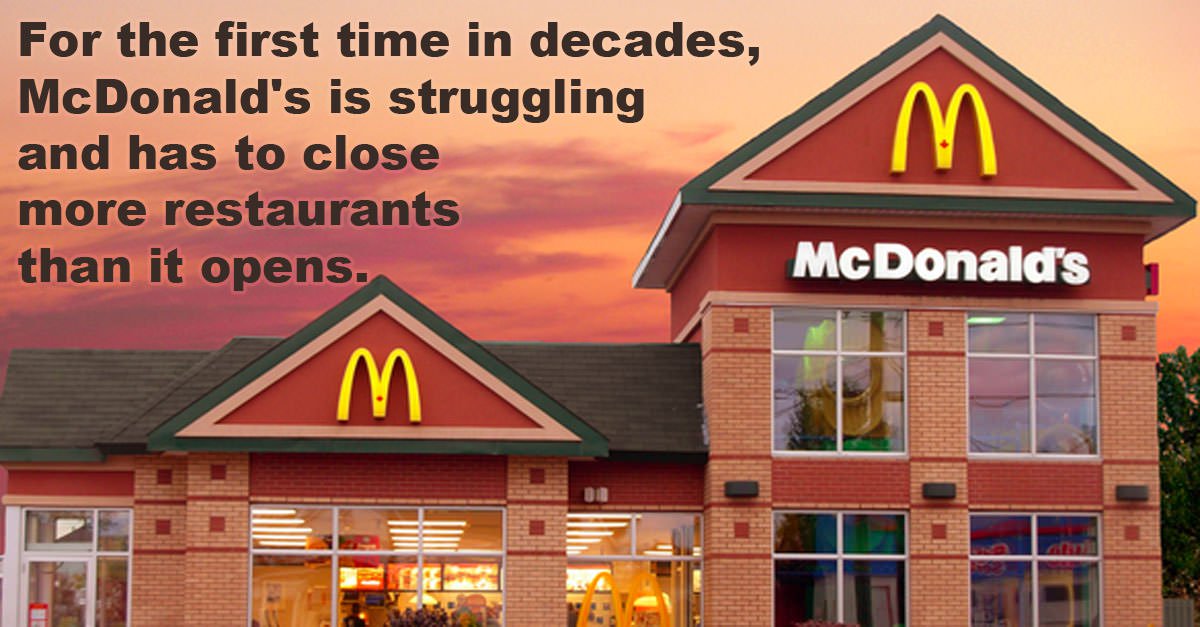 Finally, our efforts to avoid processed foods and Frankenfoods are paying off. For the first time in decades, McDonald’s is struggling and has to close more restaurants than it opens after worldwide drops in sales. According to an Associated Press review of McDonald’s regulatory filings, this hasn’t happened since 1970.

Earlier this year the fast food giant announced the closing of 350 underperforming locations, but recently admitted it had to close an additional 350 restaurants in the U.S., Japan, and China. The closings include both franchises and company-owned locations.

While this number may seem small compared to their total of about 14,300 locations, the iconic “Golden Arches” are under fire.

McDonald’s has reported an 11 percent decrease in revenue and a 30 percent drop in profit for the first three months of 2015. This is a continuation of their struggle as the competition in the US and Europe is getting tougher and food safety issues in Asia had to be addressed.

Other growing fast-food chains, like Burger King, Five Guys Burgers, and Chipotle, are luring customers to their side with better deals and healthier options. But that’s not their biggest concern at the moment. Our rising interest in nutrition and our demand for healthier, organic foods is what’s truly troubling them.

The fast food giant has known a rapid expansion through history. Since McDonald’s opened his doors for the first time in 1955 it has known great growth and prosperity by offering affordable and addictive meals. It even thrived during the economic crisis with the Dollar Menu.

But times have changed. People are getting more aware about what they are putting into their body and demand fresh, unprocessed ingredients in their menu options.