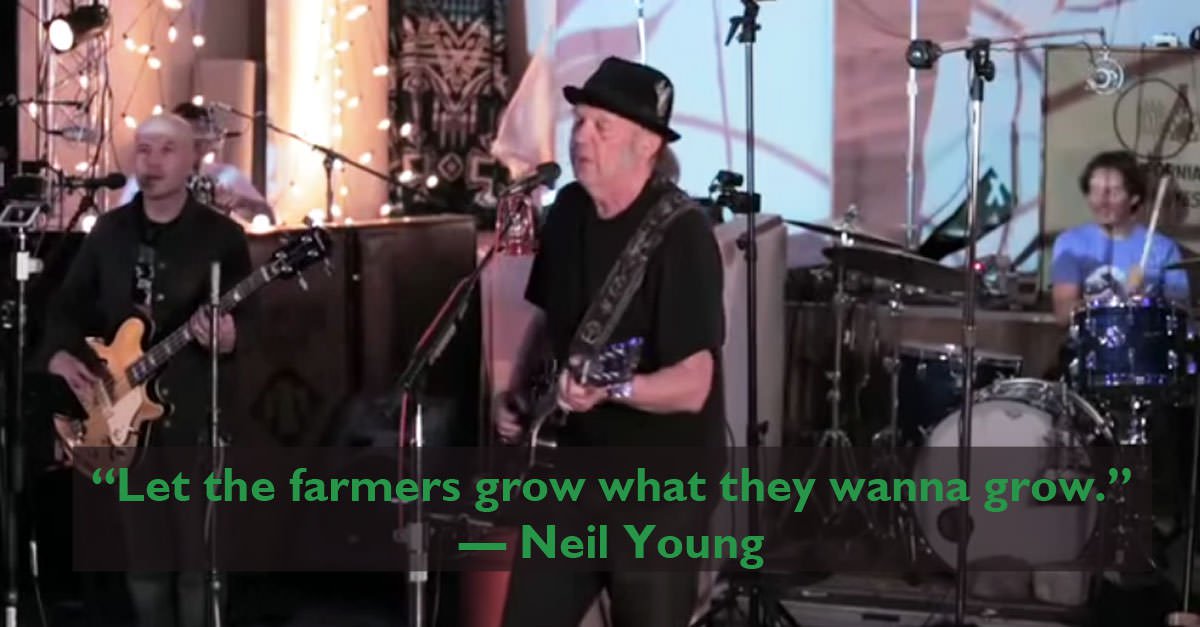 “Let the farmers grow what they wanna grow.” This is a line in Neil Young’s first single off his anti-GMO album The Monsanto Years, which came out June 29 of this year.

The song is called “A Rock Star Bucks A Coffee Shop,” and it calls out Starbucks and Monsanto.

Listen to the song and watch the video below:

Another line in the song could be, “Let the people know what they wanna know.” More and more people are demanding to know what’s really in the food they eat and buy for their families. And they are demanding for GMO labeling.

According to the Just Label It campaign, studies and surveys show how more than 90 percent of Americans believe GMO foods should be labeled.

As the maker of genetically engineered seeds, Monsanto doesn’t want genetically modified foods to be labeled and the corporation goes to a lot of trouble to stop it.

But this isn’t the only way Monsanto is interfering with people’s rights.

How Monsanto is practicing seed control

About a month after the release of his thirty-sixth studio album, Neil Young also released a mini-documentary called, Seeding Fear, which tells the story of a farmer named Michael White and his father Wayne who took on Monsanto in court.

When he released the film, the rocker wrote:

“On the human side, the film I would like you to see tells the story of a farming family in America, but the same thing is happening around the world. It is a story that takes 10 minutes of your time to see. It is a simple human one, telling the heartbreaking story of one man who fought the corporate behemoth Monsanto, and it illustrates why I was moved to write The Monsanto Years.”

As the video points out, Monsanto is a well-oiled machine. But people have power, too.

The farmer Michael White also says, “All giants fall. History repeats itself. Their day is coming.”

What do you think?

Are Oranges Good for You — or the Planet?

The Benefits of Cauliflower & How to Prepare This Versatile Veggie

Are Peas Good for You? — What You Need to Know About Peas and Pea Protein