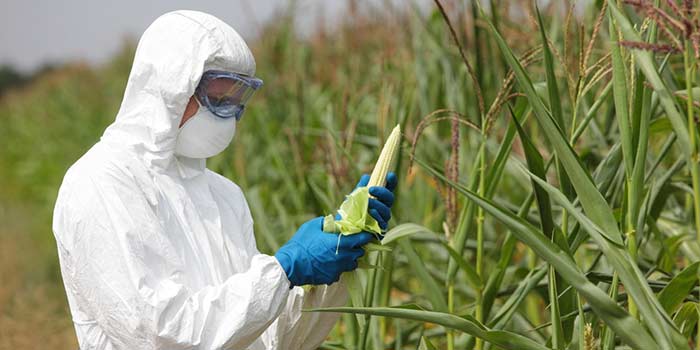 The Obama administration announced last week that it expects to approve corn and soybeans that have been genetically engineered by Dow Chemical company to tolerate the toxic herbicide — 2,4-D. They are planning this approval despite the fact that use of this herbicide is associated with increased rates of deadly immune system cancers, Parkinson’s disease, endocrine disruption, birth defects, and many other serious kinds of illness and reproductive problems.

Weed ecologists are unanimous in warning that approval of these crops will lead to vast increases in the use of this poisonous chemical. Researchers at Penn State say that in soybeans alone, planting of crops resistant to 2,4-D would increase the amount of 2,4-D sprayed on American fields to 100 million pounds per year — four times the current level. The researchers predict a cascade of negative environmental impacts, and add that the increasing use of the herbicide would actually worsen the epidemic of superweeds it is intended to address, by causing weeds to become resistant to multiple herbicides.

A coalition of 144 farming, fishery, environmental and public health groups have asked the USDA not to approve the 2,4-D resistant crops. Citing studies that predict dire consequences to both human and environmental health, they add the concern among farmers that 2,4-D would drift onto their property and kill their crops, causing serious economic damage in rural communities.

But you have a chance to prevent this from happening. We have now entered a 45 day period during which the USDA’s Animal and Plant Health Inspection Service (APHIS) is inviting public comments. The biotech industry continually reassures public officials and the public that genetically engineered foods reduce the amount of pesticides applied to our crops. Is this claim scientifically valid? Or is it just a myth propagated for PR purposes?

A recent study, conducted at Washington State University, provides a conclusive answer. The study was authored by agronomist Charles Benbrook, a former executive director of the National Academy of Sciences. Using official US Department of Agriculture data, he and his team of researchers looked at the effect on pesticide use of the first 13 years (from 1996 to 2008) of GM crop cultivation in the United States.

“Genetically engineered crops have been responsible for an increase of 383 million pounds of herbicide use in the U.S. over the first 13 years of commercial use of GE crops.” There may be controversy over whether GMO foods are safe for human consumption. But there is virtually no controversy over the fact that herbicides, like all pesticides, are dangerous. The enormous increase in herbicide use that has occurred as a direct result of the planting of genetically engineered crops has not only poisoned the air, the water, the soil, and farm workers. It has also been directly responsible for the development of the super-weeds that now plague 50% of our agricultural acreage. The biotech industry’s answer to these super weeds — their new corn and soy seeds that have been genetically engineered to be resistant to 2,4-D — would only make our food production systems even more tightly tethered to the pesticide treadmill that has produced the problem in the first place.

Monsanto and Dow Chemical company refer to their new 2,4-D-resistant seeds as an “innovation that works for tomorrow.” They call it “the future of farming.” But these genetically engineered seeds would actually take American agriculture back more than a half-century.  2,4-D was introduced in the 1940s, and became notorious during the Vietnam war for its use as part of the chemical weapon known as “Agent Orange.” This is why the 2,4-D-resistant crops developed by Dow AgroSciences are frequently referred to as “Agent Orange crops.”

Agent Orange, the defoliant used as a weapon of war in Vietnam, is a mixture of equal parts 2,4-D and another related herbicide, 2,4,5-T. The aircrews charged with spraying Agent Orange used a sardonic motto – “Only you can prevent forests,” a shortening of the famous forest service warning to the general public – “Only you can prevent forest fires.”

The biotech industry says that referring to crops that have been genetically engineered to be resistant to 2,4-D as “Agent Orange crops” isn’t fair. They acknowledge that 2,4-D was one of Agent Orange’s primary ingredients. But where is the evidence, they ask, that 2,4-D, by itself, is dangerous?

There is in fact considerable evidence linking the weedkiller 2,4-D, by itself, to cancer, lowered sperm counts, birth defects, neurological damage and other serious health harms. Dozens of studies in humans have reported an association between exposure to 2,4-D and non-Hodgkin’s lymphoma, a cancer of the white blood cells that can be fatal.

Convinced by such research, Denmark, Sweden, Norway and parts of Canada have banned 2,4-D. But instead of protecting the American people from this poison, the USDA is acting as a salesman for Dow. If we don’t stop this, we’ll soon be spraying massive quantities of 2,4-D on our fields and farms. That’s why it’s so important that you make your voice heard during this crucial 45 day window.

Monsanto, Dow, and the other corporations that stand to profit enormously from the use of these crops say that they are necessary to combat the epidemic of superweeds. But these superweeds have come into being precisely because of the overuse of Monsanto’s Roundup herbicide on crops that have been genetically engineered to be Roundup-resistant.

Monsanto’s Roundup Ready GMO technology was designed to enable farmers to weed their fields by spraying them with Roundup, killing the weeds but not the genetically engineered Roundup Ready plants. But what has happened, as many scientists warned it would, is that weeds have increasingly become resistant to Roundup, which has led to farmers using more and more of Monsanto’s weedkiller. This skyrocketing increase in herbicide use has been a disaster to biological diversity in our fields, for instance nearly wiping out milkweed, thus causing a severe decline in Monarch butterfly populations.

Meanwhile, the number of weeds resistant to Roundup has grown to epidemic levels. Weeds that can no longer be controlled by Roundup now infest roughly half of farmers’ fields. The biotech industry says the solution is their next generation of genetically engineered crops that are resistant to 2,4-D and other herbicides. But many scientists are warning that we’ll only see the same sad thing again. The effect will be to generate still more intractable weeds resistant to multiple herbicides. And then we’ll need even more toxic pesticides to address the problem.

It’s a chemical arms race. Fortunately, you can do something about it. How to Use GBOMBS: A Meal Plan & Recipes to Supercharge Your Diet