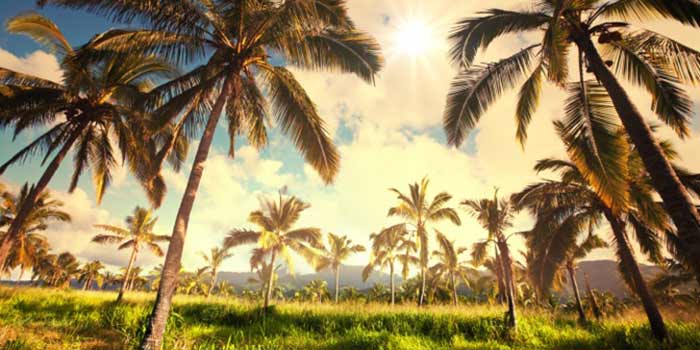 It’s official. The mayor of the island of Hawaii, Billy Kenoi, has signed bill 113 into law. This bill prohibits biotech companies from operating on the island, and it bans farmers from growing any new genetically altered crops. (The papaya industry, which has more than 200 farms on the island, is exempt from the bill.)

Hawaii is joining Mexico, which last month banned (on an interim basis) the planting of all genetically engineered corn, and Italy, which in July became the 9th European country to ban planting of Monsanto’s GMO corn.

Monsanto and its allies are trying to convince you and I and the rest of the American public that the case is settled and GMOs have been proven safe.  But counties and nations around the world are banning them. And a group of 230 scientists from around the world, including Dr. Belinda Martineau, who helped commercialize the world’s first GM food (the Flavor Savor tomato), recently joined together to sign a declaration that they: “deplore the disinformation over the safety of GMOs.” They add: “Claims that there is a consensus among scientific and governmental bodies that GM foods are safe, or that they are no more risky than non-GM foods, are false.” (Read the scientist’s statement in full here.) Do you think GMOs should be labeled?  If you do, you are far from alone.  The vast majority of people in the United States would like to see the country join 64 other nations, including all of Europe, in labeling GMOs. It’s a cause supported, according to polls, by 93% of the American public.

But last month the Grocery Manufacturer’s Association (GMA), funded by secret donations from the junk food industry, led a campaign to block labeling in the state of Washington. And now recently uncovered documents have revealed that the GMA is plotting a campaign for federal preemption that would permanently block any state from requiring mandatory labeling of GMOs.

Monsanto and the GMA want to keep you eating in the dark. That’s why the Food Revolution Network, for which I serve as CEO, has launched a campaign that seeks to peel away the GMA’s funding base, and expose the “natural” brands whose corporate owners are funding the GMA’s anti-labeling agenda. We’ve started with a petition and boycott campaign that targets Coca-Cola’s “healthy” brands.

Most people don’t realize that Coca-Cola owns Honest Tea, Odwalla, Zico Coconut Water, Simply Orange, and Vitamin Water.  And that this corporation, which sweetens most of its beverages with genetically engineered high fructose corn syrup, recently contributed more than $1 million in an illegal money laundering scheme to the cause of GMO secrecy. But now, hundreds of thousands of people like you are finding out and joining the campaign.

The people of Hawaii, and their mayor, have spoken.  Now it’s your turn.  Together, we can force Coca-Cola to honor the wishes of the vast majority of Americans who want to see GMOs labeled.

Click here to find out more and join the Coke Boycott Action Team.

Ocean Robbins is co-author of Voices of the Food Revolution, and serves as adjunct professor for Chapman University and CEO and co-host (with best-selling author John Robbins) of the 100,000+ member Food Revolution Network. Join the Coca-Cola brands boycott here.