VIDEO: What You Need to Know About Energy Drinks 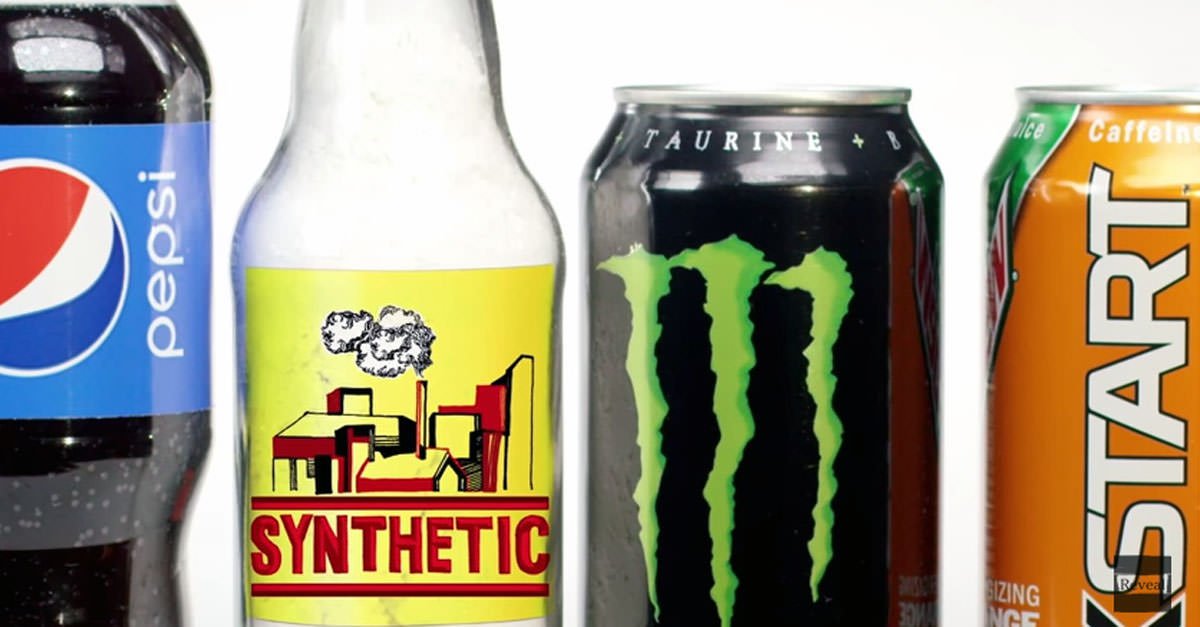 According to many studies, the caffeine naturally found in coffee and tea can have positive health effects. So the caffeine in sodas and energy drinks must be the same, right?

Sorry, but no. Partly, this is because the caffeine used in energy drinks and sodas is a synthetic substance, first created by the Monsanto corporation and now manufactured in China under dubious conditions.

And, partly, it’s due to how completely unregulated this chemical is, even when it’s added to our food supply.

The health benefits of caffeine

Natural caffeine comes from coffee beans and tea leaves (as well as Yerba Matte and a number of other plants) and has been found, in moderation, to provide a number of health benefits. For example:

Of course, even natural caffeine has its downsides, too. When too much is consumed, it can cause anxiety, insomnia, an increase in blood pressure, adrenal stress, and other harmful side effects.

But most of the caffeine in the food supply today is NOT natural caffeine. It’s synthetic.

Do natural caffeine (which comes from plants) and synthetic caffeine (which is produced in laboratories and manufactured in factories) have the same effect? No. The synthetic kind absorbs faster through the digestive system, causing a quicker spike — and a more sudden crash as well.

As the video above shows, it was Monsanto that first created synthetic caffeine. Now, it’s so widely used in our food, and with so little regulation, that you may be consuming far more of it than you realize.

U.S. coffee consumption peaked around 1950, and then it declined dramatically thereafter. That’s when we started drinking huge amounts of soda, and later, energy drinks.

These products are made with synthetic caffeine powder, which is extremely concentrated.  One tablespoon of this powder equals the amount of caffeine naturally found in about 50 cups of coffee.

Here’s a scary fact: One tablespoon of pure caffeine powder can be fatal for an adult. And in 2011, energy drinks caused more than 20,000 U.S. emergency room visits.

The federal regulation of caffeine

But despite its power and dangerous potential, synthetic caffeine goes largely unregulated and uninspected. Plus, energy drinks aren’t even required to display the amount of caffeine they contain.