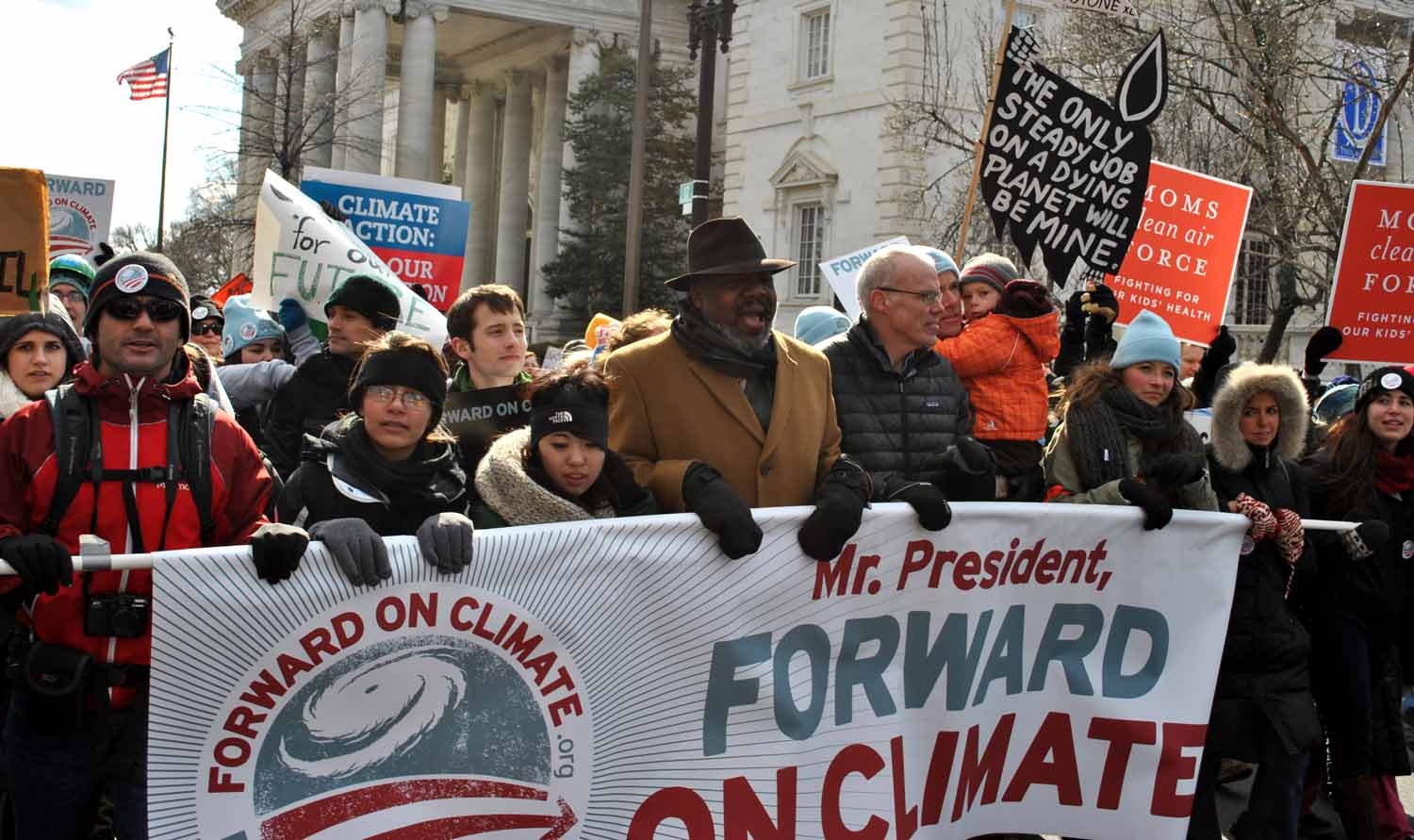 By Andrew Kimbrell • Founder and Director, Center for Food Safety | Photo from chesapeakeclimate

In order to avert another government shutdown, President Obama will sign a 1,600 page, 16 pound, $1.1 trillion spending bill–oddly called “the cromnibus.” While it may sound like a robot from the latest Transformers saga, it’s actually a term referring to the continuing resolution (CR) and omnibus–multiple bills combined into a single mega bill.

Given the dysfunctional process, it comes as no surprise that the climate deniers and the powerful agribusiness lobby have piled on policy riders. One could say this is business as usual, but that’d be wrong. We are facing a climate crisis. And, to quote the title of Naomi Klein’s new book, “This Changes Everything.” Unfolding in slow motion, the crisis threatens, among other things, to undo the 10,000 years of relative climate stability upon which successful food production depends.

While we all know how the energy companies are fighting greenhouse gas regulation, the role of industrial agriculture in creating climate destabilization and avoiding regulation is far less publicized. Few people know that when looked at as a whole, the current global food system contributes as much as 50% of greenhouse gases. No wonder agribusiness is trying to fly under the radar by quietly adding riders to elude responsible action that might cut into their profits. So here four examples of the “secret” riders in the cromnibus bill that prevent progress against the climate crisis:

1) The Environmental Protection Agency’s (EPA) budget has been cut by $60 million–marking the fifth consecutive year of funding cuts and bringing the agency’s budget to 1989 levels. The resulting shortfall in staffing could make it difficult for the agency to carry out its Supreme Court mandate of regulating greenhouse gases.

2) The spending package expressly forbids EPA from regulating methane emissions from animal livestock, the main culprits being the so factory farms or animal factories that also cause so much unnecessary suffering to billions of animals. Congress’ misguided action will hamstring the agency from being able to issue binding methane regulations in the future (current guidelines under the Methane Reduction Strategy are voluntary).

3) The popular Conservation Stewardship Program’s (CSP) funding has been cut significantly. These cuts will reduce the total number of acres enrolled in the program by 2.3 million (more than all of the farm acreage in the State of Maryland, which has over 12,000 farms). Lacking conservation incentives, this land is likely to be converted to industrial monocultures, which contribute to pollinator and biodiversity loss as well as greenhouse gas emissions.

4) On the international front, the cromnibus blocks the State Department from paying the President’s $3 billion pledge to the United Nations’ Climate Fund, which would enable developing countries to improve their climate resiliency, including in the agricultural sector.

President Obama has stated repeatedly that dealing with the climate crisis is a top priority for his remaining time in office. Nice rhetoric, but by signing this bill he is taking a major step backwards in that process. With the methane rider he is also allowing animal factories to continue their unregulated pollution that contributes to the climate crisis. With the climate deniers and agribusiness working hard to road block serious regulations addressing climate change, the Food Movement needs to redouble efforts to educate policy makers about how our food production system contributes to climate destabilization and fight for comprehensive regulations that begin to eliminate this threat.