In a Remarkable Triumph of Democracy Over Corporate Power, GMO Labeling Has Finally Arrived in the U.S. 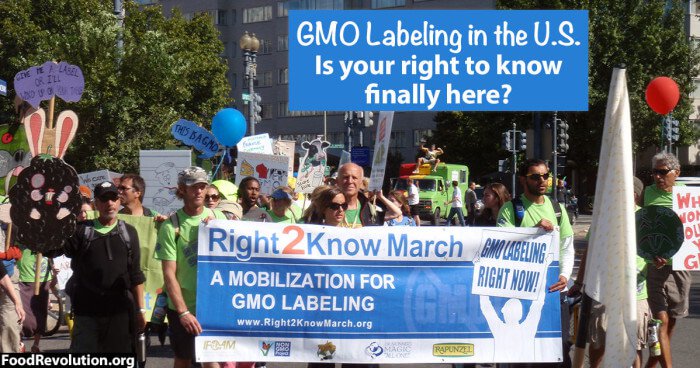 Is your right to know finally here?

For that last 15 years, numerous organizations and legislators have been battling to require the labeling of genetically engineered foods. During that time, 64 other countries have mandated this labeling, but not the U.S. Many of us in the food movement have said that it was not a matter of if we would join with these countries and have GE labeling, but when. Well, it looks like when may have finally arrived.

Over the course of just a few days, several major companies have announced they would label GE products, including Kellogg’s, ConAgra, Mars and General Mills. Earlier this year, Campbell’s announced it would label. What caused this wave of GE labeling? It certainly hasn’t been a sudden realization that more than 90 percent of Americans want labeling, which polls have shown for many years. And these companies have never been pro-labeling. Just the opposite. Each has spent hundreds of thousands of dollars to fund massive PR campaigns opposing various state GE labeling initiatives.

This sudden turnaround was actually triggered by a remarkable triumph of democracy over corporate power that took place last week in the U.S. Senate. That vote involved an attempt to pass what many call The Deny Americans the Right to Know (DARK) Act. This bill introduced by Senator Pat Roberts (R-KS) was specifically designed to rescind all state laws requiring labeling of GE foods. Of special concern was Vermont’s labeling law, which is scheduled to go into effect July 1, 2016.

Feeling the pressure of the Vermont deadline, the Grocery Manufacturers Association, Monsanto and other large chemical and industrial ag companies put enormous pressure on the Senate to pass the DARK Act. Against this array of powerful companies were tens of millions of Americans involved in the food movement.

Most mainstream media outlets predicted an easy victory for corporate power. But the companies soon realized they were in a serious battle. Their primary argument that labeling was going to raise the cost of food got shot down when the study they relied on turned out to be bogus, and food companies such as Campbell’s said the costs would be minimal. Their other argument was that without the DARK Act they would be confronted with a “patchwork” of different GE labeling laws. That argument also failed when it was demonstrated that Vermont’s requirements were the same as those in Connecticut and Maine, the only other states having voted for labeling.

Then they introduced a supposed “compromise” version of the DARK Act that would allow them to voluntarily indicate whether a product contained GE ingredients via QR codes, websites and call-in numbers. This proposal quickly ran into trouble when research showed millions of Americans could not even read QR codes. Half of low-income and rural Americans do not own smartphones, nor do two-thirds of the elderly. This grossly discriminatory scheme would also force shoppers to triple or quadruple their shopping time to find out about GE ingredients. They would have to call in to inquire about a product, or take a picture of each product with their phones and upload them, assuming they were able to get online.

The DARK Act was an obvious attempt to hide non-labeling under the guise of labeling. Senator Barbara Boxer correctly called the bill a “sham and an embarrassment.” Then it came down to the vote. By Senate rules, Monsanto and the big food companies needed 60 votes in the Senate to get the DARK Act to a final vote. Despite predictions, they didn’t even come close: the final vote was 49-48 against the bill. Democracy defeated corporate power. The right to know of Americans won. At that point, several major food corporations saw that they were not going to be able to bully the Senate into erasing the Vermont law or those of other states. Within hours, the dominoes began to fall as one corporation after the other announced they would comply with the Vermont labeling mandate.

Is the battle over? Hardly. Chemical companies, including Monsanto, and some major food companies will no doubt fight on, and try to find some other way to convince the Senate to circumvent Vermont and other state labeling requirements. It will be a hard sell. Will the Republicans in the Senate really allow a second vote on GE food labeling when they won’t even allow one vote on a Supreme Court nominee? Will they continue to listen to Monsanto when the company has already announced its plans to attempt to merge with a foreign company to avoid paying taxes in the U.S.? Whatever the corporate powers decide they can be sure of one thing: they will once again come up against a strong food movement. We will remain vigilant in defending our right to know.

Note: Image from Daniel Lobo on Flickr under a Creative Commons license with modifications 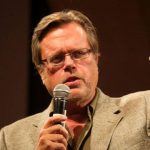