Were Plants In Your Garden Treated With Neonics? 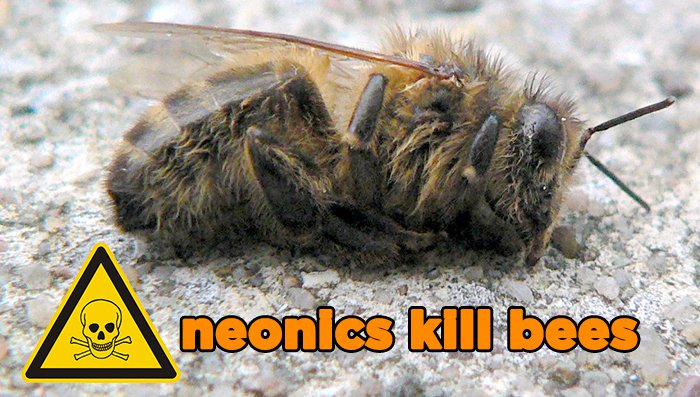 When you go to a nursery to buy plants, do you ever think about the chemicals, such as neonicotinoids, or “neonics” for short, those seedlings might have been treated with? Last March, the question came up when I visited a Bonnie Plants regional nursery.

On a cold, gray, snow-threatening day, my brother and sister-in-law were showing my son and me around Abingdon, Virginia. I spotted what looked like a big greenhouse on a hill. I wondered what might be growing inside, so we drove up.

A man loading a truck turned out to be the station manager, Wesley Pennington, and he welcomed me to take a look around. Inside were thousands of seedlings in numerous buildings originally owned by a flower grower before it was sold to Bonnie Plants.

In early 2014, I was receiving about an email a day regarding how some of the big-box stores, like Lowe’s and Home Depot, carry nursery plants that had been tainted with neonics. There have been many studies linking the use of neonics, a class of insecticides, with honey bee Colony Collapse Disorder. An unsuspecting buyer could be planting these seedlings in her food gardens.

Due to neonics (and their result, CCD), our hard-working honey bees are in serious decline. According to the Natural Resources Defense Council, “Without bees to pollinate many of our favorite fruits and vegetables, the United States could lose $15 billion worth of crops. … The list of crops that simply won’t grow without honey bees is a long one: apples, cucumbers, broccoli, onions, pumpkins, carrots, avocados, almonds … And it goes on.”

Think of the irony: A grower uses neonics on her garden or farm, killing off the bees she depends on to pollinate her crops.

With the plight of the honey bee at the forefront of my mind, I asked Mr. Pennington about Bonnie Plants. Founded in 1918, today their nurseries supply several regions throughout the country. Pennington assured me they do not use neonics in their nurseries.

According to Mother Earth News, “Unless you’re buying certified organic transplants this spring, you may be introducing persistent (neonics) into your garden — and, thus, into your food.” So the next time you visit your local nursery, remember: It pays to ask.

Luckily, Home Depot has been feeling the heat of consumer pressure, and has decided to require suppliers to label neonics-treated plants by the end of 2014. Meanwhile, beekeepers in Canada are suing Bayer Cropscience and Syngenta, the makers of several neonics.