Search Join Us
Food Revolution Network
Search Log In
Join Us
1,914 Readers
Food and Health Food and the Environment

Toxins In The Body: 10 Things Every American Should Know 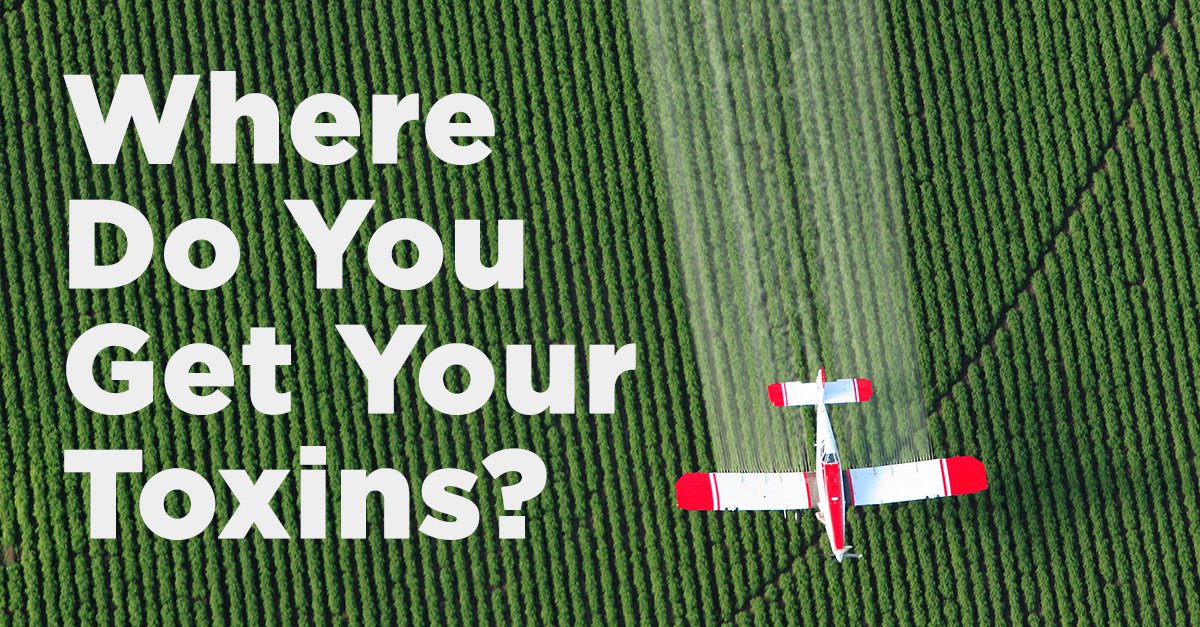 Toxins in the body and chemical body burden are out of control in America. There are currently 82,000 synthetic chemicals in the foods we eat, the toys our children touch, the products we use to clean our homes, the air we breathe, and the cosmetics we apply to our skin — and only a fraction of these have ever been tested for safety.

What do we really know about how they affect our health?

Finding answers can be overwhelming. (That’s why I created the documentary Unacceptable Levels — about the chemicals in our bodies, how they got there, and what we can do about it.)

Here are 10 things every American should know about toxins and toxins in the body:

Humans are exposed to chemicals through our food and air, the water we drink and bathe in, and the dust particles we handle or inhale. Scientist estimate that everyone alive today carries at least 700 contaminants within her body, most of which have never been well-studied. Personal care products alone often carry numerous highly toxic chemicals, including cadmium, mercury, aluminum, and lead.

2. Unacceptable Levels of Toxins in the Body

Governmental regulation agencies set “acceptable” exposure levels for toxic chemicals, but isn’t that a bit of an oxymoron? The levels are “acceptable” according to industry and regulatory standards. But we’re talking exposure to “acceptable levels” of toxic chemicals, which often interact with each other as they dance between the cells in our bodies. Is that ever taken into consideration?

Most of us are unaware of the sheet number of toxins in the body. Chemical ‘body burden’ refers to the accumulation of synthetic chemicals found in pesticides, cosmetics, industrial solvents, and heavy metals. At any given time, hundreds of chemicals can be found in blood, urine, breast milk, and even umbilical fluid; before birth, people normally carry an immense body burden inherited from their mothers.

Scientists believe the typical human being hosts close to 500 chemicals in various compartments of the body, mostly in fatty tissue. Many chemicals are broken down in our bodies and their metabolites are eliminated, but others linger in our bodies for a lifetime and can increase our risk for certain diseases, such as cancer and Parkinson’s disease.

What does this mean for future generations?

Childhood disease is increasing exponentially. Cancer is the leading cause of death (after accidents) in children younger than 15 years old in the United States. About 10,450 children in the United States under age 15 will be diagnosed with cancer in 2014. Childhood cancer rates have been rising slightly for the past few decades.

Autism, meanwhile, now affects one in every 50 children.

More than 80,000 chemicals permitted for use in the United States have never been fully tested for toxicity to humans, let alone children or fetuses.

Perhaps that’s because the chemical industry remains the largest industry in the world, with more than $770 billion in annual sales and more than $39 billion in capital expenditures.

U.S. lawmakers first created regulations for toxic chemicals back in 1976 with the Toxic Substances Control Act. No significant changes have been made since.

Recently, the U.S. House of Representative held a hearing on the Chemicals in Commerce Act, introduced in February to amend the outdated TSCA. The proposed Safe Chemicals Act, first introduced by Sen. Lautenberg in 2005, would replace the Toxic Substance Control Act of 1976 to essentially reverse the burden of proof on chemical safety.

Meanwhile, there are ways private citizens can help, including signing a petition to limit the number of toxins Americans are exposed to. Sign today, and say, “No more!” to toxic chemicals in pregnant women or our children.

About $2.6 trillion of the Gross Domestic Product is spent on treating disease every year. One can’t help but wonder if there’s a direct correlation between our skyrocketing health-care costs and the onslaught of chemicals in our daily lives. What would happen if we spent that much on prevention?

Many of us eat and drink chemicals every day. Artificial sweeteners, preservatives, nitrates, artificial colors, and MSG. If it’s processed, chances are it contains one or more of these ingredients: Sodium benzoate and potassium benzoate, for instance, are preservatives that are sometimes added to sodas to prevent mold growth, but benzene is a known carcinogen. Likewise,Butylated Hydroxynaisole is a preservative that’s potentially cancer-causing. One easy solution is to read labels; remember: if you don’t recognize an ingredient, don’t buy the food product.

Would you spray a piece of fruit with Raid, then rinse it off and eat it? Probably not. And yet, many Americans continue eating processed foodstuffs because of a misperception that organic food is out of their budgets.

Contrary to conventional wisdom, however, organic food can be affordable. Factor in the potential health costs of processed and conventionally grown (Read: pesticide-rich) foods, and organic food doesn’t break the bank. Unfortunately, it’s not always available. Still, the good news is organic food is the fastest growing sector in the U.S. agriculture industry. If we continue to vote with our dollars, organic can become the norm.

9. Your Body is a Temple

Your body is the biggest investment you will ever have in your life. We all know people who spend more time and money on their cars than they do their bodies. The fuel we put into our bodies will determine how well they perform and fight against the burden of chemicals. Putting more toxins in the body by eating chemical-doused foods can only spell D-I-S-A-S-T-E-R.

10. Vote with Your Dollars

Toxic chemicals are everywhere, but you can do something about it. Start with just one thing: change your personal care products; overhaul your diet by buying only organic fruits and vegetables and avoiding processed “foods” as much as possible; throw away your old household cleaning products and replace them with non-toxic ones.

What can we do?

We are all in this together. Around the world, in every single culture, every religion, every race, every age, every gender and every species, and yes, rich and poor alike – we’re all affected by toxic chemicals.

Moreover, many amazing organizations are working every day to help us in this challenge:

Americans have an amazing track record of facing and overcoming problems. If we educate ourselves and take action, we can make the planet safer for ourselves and our children.