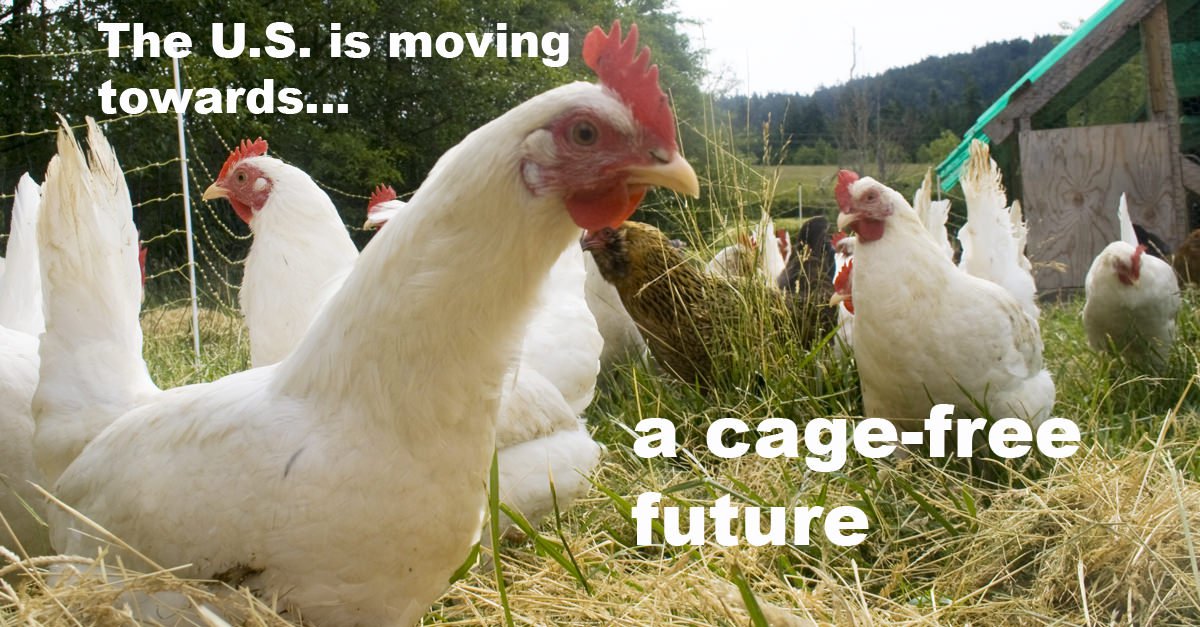 By Wayne Pacelle • Originally posted on The Humane Society blog

On August 19, I announced that The HSUS, the Massachusetts SPCA, the Animal Rescue League of Boston, the ASPCA, Zoo New England, and a number of other prominent organizations have launched a ballot initiative in the Bay State to stop extreme confinement of laying hens, breeding sows, and veal calves, and to ensure that any shell eggs or whole, uncooked cuts of pork or veal sold in the state do not come from extreme confinement either. It’s part of our move to end the era of extreme confinement and to advance a vision for agriculture that is more humane and sustainable, with a basic standard being observed that animals raised for food at least be able to lie down, stand up, turn around, and freely extend their limbs. In short, the future of animal agriculture is a cage-free one.

I’m very confident about our prospects of succeeding for three primary reasons.

First, it’s just common sense that animals built to move should be allowed to move. Our society is not numb to the suffering of other creatures and doesn’t consider it acceptable to immobilize animals for virtually their entire life. All animals deserve humane treatment, including those raised for food.

Second, the corporate food retail sector has already moved decisively toward this goal. Four years ago, McDonald’s announced that by 2022 – when the Massachusetts ballot measure would go into effect – the company will not sell any pork from operations that confine sows in gestation crates. In May, Walmart announced it would adhere to the Five Freedom of Animal Welfare, and that means that, in the foreseeable future, the company will move away from selling products from immobilized animals. About 100 other companies have made pledges, to one degree or another, against confinement.

Last November I was invited by Marcus Rust, CEO of Rose Acre Farms, to visit his new cage-free egg production facility in Indiana. Rose Acre is the country’s second largest egg producer with roughly 25 million hens, and it’s a company The HSUS has investigated in the past. To his credit, Mr. Rust put aside our past clashes and was inviting and open, allowing me and my colleague Josh Balk to tour some of his egg facilities.

You can imagine my surprise when I learned that Rose Acre intends to leave battery cages in the company’s past and go 100 percent cage-free.

I toured their new cage-free aviary and was impressed by what an improvement over battery cages it is. Certainly providing hens outdoor access with pasture in small flocks is preferable, but this type of indoor facility was still a dramatic improvement compared to perpetual confinement in cages. At least the birds are able to run around, dust bathe, perch, scratch, and lay eggs in a nesting area.

The company continues to make progress. It has recently completed its third new-style cage-free house, which is now in production. The newest one is specifically designed to provide cage-free eggs in the liquid (pre-cracked) market for food manufacturers and restaurants. Its cage-free expansion in Texas is scheduled for early next year and other projects are in the works. One by one, the company is shifting from cage confinement to cage-free.

As we help more and more major egg-using retailers implement cage-free purchasing policies, egg producers are responding accordingly. Smart businessmen and farmers such as Marcus Rust know that the future of egg production is outside of cages. The Massachusetts ballot measure will simply codify what forward-thinking retailers and producers are already doing. If it has practical effects, it will simply bring along the outliers.

For years, we’ve been campaigning against the caging of egg-laying chickens. Those efforts are now paying off for animals more than ever before, and companies like Rose Acre are helping lead the egg industry into a better, cage-free future. Now, the voters of Massachusetts will have a chance to do their part as well.

Note: Image from Wikimedia under a Creative Commons license with modifications