Video: Shocking Truths You Need to Know About Costco Eggs 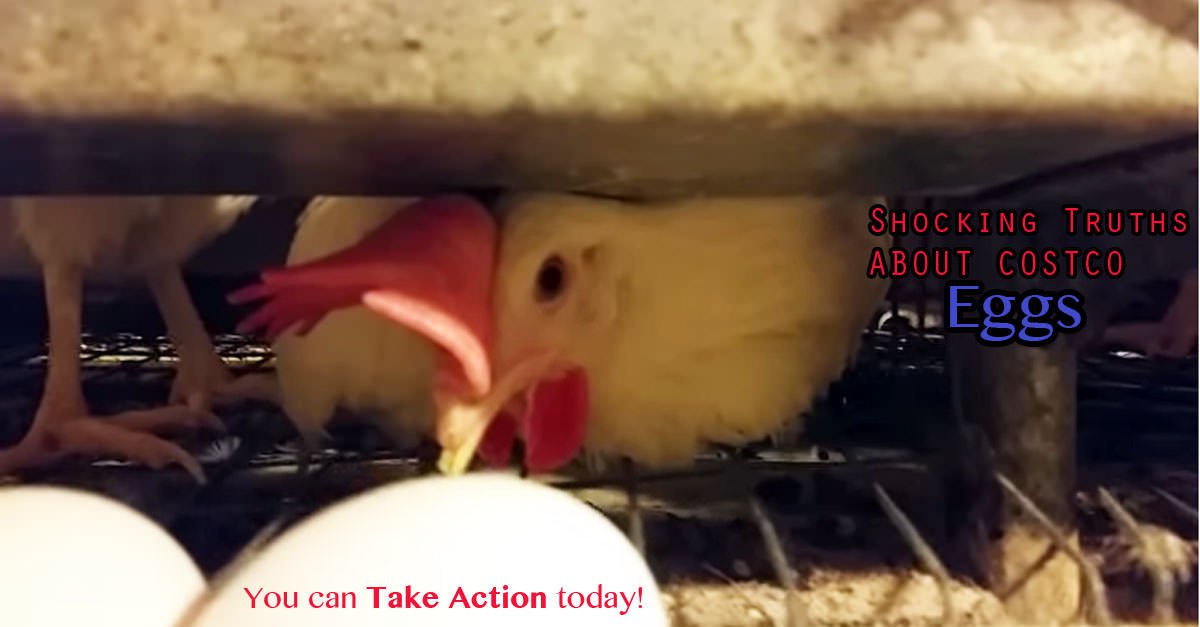 In 2007, Costco — the second-largest grocery retailer in the USA — made a public commitment to eliminate cage confinement of chickens from its supply chain. Eight years later, you would think things would have changed for the better. But they haven’t.

The egg cartons sold at Costco portray happy hens in green fields. But a recent undercover investigation by the Humane Society of the United States at a Costco egg supplier, which is also an Eggland’s Best LLC franchise, found:

You can see the undercover video footage of the cruel conditions for yourself here:

Celebrities Are Speaking Out Against Animal Cruelty

Ryan Gosling and other celebrities are calling out the company for its animal cruelty. In an open letter to Costco, Gosling wrote:

So many corporations are meeting public demand for more humane products and transparency in the food chain. I sincerely hope that Costco will set plans now to go completely cage-free for its eggs.”

And in a letter to Costco’s chief executive, Brad Prit wrote:

“As you know, these birds producing eggs for your shelves are crammed five or more into cages that are not large enough for even one hen to spread her wings.”

How You Can Help:

If you want to support safer, more humane, sustainable practices, here are five things you can do to get Costco to go cage-free:

So take action today! Because the more people who spread the word and contact Costco, the more likely the company will take action, rather than only saying they are making changes.

Note: In other egg news, General Mills recently committed to going cage-free with its eggs.