Search Join Us
Food Revolution Network
Search
Join Us
21,359 Readers
Food and Animals Food and Health Food and the Environment

Denmark is on its way to becoming an organic country 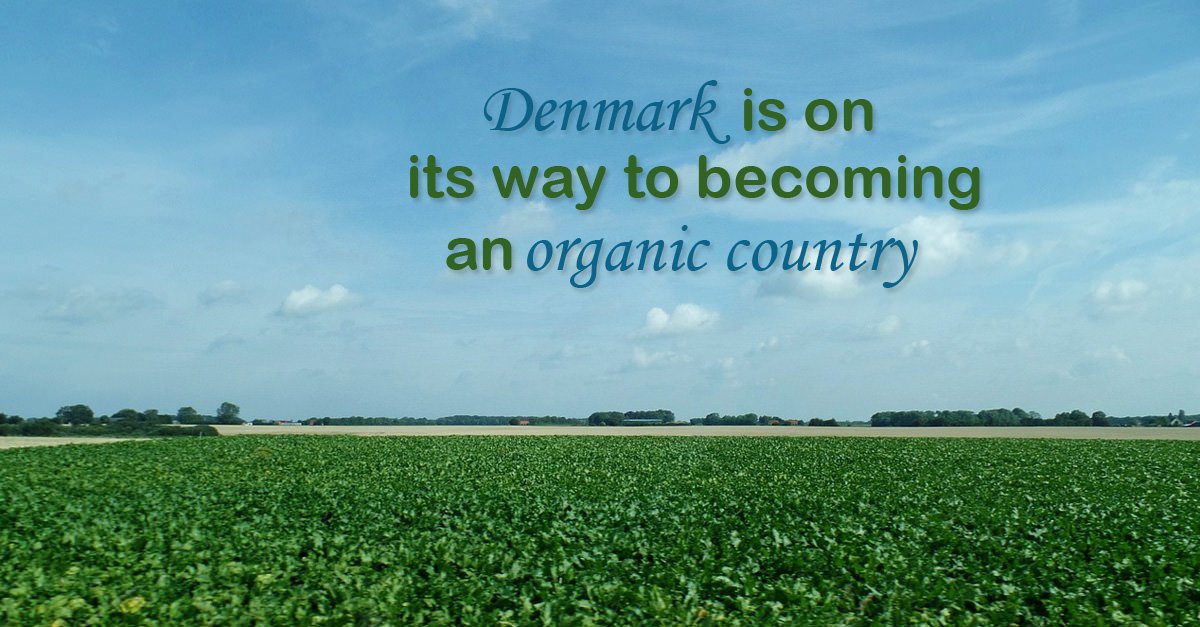 Imagine a organic country. Does this seem possible or realistic? In the United States, where only 1 percent of U.S. farmland is certified organic, this may seem like a far-away dream. But in Denmark, this vision is much closer to reality.

First of all, people in Denmark have a great appreciation for organic food. Their country’s national organic brand has been in business for 25 years, making it one of the oldest organic brands in the world.

Plus, the Danish government is working in multiple ways to convert the entire country’s agriculture into organic and sustainable farming. Last year, they released an ambitious, 67-point plan to double organic farming, and to serve more organic food in the nation’s public institutions by 2020.

Why is this important? And what lessons can the U.S. and other countries learn from the Denmark example?

5 Reasons why organic food is important

Organic agriculture is important for your health, your children’s health, for farmworkers, and for the future of our planet. When you consider all the benefits of organic food, you might be more willing to pay more for organic options next time you’re at the grocery store or market.

The findings of a 2013 report from the United Nations titled, “Wake Up Before It’s Too Late,” say small-scale, organic farming is the only way to sustainably feed the world.

While some people point to GMOs, chemical-intensive farming and monocultures (the practice of growing only one crop in a field at a time) as answers to feeding the world, the findings in this UN report say a shift toward local, small-scale farmers and food systems is actually the only way it can be done without causing irreparable harm to soil, water, and air quality.

Most pesticides are highly toxic. Many cause cancer and birth defects. Advocates of their use say the concentrations found in our food are so low as not to cause us harm. But the studies supporting their claims have been done by the companies that make and profit from the sale of these poisons.

Reduced pesticide exposure is especially important for farmworkers and their families, and for children and pregnant women, but consumers of organic food also reduce their risk of pesticide contamination. And the only way to avoid pesticide residues is to switch to organic foods.

Yes, pesticide residues are regulated by the U.S. Food Quality Protection Act, but the tolerance levels assigned for some pesticides pose potential health risks, even though they are considered “allowable.”

Children are particularly at risk to the effects of pesticides because their developing organ systems are more vulnerable, and less able to detoxify toxic chemicals. A groundbreaking study published in 1998 in Environmental Health Perspectives discovered children exposed to pesticides in an agricultural area of Mexico suffered developmental effects, such as impaired stamina, memory, and drawing ability, as well as other problems.

Pesticides also wreak havoc on the environment. Pesticide drift affects non-farming communities with poisons that are odorless and invisible. And synthetic fertilizer drifting downstream is the main cause of dead zones in delicate ocean environments, such as the one in the Gulf of Mexico, which is larger than New Jersey.

Not only is the production of organic food better for human health and the environment, but science is proving organic food to be more nutritious as well.

A study published by The Organic Center revealed organic food to have significant health benefits over conventional foods: they are higher in antioxidants and are more anti-inflammatory. Other studies prove organic produce to also be lower in nitrates.

For achieving biodiversity and reforestation, organic is the way to go. Visit an organic farm, and you see thriving, diverse habitats, with beneficial insects, indigenous animals, and native plants.

Another thing to consider is how monocropping and a dependency on chemical fertilizers takes a toll on the soil. Organic farming increases soil fertility, and is also more drought and flood resistant — a good thing in our world of unstable climates.

At no stage of food production are GMOs allowed. So if you want to avoid GMOs in your food and the food you feed your loved ones, choosing organic is your best option.

Denmark’s plan to turn the country into an organic country is the “world’s most ambitious,” according to the country’s Food and Agriculture Minister Dan Jørgensen. Yet their goal makes sense.

Denmark is already way ahead of other countries in the production of organic food. They are the world’s leading nation in organic food consumption. And since 2007, their organic exports have increased by 200%.

As part of the plan, government land will be cultivated using organic and biodynamic methods only. The government will also support and finance people working and investing in this sector to develop new technologies and ideas.

A second goal of the plan is to increase demand for organic products. Which, as we’ve seen, is already high. The first target is to increase the amount of food served by the government to the public to 60%. This means schools (beginning from nursery schools), hospitals, and non-privatized cafeterias. Every day, the country’s national public institutions serve about 800,000 meals a day, so the impact is large.

Other areas of Denmark’s government are taking part, too:

Lessons we can learn from Denmark

In Denmark, food production doesn’t sacrifice the wellbeing of workers, animals, or the environment for the sake of efficiency. Could this also be true for the United States and other countries around the world?

Perhaps if people and institutions pay attention to how Denmark is achieving great things in its food production, and if they are open to making changes that will increase the amount of organic foods.

If the world needs more small-scale organic farms, as the UN report says, more resources need to be dedicated to organic agriculture — something Denmark is already doing.

Another area that is a problem for many countries is food waste. Yet the Danish government cut its food waste by 25% over 5 years, with the help of organizations like Stop Spild Af Mad (Stop Wasting Food), which began in 2008, and a nonprofit called WeFood, which sells cheap food that supermarkets can’t sell at a store located in a low-income neighborhood in Copenhagen.

In the U.S., fast food workers are struggling to get a respectable increase in pay. But in Denmark, the fast food industry pays its workers at least $20 an hour.

Food is safer in Denmark, too. In the U.S., salmonella in chicken is legal, and Americans get more than 1.2 million illnesses a year from it. Yet Denmark goes years between reported illnesses from salmonella–contaminated chicken. The country also keeps its use of antibiotics in animal agriculture extremely low.

Another thing Denmark does is treat its animals raised for food more humanely. For example, as discussed in the book Pig Tails by Barry Estabrook, farmers in Denmark are required to provide pigs with straw for entertainment and stimulation — a far cry from the pigs packed together in factory farms in the U.S.

So if you want a less toxic environment for yourself and all living things, commit to buying organic as much as possible and demand more organic options from food producers and sellers. And, hopefully, more public institutions outside of Denmark will begin to see the value in increasing the amount of organic food from small farms, and improving food production for workers, consumers, the environment, and the future of our world.