WATCH: A farmer blows the whistle on “cage free” chicken 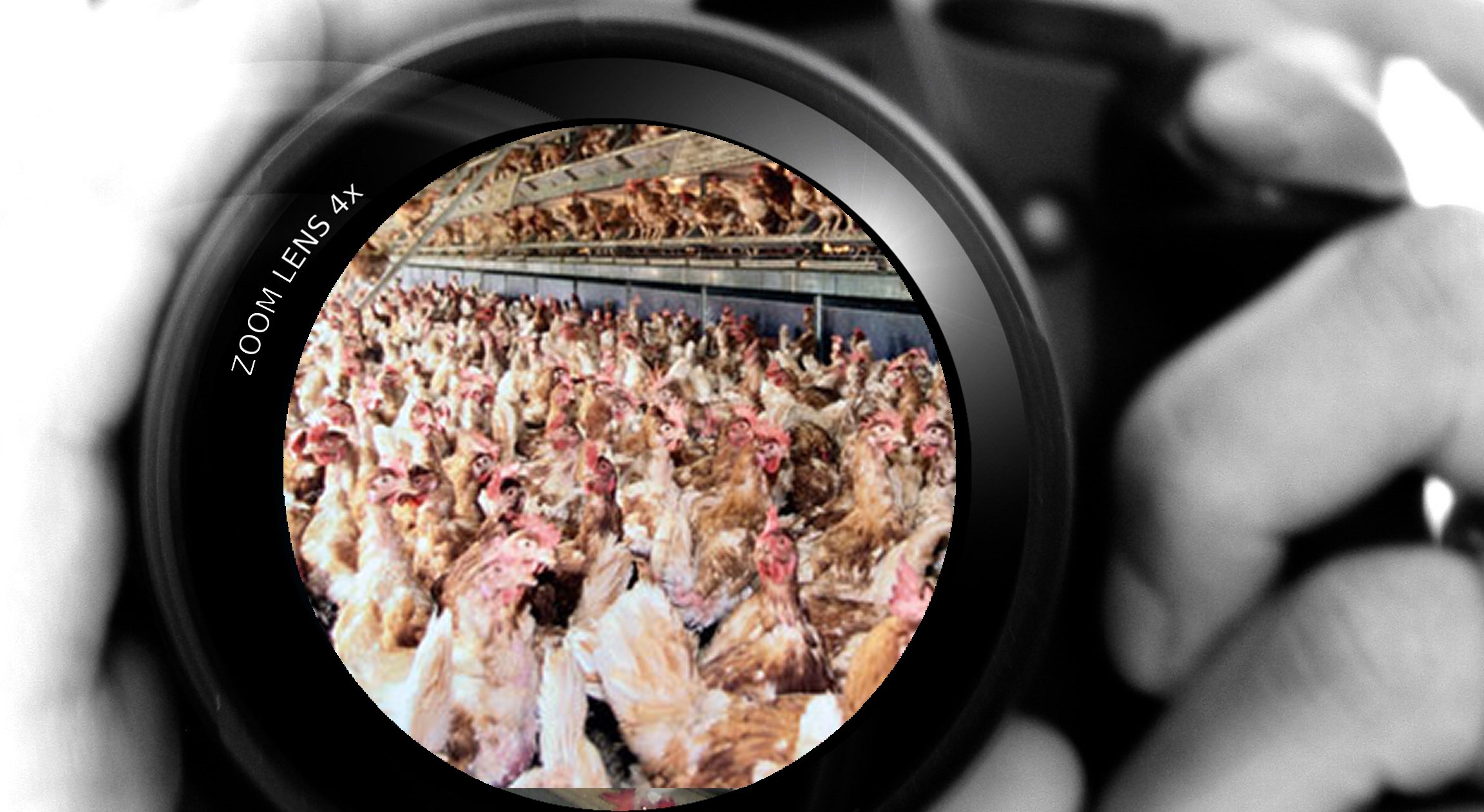 Craig Watts runs a Perdue chicken farm in North Carolina. He raises about 720,000 chickens each year for Perdue.

The company’s chairman, Jim Perdue, says that: “Doing the right thing is things like treating your chickens humanely… and raising them cage free.” The company’s chicken packages even carry a seal from the US Department of Agriculture with verification that the birds were raised “cage free”.

With ever more consumers of animal products wanting to be assured that the animals live decent lives, Perdue wants to be perceived as being on the side of the animals.

But after 22 years of raising chickens for Perdue, Craig Watts grew increasingly uncomfortable with what goes on behind closed doors, and he decided to show the world what was really going on.

Watts invited the organization Compassion in World Farming to join him, with a camera crew, for a tour of his broiler barns. This wasn’t an undercover investigator revealing a worst-case scenario. This was a farmer showing what’s actually done as standard practice in a USDA certified operation.

The resulting video doesn’t show Watts tucking the chickens in and reading them bedtime stories.

Craig Watts shows how the bellies of most of these chickens have lost their feathers and are covered with sores. He explains that modern breeding has led to birds that are so overweight that many of them are too heavy to stand or walk properly.

Instead of running around, these chickens stagger a few steps and then collapse onto a huge pile of excrement. The barn isn’t cleaned between birds – in fact fecal material is often allowed to build up for two to three years. While the birds are technically cage-free, and sold as such, there are 30,000 of them in one barn, and they get just two-thirds of a square foot each. And Watts’ contract with Perdue literally precludes him from ever allowing his birds access to sunshine or fresh air.

You don’t have to be a vegetarian or an animal welfare activist to care how animals are being treated. A recent public opinion survey conducted by Edge Research found that more than 80% of respondents consider it important that the chicken they eat is humanely raised. Keenly aware of this reality, Perdue’s company chairman, Jim Perdue, comments in a video on the company website: “Today, the consumer’s much more interested in knowing how chickens are raised… before it gets to their table… Our job is to educate consumers about what we do.”

But the company’s not sending any appreciation letters to Craig Watts for his attempts at consumer education. In fact, on December 3, just hours after the video featuring Watts was released in the New York Times, Perdue employees arrived at Watts’ farm and informed him that he was being subjected to an internal animal welfare audit. If Watts fails the audit, as is considered likely, the company could cancel his contract and put him out of business.

Watts states the obvious — that the audit is a form of retaliation for inviting a film crew into his operation. He expected this to happen. But even he was surprised by the speed of the company’s response

Perdue will probably try to punish Watts and to portray him as a “bad apple.” But according to Watts, his operation is typical, and he’s been meticulously following Perdue’s requirements since 1992. His birds have been labeled “cage free” and “humanely raised.” His point is that the entire industry is based on a level of cruelty that most people of conscience would find deplorable.

How, you might ask, is it possible for an industry to treat birds with so much disregard? Aren’t there laws against cruelty to animals?

It turns out that that while cruelty to animals is illegal in the United States, most of the states specifically exempt animals destined for our dinner plates, so long as their treatment is consistent with industry norms

As Nicholas Kristoff writes in the New York Times: “Torture a single chicken and you risk arrest. Abuse hundreds of thousands of chickens for their entire lives? That’s agribusiness.”