Is Ramen Healthy? The Truth About Ramen Noodles 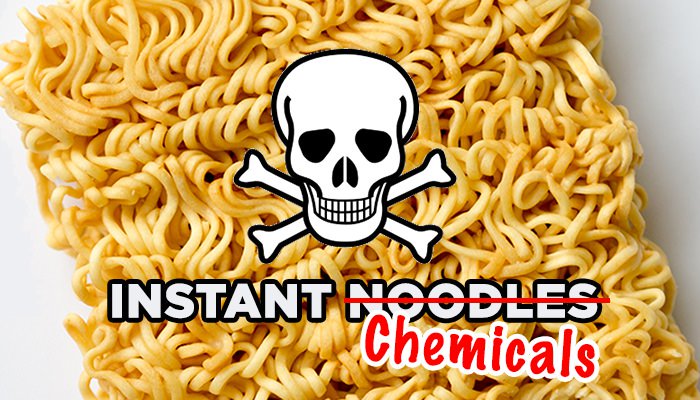 Is ramen healthy? College students everywhere might need to let out a collective wail. Why? A study on one of their most beloved foods, ramen noodles, says they are actually incredibly unhealthy.

Ramen noodles are a staple for many people trying to eat on the cheap. They are filling meals for those who need something fast, easy and inexpensive. They can even be a quickie meal for vegans and vegetarians, if you buy the right brand and flavor.

That said, though, they’re apparently death in a crinkly little bag or cup, according to a new study by Baylor University researchers. If you eat a lot of ramen noodles, your risk of metabolic changes linked to heart disease, diabetes, and stroke rise considerably.

How Ramen Noodles Are Bad for You

Unfortunately, in recent years South Korean health problems have steadily increased. The population is getting fatter and experiencing greater rates of heart disease than ever before. These facts led researchers to decide South Korea was the natural choice for a closer look to discover, is ramen healthy, and exactly what effect high instant noodle consumption has on the human body. The results weren’t good at all.

“While instant noodle intake is greater in Asian communities, the association between instant noodle consumption and metabolic syndrome has not been widely studied,” said Dr. Hyun Joon Shin, lead scientist for this study. “I decided to investigate in order to uncover more distinct connections.”

Using information gleaned from a national health and nutrition survey conducted between 2007 and 2009, Dr. Shin and his colleagues reviewed data on over 10,000 South Korean adults aged 19 to 64. They discovered that people who ate instant noodles of any type — whether ramen, lo mein, Thai, or glass — more than twice a week tended to suffer from a condition called metabolic syndrome.

According to the National Institutes of Health:

“Metabolic syndrome is the name for a group of risk factors that raises your risk for heart disease and other health problems, such as diabetes and stroke. The term “metabolic” refers to the biochemical processes involved in the body’s normal functioning. Risk factors are traits, conditions, or habits that increase your chance of developing a disease.”

South Korean women who ate the most processed ramen noodles were demonstrably more likely to suffer from metabolic syndrome, according to the study. Here’s the kicker: This was true no matter what other foods they regularly ate or how much they exercised.

Even those who lived on an unhealthy fast food diet but no instant noodles were less likely to have metabolic syndrome than those who ate ramen noodles at least twice a week on an otherwise healthy diet. That’s just scary.

Women appear to suffer more ill effects than men from high ramen consumption. Dr. Shin believes this is so, in part, because of differences in hormone levels and metabolism between men and women.

What Ramen Noodles Are Made Of

Ramen noodles are particularly unhealthy because they contain a food additive called Tertiary-butyl hydroquinone (TBHQ), a preservative that is a petroleum industry byproduct. They’re also incredibly high in sodium, calories, and saturated fat.

The containers packaging these noodles aren’t helping much either. The dreaded chemical bisphenol-A (BPA) is widely used in the styrofoam cups in which we often buy our ramen noodle lunches. Among other things, BPA may be a carcinogen. It is also considered a hormone disruptor, negatively affecting natural hormones in our bodies such as estrogen.

Between the preservatives and the packaging, instant noodles are a minefield of potential health problems. The more you eat, the worse it is. It’s just not worth the risk.

Yet Again, Proof That We Should Avoid Processed Foods

We shouldn’t need more evidence, but this study provides it. Instant and processed foods are the worst possible meal choices we can make. Want visual proof that you really need to avoid processed ramen noodles? Watch this video, which shows what goes on in your stomach after you eat them:

Healthier options need not be that much more expensive than ramen noodles. Beans, vegetables, grains, and a host of other whole, natural foods can replace cheap instant noodles. Shop carefully, and they’ll provide a nutritional kick without busting your wallet or endangering your health.

Are you heading to your pantry to pitch those last couple of instant ramen noodle packages right about now? I am.

In a related post, we offer plant-based pasta and noodle recipes, including suggestions for delicious ramen noodle alternatives.