Voluntary Regulation of Antibiotics in Livestock Production is Not Working 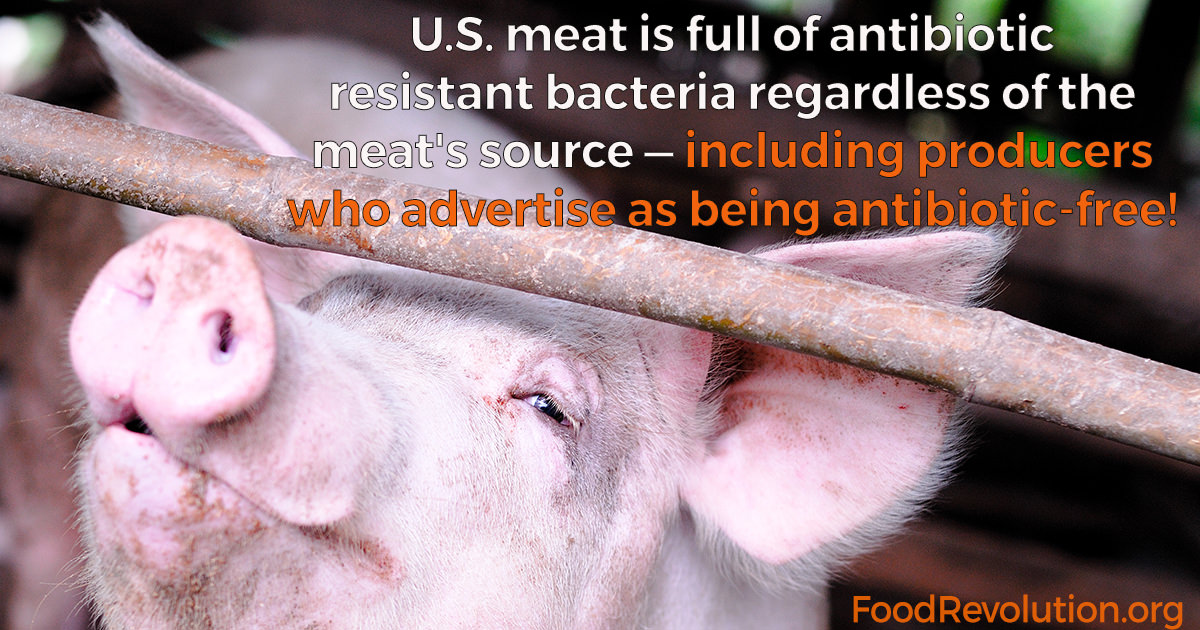 Recently, I caught up with Senior Staff Scientist at Consumers Union Dr. Michael Hansen to ask how the latest FDA guidance on antibiotic resistance was working out. Announced in late 2013, the guidance asked drug companies selling livestock antibiotics to voluntarily restrict use/sales by changing the approved uses appearing on labels. Antibiotics are given to healthy farm animals because they make animals gain weight with less food but are increasingly indicted for fostering antibiotic-resistant bacteria.

Though the new FDA guidance required drug companies making livestock antibiotics to remove “growth production” from the label, the drugs are still routinely used for the new indication of “disease prevention,” Hansen told me.

One example of their persisting use is seen in feedlots, said Dr. Hansen. Feeding cattle grain instead of a more natural diet produces a high level of liver abscesses, he said, and feedlot operators routinely give them the antibiotic Tylosin for the abscesses thus “preventing disease.” Tylosin reduces abscess incidence by 40 to 70 percent in such cattle according to medical journals.

Reaction from Congresswoman Louise M. Slaughter, to the guidance was swift. It was “an inadequate response to the growing antibiotic resistant crisis caused by overuse of antibiotics on the farm,” her office said — also pointing out that industry has spent over $17 million to block the Antibiotics for Medical Treatment Act of 2007 which Rep. Slaughter and the late Sen. Ted Kennedy promoted.

“It seems scarcely believable that these precious medications could be fed by the ton to chickens and pigs,” wrote Kennedy in the bill, noting that up to 70 percent of all U.S. antibiotics go to livestock.

Investigations by Consumer Reports have revealed that U.S. meat is full of “pathogens, commensals and antibiotic resistant bacteria” regardless of the meat’s source, Dr. Hansen told me –– including producers who advertise as being antibiotic-free!

A striking example of such contamination was the mega poultry producer Foster Farms, who was linked to a 29-state outbreak of drug-resistant Salmonella Heidelberg in 2014, said Dr. Hansen. Six hundred and thirty-four people were sickened and federal lawmakers urged that the operations be shut down. Previously, pork tested by Consumer Reports was found to contain five resistant bacteria strains.

A University of Iowa study in 2010 found MRSA (Methicillin-resistant Staphylococcus aureus) in 70 percent of hogs on farms studied and 64 percent of workers; resistant infections have even been found on an unopened soft drink can in a car following a poultry truck. Ninety-three percent of doctors worry about the meat industry’s excessive use of antibiotics.

KFC-supplier Koch Foods, for example, said “We do not administer antibiotics at growth promotion doses” on its website, but documents from the mills that make its feed to its specifications indicated otherwise, said Reuters. (“I regret the wording” Mark Kaminsky, Koch’s chief financial officer, later told Reuters).

Similarly, Pilgrim’s Pride’s feed mill records show the antibiotics bacitracin and monensin are added “to every ration fed to a flock grown early this year,” said Reuters. (Tipped off about the documents, Pilgrim’s Pride threatened legal action against Reuters.)

Even though two million people a year get antibiotic-resistant bacterial infections in the U.S. and 23,000 die, Dr. Hansen believes the situation is not all bad. The Centers for Disease Control and Prevention, the World Food Organization and even President Obama have recently ramped up the call for swift action against antibiotic use on farms, he told me. Countries like Denmark and Sweden have demonstrated that farm restriction reduces antibiotic resistance and can serve as a model. There are even signs of a new level of cooperation with some major U.S. chicken producers, Dr. Hansen said.

I also spoke to Dr. Susan Boyle-Vavra, who, as lab director for the University of Chicago’s MRSA Research Center, is at the “ground zero” of antibiotic resistance.

Even though agricultural use of antibiotics accounts for most resistance, she told us, health care practitioners are doing their part to limit the drugs’ use. At the University of Chicago and other hospitals, “stewardship” programs to protect the effectiveness of key antibiotics are being implemented in which one arm of a health care facility monitors another. Doctors in such stewardship programs are required to supply the reason for prescribing a “protected” antibiotic and the reason for its continued usage. “The protected antibiotics can no longer just be taken off the shelf,” said Dr. Boyle-Vavra and the programs are already showing positive results.

Still, Dr. Hansen told me, medical use of antibiotics is not nearly the problem it is on the nation’s farms. “After all, people don’t stay on antibiotics for life,” he says.

Are you concerned about antibiotics in meat production? You might want to read this story about chemicals like ammonia, chlorine, and peracetic acid, which are frequently employed to kill aggressive bacteria in meat and poultry production.