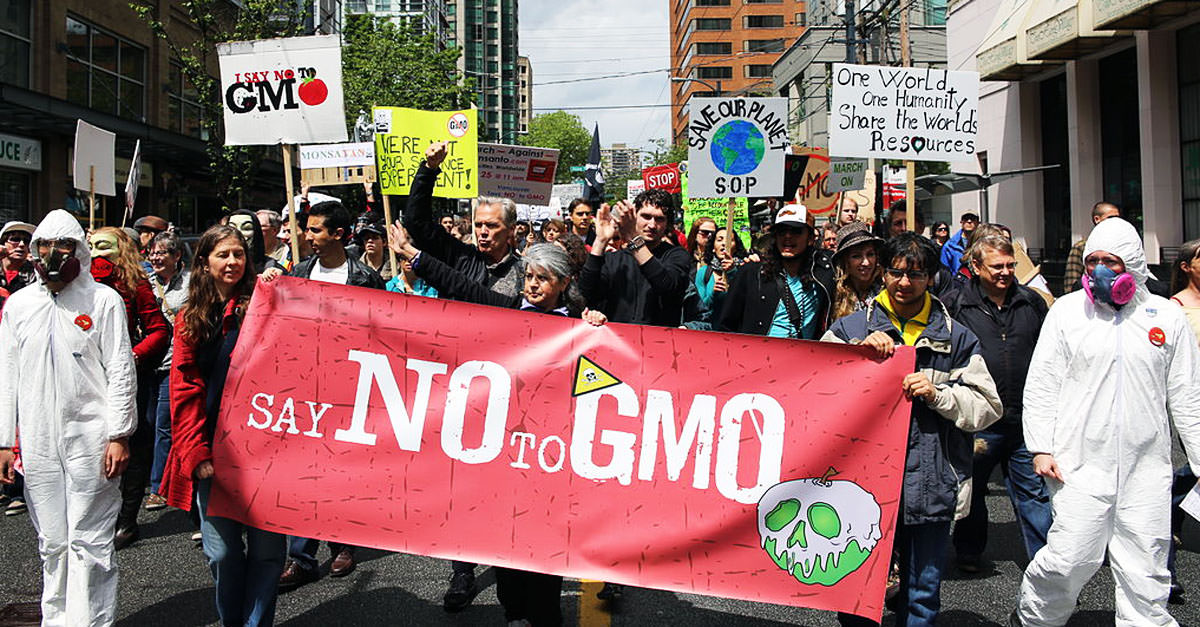 Last weekend demonstrators joined a March Against Monsanto in some 428 cities in 38 countries, including more than 240 cities in the US alone. What exactly has so many people riled up? Monsanto, of course, is an agrichemical and biotech giant, responsible for more than 90 percent of the traits in genetically engineered corn, soy and cotton sold worldwide. The company is a flash point for those who oppose the technology. But now a new issue has emerged. Monsanto’s herbicide glyphosate — trade name RoundUp — which is used on most genetically engineered crops (also known as GMOs), is sparking new and serious concern, not just among GMO opponents but among health and environment experts globally.

There is good reason to be concerned with glyphosate and its widespread use on GMO crops. When they were first being introduced in the early 1990s, biotech companies said GMO crops could do many things — produce more nutritious food, resist climatic stress, reduce pesticide use, and confer many other benefits. But, in fact, the characteristic most widely engineered into crops was the ability to withstand RoundUp. This was a win-win for Monsanto — they could sell the engineered seeds, and also sell the weed killer the seeds were designed to withstand. Since this greatly simplified weed control, farmers embraced the seeds and glyphosate use. Today, 90 percent or more of the corn, soy, canola, sugar beets grown on U.S. cropland are varieties that have been engineered to tolerate glyphosate.

So what’s the problem here? Glyphosate (RoundUp) has long been touted as virtually harmless. EPA doesn’t even bother to test for residues in food, having decided years ago they pose little risk. But studies to the contrary have gradually been accumulating, and in March of this year, 17 experts from 11 countries meeting at the World Health Organization International Agency for Research on Cancer (IARC), unanimously agreed to re-classify glyphosate as “probably carcinogenic to humans” (e.g. Group 2A). The Chair of the IARC committee was Dr. Aaron Blair, formerly the top scientist on pesticides and cancer at National Cancer Institute.

Monsanto has called the IARC findings “junk science,” as the findings differ from the assessment of regulatory agencies in the U.S. and EU. However, IARC, unlike the regulatory agencies, looks at all the available studies in the scientific literature and does not ignore or downplay studies performed on the formulated product and/or which do not follow narrow testing protocols.

The response to IARC’s findings in other parts of the world was immediate. Colombia halted the spraying of glyphosate as part of their coca eradication program. Bermuda and Sri Lanka banned imports of glyphosate products, and Germany’s state consumer protection ministers called for “the supply to and use by private persons to be banned for precautionary reasons.”

Health risks are not the only new concern. The vast increase in herbicide use associated with GMO crops, virtually all due to glyphosate (RoundUp), has also caused a substantial increase in glyphosate-tolerant weeds, dubbed “super weeds” by some. A survey of farmers in 2012 found that almost half of US farmers had glyphosate resistant weeds on their farms, up from 34% in 2011.

Widespread use of glyphosate on engineered crops throughout the Corn Belt also appears primarily responsible for a large decline in Monarch butterfly populations because the herbicide eradicates milkweed, on which the butterfly depends for food. In response to a petition from environmental organizations, the U.S. Fish and Wildlife Department is considering whether to place the Monarch butterfly on the Endangered Species list.

The biotech industry’s primary answer to the super weed problem so far has been to develop crops (corn and soy) that are resistant to other herbicides such as 2,4-D and dicamba. But some scientists think these are even more toxic than glyphosate. Next week IARC will meet to discuss, in part, whether to changes the carcinogenicity classification of 2,4-D and related herbicides, and perhaps determine that they are “probable human carcinogens.” Stay tuned.

Whether you march against Monsanto or not, there are clearly new safety concerns — the cancer risks — and environmental impacts — superweeds and Monarch losses — linked to Monsanto’s herbicide. They demand serious consideration by regulators.

Note: Image from Wikipedia, licensed by Creative Commons with modifications