In 2013, The GMO Food Fight Continues 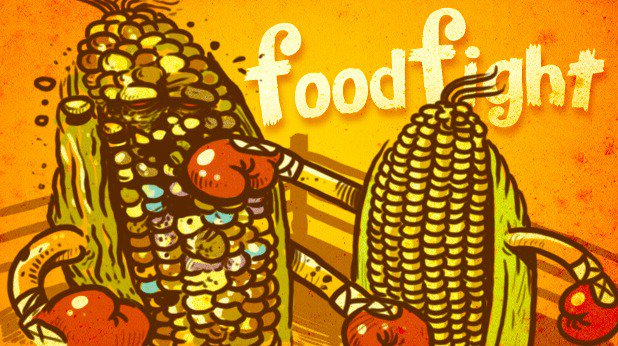 On November 6, in the wake of one of the most expensive and scurrilous smear campaigns in history, six million voters scared the hell out of Monsanto and Big Food Inc. by coming within a razor’s edge of passing the first statewide mandatory labeling law for genetically modified organisms (GMOs).

The battle for GMO labeling and numerous challenges against the industrial food system will continue in 2013. (Image via garmaonhealth.com)

Prop 37, a citizens’ ballot initiative that would have required the mandatory labeling of billions of dollars of genetically engineered (GE) foods and put an end to the routine industry practice of fraudulently marketing GE-tainted foods as “natural” or “all natural,” lost by a narrow margin of 48.6% to 51.4%. Opponents couldn’t claim anything close to a landslide, even though they outspent the pro-labeling campaign almost six to one.

The Grocery Manufacturers Association (GMA) immediately put a happy face on the narrow victory, repeating its tired old propaganda in a public statement: “Proposition 37 was a deeply flawed measure that would have resulted in higher food costs, frivolous lawsuits and increased state bureaucracies. This is a big win for California consumers, taxpayers, business and farmers.”

But Jennifer Hatcher, senior vice president of government and public affairs for the Food Marketing Institute, came closer to expressing the real sentiments of the big guns who opposed Prop 37, a measure she had previously said “scared us to death,” in her official statement:

“This gives us hope that you can, with a well-funded, well-organized, well-executed campaign, defeat a ballot initiative and go directly to the voters. We hope we don’t have too many of them, because you can’t keep doing that over and over again . . .”.

Maybe they can’t. But we can. Unlike the Food Marketing Institute and its friends at the GMA, consumers can – and will – “keep doing that over and over again.” We can – and will – propose state laws and state ballot initiatives as often as we need, in as many states as we must, until we have what 61 other countries have: truth and transparency in the form of mandatory GMO labeling laws. Far from giving up, the alternative food and farming movement that was narrowly defeated in California has evolved into a battle-savvy, seasoned national movement, bigger and stronger than ever.

As Zuri Allen, California Field Organizer of the Organic Consumers Association put it, “We may have lost this first major battle in California, but millions of angry and energized consumers across the country are now joining together in a nationwide right to know campaign which will ultimately drive genetically engineered crops and foods off the market.”

That clearly has Big Biotech and Big Food worried.  And well it should. We’ve barely rung in the new year, and already GMO labeling battles are heating up in Washington State, Vermont and Connecticut.  Other states aren’t far behind.

On Jan. 4, activists in Washington State will deliver approximately 300,000 signatures to the state legislature to guarantee that a mandatory GMO labeling Initiative, I-522, will be on the ballot in November. Initial polling shows that Washington state voters will likely pass this Ballot Initiative, no matter how much money the biotech industry and large food corporations put into an anti-labeling campaign.

On the other side of the country, Vermont is picking up where it left off last year after the governor caved in to Monsanto’s threats to sue the state if it passed a GMO labeling law. Undaunted, and buoyed by 90% support from consumers, legislators will reintroduce a GMO labeling bill in early January.  Vermont’s pro-organic, anti-GMO proponents fully expect to pass a labeling bill by May. Connecticut is right behind them, with plans to introduce a similarly popular GMO labeling bill early this year.

Why a win is just around the corner.

A statewide pre-election eve poll conducted by Lake Research found that the Biotech Behemoth’s “No on 37” propaganda campaign successfully confused many Californians. As of Nov. 5, the day before the election, the majority of Californians stated that they still supported mandatory labeling of GE foods. But a critical mass, especially the 40% who voted early by absentee ballot, said they were willing to give up their right to know what was in their food if mandatory GE labels might  increase food costs, expand the size and power of state bureaucrats, harm family farmers or unfairly benefit trial lawyers and other “special interests.”

That changed once the YES on 37 campaign launched its own modest $3-million ad campaign on October 27. Once the pro-labeling ads rolled out, several million undecided voters saw through the biotech and junk-food industry propaganda and voted Yes on 37. In fact, Prop 37 won the election-day vote. But it was too little, too late. The campaign couldn’t recover from its losses in early voting.

That was California. Washington State promises to tell a different story.

Looking at the logistics and outcome of the Prop 37 campaign in California in 2012 and comparing these to the upcoming I-522 battle in Washington, there are several major differences that will likely prove to be decisive:

1. Size and campaign costs. California is an enormous state, both geographically and in terms of population. Its TV and radio ad markets are also among the priciest in the country. Tough for a grassroots campaign with a small budget to reach California voters far and wide, on the ground and through the media. Even tougher to compete with an opposition willing and able to spend $46 million to win. Compare that scenario with Washington State, which has one-fifth the population of California, and where $1 spent on TV ads equals $8 in California.  Factor in that Washington’s population is highly concentrated in the health and environmentally-conscious Seattle metropolitan area, and it’s easy to see that internet, in-person contact, and radio and TV advertising will cost less and be easier to execute in Washington than it was in California. Experts estimate that Monsanto and its allies will be able to spend only $20 million in Washington on advertising. That’s enough to saturate the state’s airwaves. But it’s not too much for the Yes on I-522 campaign to overcome as long as it can raise and spend $4-$5 million – about half of what the California labeling campaign raised.

2. Timing. In California, Yes on 37 forces didn’t get on the ballot until May. That left only six months for public education and fundraising. In Washington, I-522 proponents have a full nine months before people begin their voting (which is by mail).

3. Support from farmers and rural communities. In California, Prop 37 was supported mostly by consumers and organic farmers. In Washington State, wheat farmers, whether organic or not, apple farmers and fishing communities also vocally support mandatory GMO labeling. That’s because GMO labeling is arguably in the best economic interests of a state where unlabeled GMO wheat, apples and salmon spilling into the market would severely damage state agricultural exports to countries that either forbid GMO imports or require GMO labeling.

4. Progressive elected officials and electorate. California’s Governor Brown refused to take a stand on Prop 37. But Washington’s new elected Governor, Jay Inslee, is a long-time supporter and former Congressional advocate of GMO labeling.  Washington voters recently reminded us that they are proud progressives, by approving the legalization of marijuana via a November ballot Initiative. California voters defeated a similar measure in 2010.

5. The Frankenfish controversy. Despite enormous public opposition and warnings by scientists that genetically engineered salmon pose unacceptable health and environmental risks, the Obama administration’s FDA announced in late December that it would nonetheless allow unlabeled genetically engineered salmon to be commercialized. Polls show that Washington voters are adamantly opposed to this fast-growing, likely allergenic mutant salmon – part fish, part eel – entering the market. Fishermen/fisherwomen, chefs and restaurants are already raising their voices in opposition. Meanwhile in Alaska, GMO salmon will have to be labeled because of a state law passed in 2005. The biotech industry is going to have a difficult time explaining why Frankenfish have to be labeled in Alaska, but not in Washington or other states.

6. Divisions between Big Food and Big Biotech. As the comments by the Food Marketing Institute executive suggest, big food companies are starting to worry about their image. They’re worried about having to fight costly, high-profile battles against GMO labeling in numerous states, possibly even simultaneously.  A number of large food companies that dumped big money into defeating Prop 37 – companies like Kellogg’s, General Mills, Unilever, Coca-Cola, Pepsi, Kraft and Dean Foods, own “natural” or organic brands. Those brands, including Kashi, Muir Glen, Cascadian Farm, Ben and Jerry’s, White Wave, Horizon and others, are starting to feel the heat from angry consumers who have joined the “Traitor Boycott.” How long will the nation’s food manufacturers and supermarket chains carry the water and do the dirty work for Monsanto and biotech industry?

It’s only a matter of time before we pass GMO legislation. Once we do, it will mark the beginning of the end for GMO food and farming, just as it did in Europe. But to ensure that this happens, sooner rather than later, state GMO right-to-know campaigns in Washington, Vermont, Connecticut and other states need money, technical assistance volunteers, and endorsements.

Ronnie Cummins is a veteran activist, author, and organizer. He is the International Director of the Organic Consumers Association and its Mexico affiliate, Via Organica. http://www.organicconsumers.org; http://www.viaorganica.org