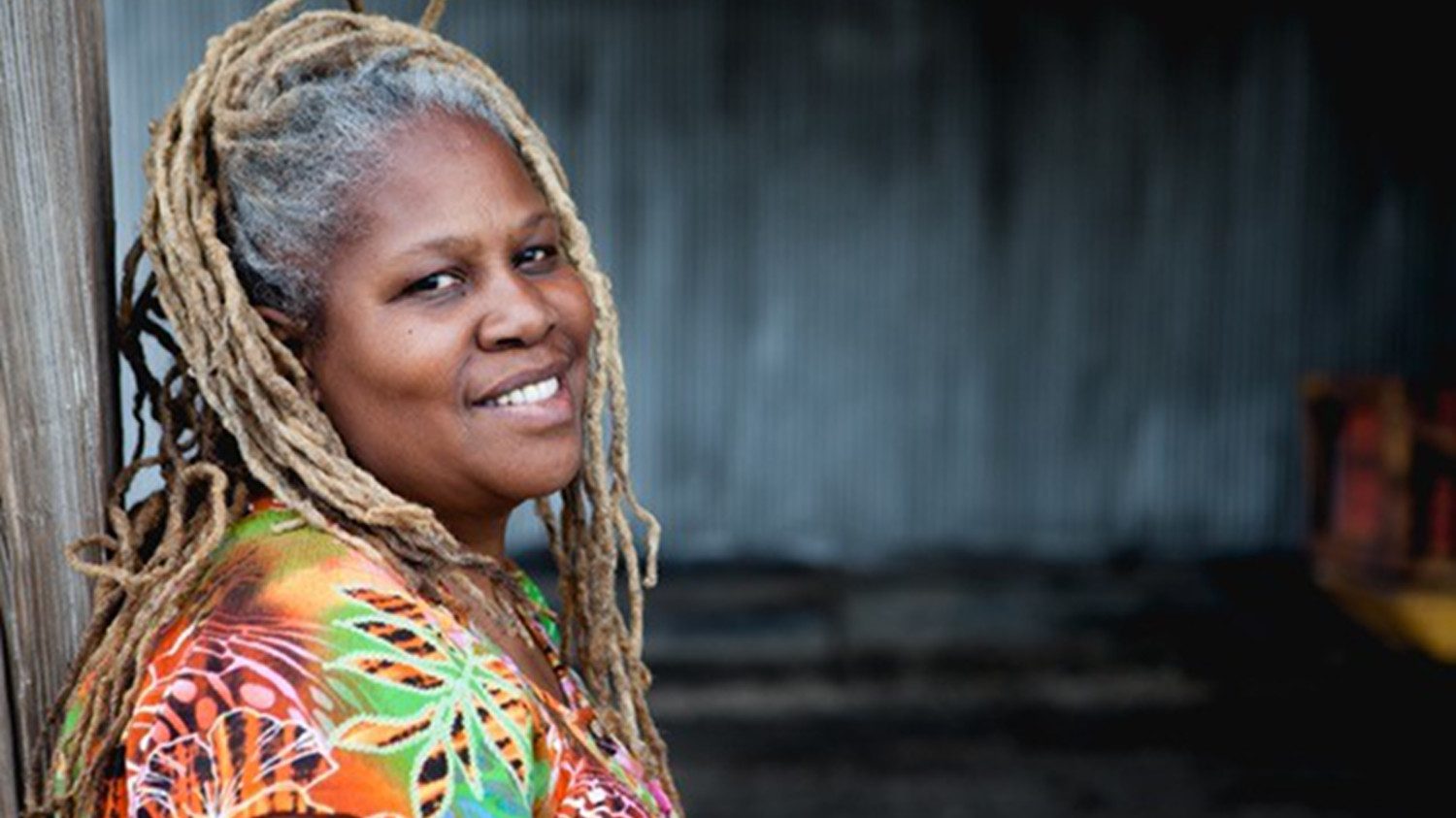 By Danielle Nierenberg • Contributing Author: Angie Cerilli • A version of this article was originally published on FoodTank.com.

According to the 2018 State of Women-Owned Businesses report, the number of women-owned businesses increased by 58 percent from 2007 to 2018. From this, businesses owned by African-American women grew by 164%, which is equal to 20% of all women-owned businesses. Not only does this provide a huge boost to the economy, it can create jobs in local communities. Food Tank has compiled a list of 14 African American female entrepreneurs who have incorporated sustainable food production practices into their business motto.

Based out of Los Angeles, Lynette Astaire saw a gap that needed to be filled in food education and decided to open Superfood School. As part of the program at Superfood School, Astaire conducts one-on-one consults for meal planning and advice. Additionally, clients are able to attend retreats at LiveLoft, located on the Pacific Coast of Mexico, and to undergo a detox where they receive juices and raw meals made from local produce and items grown on-site.

Located in Houston, Texas, Tamala Austin is the founder of J.I.V.E., which stands for Juicing Is Very Essential. What started off as a home-based business is now located in Whole Foods stores in Houston. J.I.V.E. offers organic juices and smoothies, with both vegetarian and vegan options. Austin hopes to educate customers on the transition and maintenance of a healthy lifestyle that is enjoyable and sustainable.

Erika Boyd and Kirsten Ussery are co-owners of Detroit Vegan Soul. Ussery is general manager and in house baker and Boyd is the executive chef. The two saw that there was a lack of accessibility to good, nutritious food available to the people of their community and took it upon themselves to prove that it is possible to eat good tasting comfort foods that are also healthy. What started as a meal delivery and catering service in Downtown Detroit quickly became a full-fledged restaurant, which can now be found at two locations in Detroit. What makes Ussery and Boyd unique is that they are always putting eco-friendly practices at the forefront of their decision making. For example, all produce used in the restaurant is sourced from local organic farmers, and all food waste generated at the restaurant is returned to the farms and used as compost.

What started as a means of creating healthy and nutritious beverages in a pinch became a full-time career for the owner of Sol Sips in Brooklyn, New York — Francesca Chaney. At first, Chaney made organic drinks using a maximum of four ingredients and sold them at pop-up events. She quickly realized that there was demand for healthy, simple, and nutritious foods and beverages and made the decision to open her own business. Chaney wants everyone in her community to have the opportunity to enjoy healthy foods, which is why she implemented a sliding scale brunch every Saturday, where customers pay between $7 and $15 — whatever they can comfortably afford.

Julia Collins is co-founder and former president of Zume Pizza located in Mountain View, California, a food company that is best known for its use of robotic technology to create healthy accessible food. Unlike most delivery pizza, Zume Pizza is cooked en-route to its destination, with no added sugars or chemicals. All of the ingredients found in their pizza is sourced from local farmers that use sustainable and ethical farming practices. And although they utilize robots in their production chain to perform the more dangerous jobs, like removing the pizzas from the oven, Zume Pizza is conscientious of job creation and hopes that by sourcing ingredients from local farms, more companies will follow suit, resulting in more business to local farms. Additionally, although automation is generally associated with job loss, historically, advancements in technology have led to job creation. With the cost savings through the use of automation, Zume Pizza is able to pay their employees liveable wages ($18/hour) and all of their employees have fully subsidized health insurance plans.

UPDATE: Since this article was published Zume Pizza is no longer running and now they are focusing on food packaging and provision of automated production and delivery systems to food producers. Find out more by visiting: https://zume.com/

As founder and executive director of The Black Feminist Project, Tanya Fields is a food justice activist and educator. And Fields started the Libertad Urban Farm, an organic urban garden in the Bronx, as an effort to address the lack of nutritious food and food education accessible to low-income people, specifically underserved women of color. Additionally, Fields works closely with The Hunts Point Farm Share, connecting city residents to high quality local produce through Community Supported Agriculture (CSA).

Located in Baltimore, Pure Chocolate by Jinji was co-founded in 2012 by Jinji Fraser. Fraser sources the cacao used to make the chocolate through growers in Ecuador who she personally met. Knowing who was growing the beans and that they were being treated well was her primary concern, along with knowing that the cacao was grown sustainably by ensuring the region was well suited for cacao growth. Fraser intentionally selects seasonal ingredients from local providers and every chocolate is handcrafted and free from dairy products and all refined sugars.

Based in Southwest Berkeley, California, Kanchan Dawn Hunter is co-creator of Spiral Gardens, a nursery, community farm, and produce stand. A day in the life of Hunter’s, at Spiral Gardens, generally involves educating children and adults in agriculture. From plant identification, growing, harvesting, and preparing, Hunter explains all the steps required from soil to table. Spiral Gardens provides an opportunity for members of the community to grow organic vegetables and then to enjoy their harvest. Every Tuesday, Spiral Gardens hosts a “produce stand” where they sell fresh organic fruits and vegetables from local family farms to the community at cost. Hunter is most passionate about creating transparency and accessibility of food and farming to people that are most often kept from it.

Cynthia Nevels is the owner of the Dallas-based, award-winning food truck, SoulGood. The food truck serves vegan and vegetarian dishes with locally sourced organic produce. The reason she decided to start her own business was to honor her son’s life, who lost his battle to cystic fibrosis. The vegan and vegetarian dishes she serves at her food truck are those she would make for her son while he was waiting for an organ transplant. During this difficult time, Nevel felt the one thing that she could control was the delivery of healthy and nutritious food to her son. She hopes to share these nutritious meals with her community and to spread awareness of healthy living.

Based in Atlanta, Georgia, Jamila Norman is a world-renowned urban farmer and food activist. In 2010, Norman founded Patchwork City Farms, a certified, naturally grown, organic urban farm where she is the sole farmer. Norman’s passion for farming is fueled by nature and the ability to feed and educate her community with safe and nutritious foods. Norman is also involved in other organizations within the world of food justice and equity. She is co-founder of EAT Where You Are, an initiative that aims to spread awareness of the importance of including fresh foods in diets, and is a contributing author to OASIS (Oldways Africana Soup in Stories). And Norman is the manager and one of the founding members of the South West Atlanta Growers Cooperative, which supports Black farmers of Atlanta in creating an equitable food system that encompasses environmental sustainability and cultural responsibility.

Leah Penniman co-founded Soul Fire Farm in 2011 and, as co-director and program manager at the farm, fills many roles. Penniman is a farmer, trainer, author, speaker, advocate for food justice, and winner of the 2019 James Beard Foundation Award. The mission at Soul Fire Farm is to end racism and injustice within the food system. This message is portrayed in Penniman’s novel Farming While Black, a comprehensive manual for small-scale African-heritage farmers in reclaiming their place in the food system utilizing traditional farming practices and regaining their connection to land. Through training of the next generation of food activist-farmers, Soul Fire Farm aims to promote sustainable agriculture and environmental justice while maintaining food sovereignty.

Safia Rashid is certified in sustainable urban agriculture and is the owner of Your Bountiful Harvest located in Chicago, Illinois, a sustainable urban farm and garden consultation service. Whether the need is advice, guidance, or to purchase organic seedlings, Your Bountiful Harvest covers it, with on-site visits to home gardens and greenspaces. Rashid’s main goal is to teach people the skills required to increase and improve their food self-sufficiency while using sustainable farming practices.

As owner and operator of Three Part Harmony Farm in northeast Washington, D.C., Gail Taylor supplies organic and local produce to her community through a multi-farm CSA, meaning that the share of fresh produce will include produce from partner farms, expanding the array of veggies that one receives. Not only does Three Part Harmony exist to provide nutritious foods to D.C. residents, it also seeks to establish an ethical, robust, and fair food economy while bringing awareness and uprooting the racism engraved in the food system.

New York native, Karen Washington has dedicated decades of her life to advocating for justice in the food system and has promoted urban farming as a means of generating access to fresh local food for New Yorkers. Karen has been involved in various organizations that promote food justice including Just Food, Farm School NYC, Black Urban Growers (which she co-founded), and NYC Community Gardens Coalition. Currently, Karen owns and operates Rise & Root Farm, a cooperatively run organic farm in Orange County, New York. 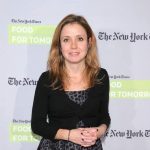 Artichokes: Nutrition, Benefits, & How to Cook and Eat Them