Why ‘Big Sugar’ Is As Hazardous As ‘Big Tobacco’ 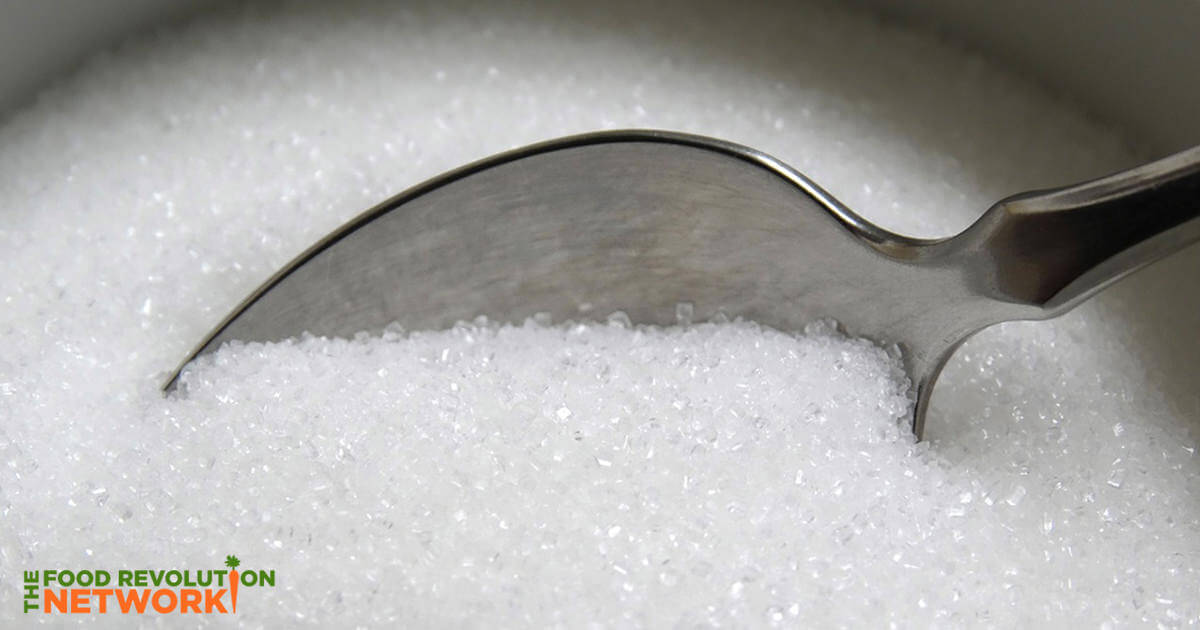 Last week, the Journal of the American Medical Association published papers revealing that, in 1965, the sugar industry paid three scientists from Harvard to draw attention away from the connection between sugar and heart disease and focus instead on fat. In their findings, they relegated sugar to a problem for the dentist, not the cardiologist.

What those scientists did skewed the conversation about fat and health for decades, let sugar go pretty much unchecked until it found its way into virtually every packaged product on the market, and encouraged millions of Americans to avoid fat in favor of simple carbohydrates. Fat-free cookies, fat-free ice cream, fat-free fat.

Meanwhile, since 1965, we have only become heavier. Roughly 2 billion people worldwide are now overweight, and 600 million of them are obese. And cardiovascular diseases are the leading cause of death globally. Over the next 20 years, the World Economic Forum estimates that developed nations will spend $47 trillion on diseases caused by the global-industrial diet.

So why, if we were limiting our fat consumption based on their recommendations, did this happen?

Because sugar doesn’t only damage the heart. It also damages the brain. As a Professor of Brain and Cognitive Sciences who teaches the Psychology of Eating, I have been closely following the research on sugar.

What is so dangerous about sugar is that it doesn’t just impact us based on what we consume of it today, it rewires our brains to ensure that we will consume more of it tomorrow. 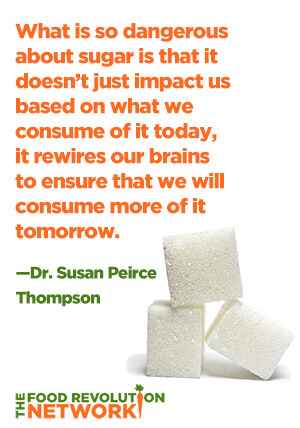 In 1949, a group of mice born in a lab didn’t behave like normal mice—they didn’t scurry, they didn’t dart about, in fact, they didn’t move at all. But they ate. And ate, and ate. They ate until they became morbidly obese. Eventually, the scientists discovered the mice had been born without the gene that makes the hormone leptin. Leptin, from the Greek “leptos” meaning “thin,” is the hormone that tells us that we’re full and we need to move. Once the mice were injected with leptin they jumped on their wheels and got thin.

What is interesting about overweight humans, however, is that we are not lacking leptin. In fact, overweight people have more leptin in their blood than slender people. So what’s happening? Why can’t the body recognize its own leptin?

The answer is it’s being blocked.

The sugar in our diet is elevating insulin levels far beyond where our bodies were intended to idle. Research on overweight kids has shown that their average insulin levels rise 45 percent between grade school and high school, creating a surge in Type II Diabetes.

But that’s not all that sugar is doing to us.

The intensity of the sugar our brains are processing on a daily basis is hijacking our dopamine reward system exactly the same way as drugs. After just three weeks of the average American’s consumption, 19.5 teaspoons daily, the brain thins out its pleasure receptors in a process called downregulation, leaving fewer active receptors. It then takes more stimulation to create a normal response. So a signal is sent out to eat MORE sugar and the brain responds by taking even more receptors off-line. Until the brain scan of a person addicted to cocaine and the brain scan of an overweight person look the same.

So not only is sugar causing weight gain and cardiovascular disease, it’s highly addictive.

Researchers measured the activity in various parts of the brain as people sucked chocolate milkshakes through straws. There were four versions: high sugar/high fat, high sugar/low fat, low sugar/high fat, and low sugar/low fat. The results showed that it was sugar content, not fat content, that drove the response in the reward centers of the brain.

Just like salt, fat helps make foods more palatable, and will certainly drive the passive overconsumption of calories, but that doesn’t mean it’s addictive. If you put butter and salt on broccoli, people will eat a bit more broccoli. But I think we all know no one is going to get rich opening salted, buttered broccoli drive-throughs.

As I sit here, I can’t help but wonder what would have happened if those scientists hadn’t been bought off—could we have started this conversation fifty years ago? Could we have saved millions of people from a demoralizing food addiction they don’t understand, that our culture has normalized with a barrage of advertising and socialization?

I know first-hand it is not too late. Thirteen years ago I stopped eating what billboards told me I “deserved” and cut sugar out of my diet for good. It took months for my brain to heal, but eventually I no longer craved it.

I have now helped thousands of others do the same. Without giving up fat or salt what we are seeing in our data is that in our average participant cholesterol comes down by half, triglycerides by two-thirds, and blood pressure by half.

The culprit is sugar. And I think, based on what has now been uncovered, it’s fair to call it Big Sugar. Like its cousin, Big Tobacco, we must view it as a cabal of corporations with one goal: making money by keeping you addicted to their product, irrespective of the health consequences.

My life’s mission is for everyone to have freedom from this tyranny. We now know what we’re doing when we put a cigarette in our mouth and light up. But too many of us still think that a pack-a-day cookie habit is harmless.

Susan Peirce Thompson, Ph.D. is a psychology professor, a brain and cognitive scientist, and an expert in the psychology of eating. She is President of the Institute for Sustainable Weight Loss and CEO of Bright Line Eating Solutions, a company dedicated to sharing the psychology and neurology of sustainable weight loss and helping people achieve it.

Do you have trouble releasing extra pounds?

Your brain may be blocking you from losing weight. Bright Line Eating teaches a simple process — grounded in psychology and neuroscience — that allows people to get their brains back on board for sustainable weight loss. Find out more here.