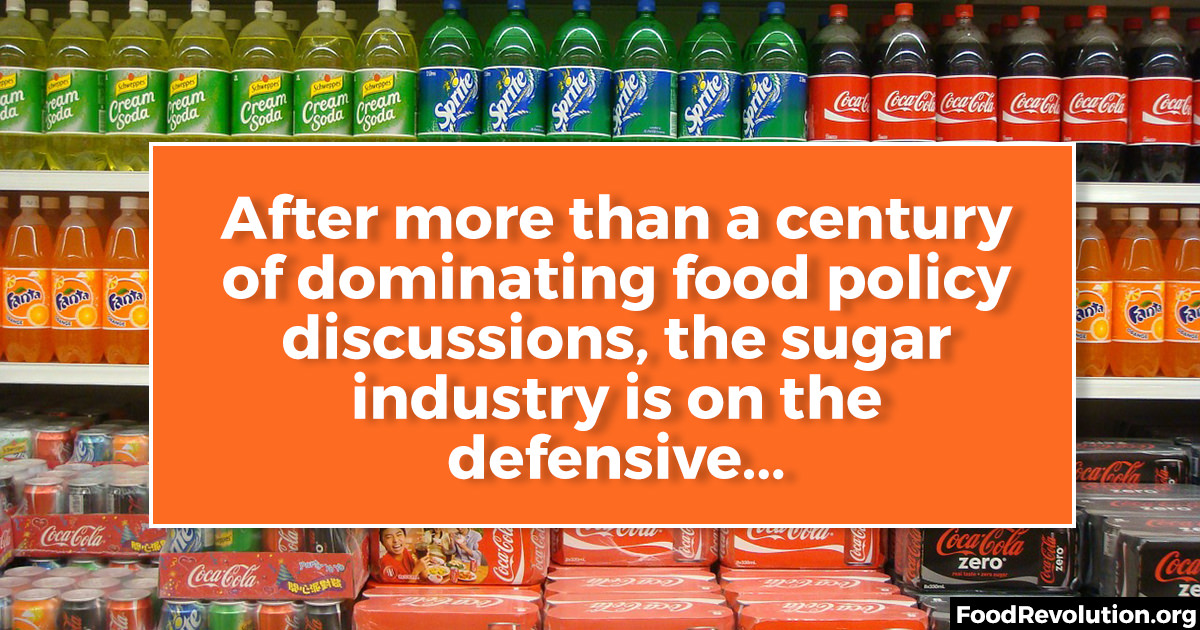 The San Francisco Bay Area is standing up to big soda, and the industry is furious.

First, in 2014, the city of Berkeley, California, overcame more than $2.4 million in industry spending to successfully pass the nation’s first tax on sugary drinks — a penny-per-ounce tax on soda, energy drinks, juice with added sugar, and sweetened syrups used in coffee drinks. Today, the tax seems to be working. More than a million dollars has been raised for city programs aimed at improving nutrition and reducing obesity, while consumption of sugary drinks appears to be declining.

And now, after a recent court ruling, the city of San Francisco is poised to become the first U.S. city to require health warnings on ads for soda and sugary drinks.

The law in San Francisco, which has now been upheld by court ruling, paves the way for other cities to require warnings on all sugary drink advertising.

Big Soda fought this law hard. But despite vigorous lobbying and a legion of lawyers arguing against it… they lost.

U.S. District Judge Edward Chen wrote, “The warning required by the city ordinance is factual and accurate,” and is a “legitimate action to protect public health and safety.”

As a result, beginning in July, new ads for sugary drinks in San Francisco will have to have these words, covering 20% of ad space:

“Warning: drinking beverages with added sugar contributes to obesity, diabetes, and tooth decay. This is a message from the City and County of San Francisco.”

Will anyone pay attention to the warnings? Perhaps so. In an online survey of 2,381 parents, conducted by the Robert Wood Johnson Foundation, only 40% said they would choose a sugar-sweetened beverage for their kids after viewing a warning label. It seems likely that these warnings may lead to less parents buying sugary drinks for their kids.

This is good news for everyone who wants to see lower rates of obesity, as well as diabetes, heart disease, cancer, tooth decay, and just about every chronic ailment of our times.

After more than a century of dominating food policy discussions, the sugar industry is on the defensive – and not just in Berkeley and San Francisco.

Currently, soda taxes are being considered in cities across the US, and statewide in Illinois and in California.

Food commentator Mark Bittman says he believes that in five years, soda taxes will be common. What do you think? Should we tax sugary sodas, like the city of Berkeley is doing, and use the money to help fund diabetes and obesity prevention programs?  Should the revenue be used to subsidize healthy food for low income communities? Should we mandate warning labels on ads for sugary beverages, on soft drinks themselves, or on both?

Since taxes and warning labels were added to cigarette packages, cigarette consumption has dropped in the US by more than 50% – saving millions of lives.

Should we follow a similar model with sugary sodas, which are now known to be a driving force behind many of the major chronic ailments of our times?