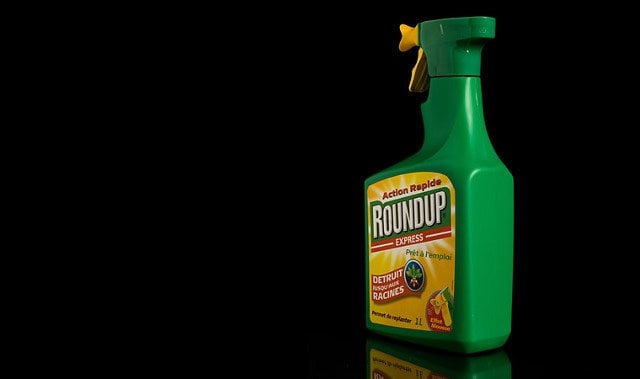 Scientists at the International Agency for Research on Cancer have found what appears to be a strong link between pesticide exposure and a blood cancer called non-Hodgkin lymphoma.

Analyzing 44 individual research projects published since 1980, the scientists, writing in the International Journal of Environmental Research and Public Health, said that people exposed to the weed killer glyphosate, marked by Monsanto under the brand name Roundup, had double the risk of developing non-Hodgkin’s lymphoma. Those exposed to 2,4-D, another potent weed killer marketed by Dow Chemical, were 40 percent more likely to develop this disease.

The authors, scientists who work in the IARC Section of Environment and Radiation in Lyon, France, theorized that these pesticides were causing genetic mutations in white blood cells, thereby weakening the body’s immune system and ability to fight off disease.

Previous studies have observed that farmers with exposure to 2,4-D have experienced impaired immune systems.

Last month, EWG reported that research by scientists at the Arctic University of Norway had detected “extreme levels” of glyphosate on genetically engineered soybeans.

Crop scientists have genetically engineered soy to survive blasts of glyphosate so that farmers can use this chemical to get rid of weeds near crops. Over time these weeds have become resistant to glyphosate and grown hardier. In turn some farmers have resorted to spraying more of the pesticide to try to kill the tougher “super weeds.”

Genetic engineering’s early promise to reduce pesticide use now seems empty. The U.S. Department of Agriculture recently reported that herbicide use doubled—from 62 million pounds in 1996 to 128 million pounds in 2012. Glyphosate now represents more than 83 percent of the chemical pesticides used in the U.S. annually.

The IARC study was published April 23, as the U.S. Environmental Protection Agency was considering approving GE seeds of corn and soybeans engineered to withstand 2,4-D, a suspected carcinogen. If the EPA approves the new GE seeds and if 2,4-D is used to kill weeds on some of the 170 million acres of corn and soybeans grown in the U.S. annually, the USDA estimates that 2,4-D use is likely to triple, dramatically increasing people’s exposure to a pesticide that may cause cancer.

How can consumers reduce their exposures to these pesticides? When we eat GE foods, we are taking a dose of pesticides with them. Right now, we can’t tell which foods are genetically engineered. We have to guess. EWG believes people have the right to know which foods are genetically engineered. What can you do? Tell your elected representatives to support legislation to label GE foods.