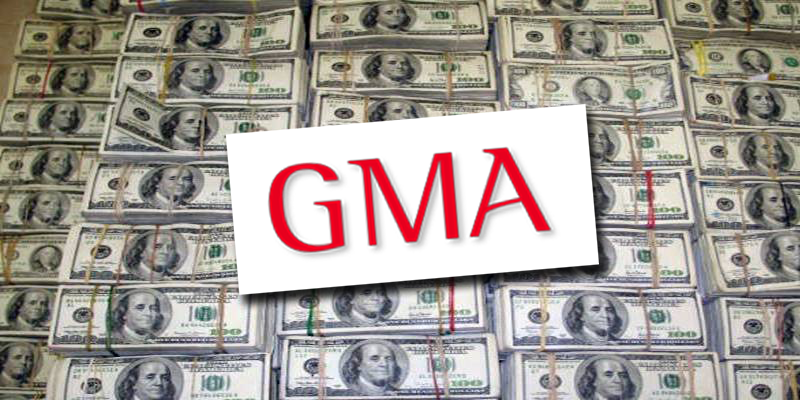 But the GMA is not an association of small-time corner stores. In reality the GMA represents the arguably sordid interests of its members – some of the biggest junk food and pesticide companies on the planet.

In the last three years, the GMA has spent more than $100 million advancing its agenda – stopping regulation of junk food, opposing education about healthy eating, and most fervently of all, fighting the labeling of Genetically Modified Organisms (GMOs).

With 93% of the American public wanting to see GMOs labeled, it takes a sustained and substantial effort to keep us in the dark. And all the more so when 64 other nations, including the entire European Union, have already mandated the labeling of GMOs, But the GMA is nothing if not committed. The goal? To protect the profits of the junk food companies and pesticide companies who make up its membership.  And to defeat the radical idea that people have a right to know what’s in the food they’re eating.

This explains why the GMA was horrified on May 8, when Vermont Governor Peter Shumlin signed the state of Vermont’s historic bill requiring food manufacturers to label food that contain genetically modified organisms (GMOs), and to ban the practice of labeling foods containing GMOs as “natural”.

Vermont’s bill came on the heels of similar laws passed in 2013 in the states of Connecticut and Maine, but with a crucial difference. The Connecticut and Maine bills contain “trigger” clauses, which mean that the laws don’t take effect unless other neighboring states pass similar bills. Why did legislators in these states install these “trigger clauses”?  They were afraid that the GMA would ensnare their states in lawsuits that they simply did not have the resources to defend.

But now that the state of Vermont has boldly stepped forward without a trigger clause, how do you think the Grocery Manufacturer’s Association (GMA) has responded?

On May 9, exactly one day after Governor Shumlin signed Vermont’s historic legislation, the GMA announced that it will sue the state of Vermont in federal court in an effort to overturn the labeling bill.
Vermont was not surprised. The state has established a “food fight” legal defense fund, and is accepting donations from other states. Many state Attorney Generals across the United States are backing Vermont’s efforts. Although some legal analysts believe Vermont will win, victory is far from certain. The biggest junk food companies in the world are fighting the labeling initiative through their front group, the GMA.

Elsewhere in the country, the battle continues. People in the state of Oregon who believe people should be allowed to know what’s in their food have been working towards a ballot initiative that would require GMOs to be labeled. The GMA’s response? First came efforts in the courts, backed by unknown donors (though it’s not hard to guess who they might have been), which argued about the wording of the initiative. But on May 8th, the very day the governor of Vermont signed that state’s GMO labeling bill, the Oregon Supreme Court ruled that the wording was fine. Now organizers have until July 3 to gather 87,213 valid signatures, and if they do, the issue will be placed before voters on the November ballot.

And who do you think will spend lavishly to try to stop them?

If you guessed the GMA, you’re right. In the last few years, the GMA and its members spent more than $60 million barely defeating GMO labeling ballot initiatives in California and Washington. They’re not about to roll over and let Oregon voters decide what they think is best for their state.

Here’s what the GMA finds perplexing.  There are currently 84 bills on GMO labeling in 29 states, as well as a labeling bill in Congress. It’s getting harder and harder to fight all of them.

So the GMA has come up with a preemptive bill that aims to deal a death blow to mandatory labeling of GMOs in the United States. Food manufacturers in the U.S. currently don’t have to label products that contain GMOs, and the bill, introduced by Rep. Mike Pompeo of Kansas, would keep it that way.

The big question, of course, is who exactly is funding the GMA’s massive effort to keep us in the dark about what we’re eating? The GMA’s major contributors include such bastions of healthy eating as PepsiCo, Coca-Cola, and Smucker’s. Perhaps not surprisingly, despite the fact that it is not in the grocery business at all, Monsanto is also a member.

Realizing that the GMA is fighting health and consumer freedom at seemingly every turn, concerned organizations and strategists have started asking what can be done to peel away the organization’s funding base.

A look at the GMA’s major supporters reveals that many of them own a raft of brands that are regularly purchased by natural foods consumers.

Coca-Cola, one of the GMA’s top donors, turns out to be fueled not just by sales of Coke, but also by sales of Honest Tea, Zico Coconut Water, Simply Orange, Odwalla, and Powerade.

Fortunately for fans of the right to know what’s in our food, there’s a petition and boycott campaign underway, launched by the Food Revolution Network (for which I serve as CEO), and the Center for Food Safety. We chose Coca-Cola because it was one of the top donors to the GMA, and because we thought it might be uniquely vulnerable to the demands of natural foods consumers. According to Bloomberg News, Coca-Cola’s healthier brands are playing a major and increasing role in the company’s profitability. In recent years sales of Coke have been leveling off, but sales of Honest Tea, for example, have been exploding.

We are asking Coca-Cola to be accountable to the natural foods consumers from whom it profits, by ceasing to fund efforts aimed at derailing GMO labeling. More than 250,000 people have signed on so far. Want to help? Join the Coca-Cola brands boycott, and find out how you can get informed and take action, here.

What You Can Do

If you want to stand up to the GMA’s antics, and for your right to know what’s in your food, there are plenty of things you can do.

2) Download the Buycott app for your smartphone and join Organic Consumer’s Associations new campaign, “Buy Organic Brands that Support Your Right to Know” so you can scan products before you buy them.

3) Support the “right to know” efforts in Oregon with funds or volunteer time here.

4) Tell the US Congress to oppose the federal bill that would block mandatory labeling efforts by signing the Center for Food Safety’s petition here.

6) Find out about California’s new legislation that has industry lobbyists freaking out – and if you’re in California, call your state Senator now. All the info is here.