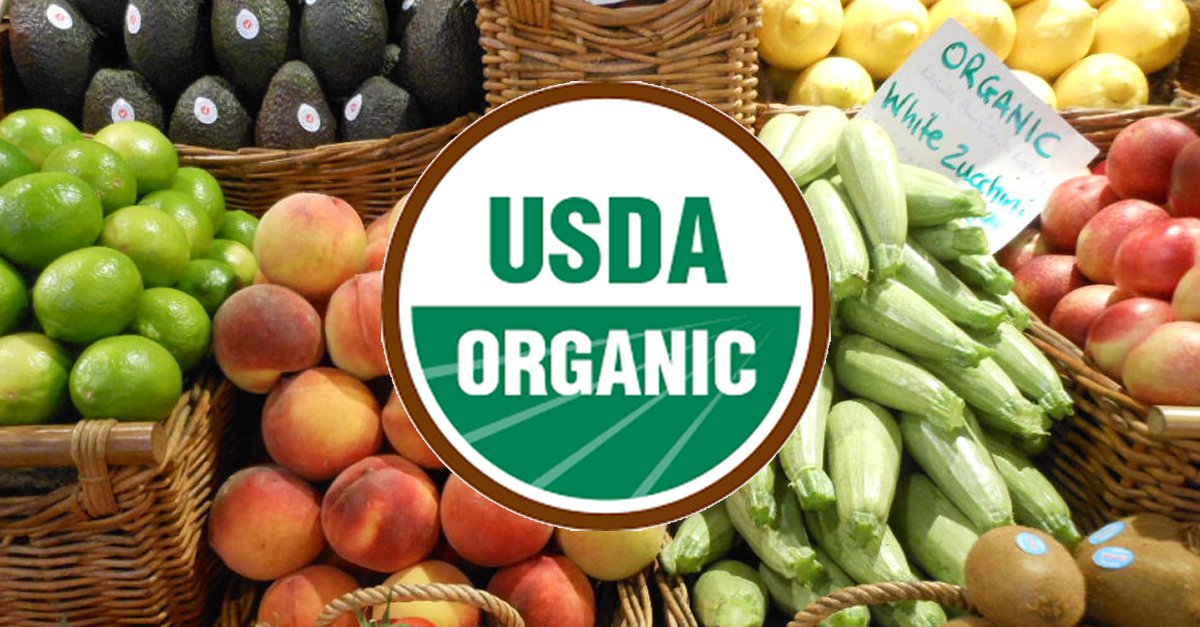 The American Academy of Pediatrics recently weighed in for the first time on organic food, as reported in the Wall Street Journal, suggesting that feeding kids organic fruits and veggies and organic meat just might reduce the risks of certain conditions and diseases and have some health benefits.

The President’s Cancer Panel also sounded alarm bells about chemicals and cancer, encouraging us to eat organic when we can, to reduce our exposure to pesticides and other additives being applied to our foods.

This is something I certainly didn’t do when my kids were younger, reflecting on all of the tubes of blue yogurt and packages of processed foods I’d served up.

When I first heard the term “organic” several years ago, I dismissed it. It connoted a “status” and conjured up two different images: lifestyles of the rich and famous or perhaps some alternative, hippie thing. The term “organic” actually refers to the way agricultural products are grown and produced. It legally details the permitted use (or not) of certain ingredients in these foods.  When I first learned about it, I thought it was a marketing tool.

The legal details are that the U.S. Congress adopted the Organic Foods Production Act (OFPA) in 1990 as part of the 1990 Farm Bill which was then followed with the National Organic Program final rule published by the U.S. Department of Agriculture (USDA).

The standards include a national list of approved synthetic and prohibited non-synthetic substances for organic production which means that organically produced foods also must be produced without the use of:

Wow, who knew that conventional, non-organic food could contain these ingredients?  Not many of us, since sewage sludge and artificial growth hormones aren’t on the label.

What about cloning animals or those genetically engineered salmon, hard-wired to double their weight? Those would be considered inconsistent with organic practices, too, because of the laboratory intervention required.

In other words, what we call “organic food,”  our grandmothers would have simply called “food.”  Because a lot of these new ingredients didn’t exist when we were younger, having only been created in laboratories, patented and then introduced into our foods in the last few decades.

LOOK FOR THE SEAL

Products labeled “100% Organic” and carrying the “USDA Organic” seal adhere to a strict legal standard: national organic standards require that organic growers and handlers be certified by third-party state or private agencies or other organizations that are accredited by USDA. Anyone who knowingly sells or mislabels as organic a product that was not produced and handled in accordance with the regulations can be subject to a civil penalty of up to $10,000 per violation.

Admittedly, the high price of organic food can irritate anyone.  But the scrutiny that these foods undergo is enormous and expensive, driving prices at the cash register and for those producing them on the farm.  Why the costs?  Because the cost structure on our food supply offers taxpayer-funded resources called subsidies to the farmers using genetically engineered seeds and saturating crops in insecticides and weed killers, while charging the organic farmers fees to prove that their crops are safe.

That’s like getting fined to wear your seat belt.

In other words, it’s an un-level playing field right now.  And if we were all sitting down as a national family at our national dinner table, I don’t think that any of us would want to be using our resources this way.  Wouldn’t we rather have the organic food be the one that we fund, making it cheaper, more affordable and more accessible to all Americans?

But right now, it’s not.  So should you choose to opt out of our conventional, chemically-intensive food production system and try something organic, you’ll be joining a growing segment of the population and are not alone.

The U.S. organic industry grew 21 percent overall in 2006 with organic foods and beverages continuing to be one of the fastest growing segments in the overall $598 billion food market.

Maybe you rolled your eyes at this whole thing a few years ago, dismissing it as an expensive food fad.  I did.  But give yourself permission to change.  Because as the science continues to mount, from the Presidents Cancer Panel to the American Academy of Pediatrics, nothing could be further from the truth. And while none of us can do everything, we can all do one thing. So the next time you are in your grocery store, consider purchasing something “organic”.

You can invest in your health with your shopping cart. And the best medicine you can take, might just be at the end of your fork.