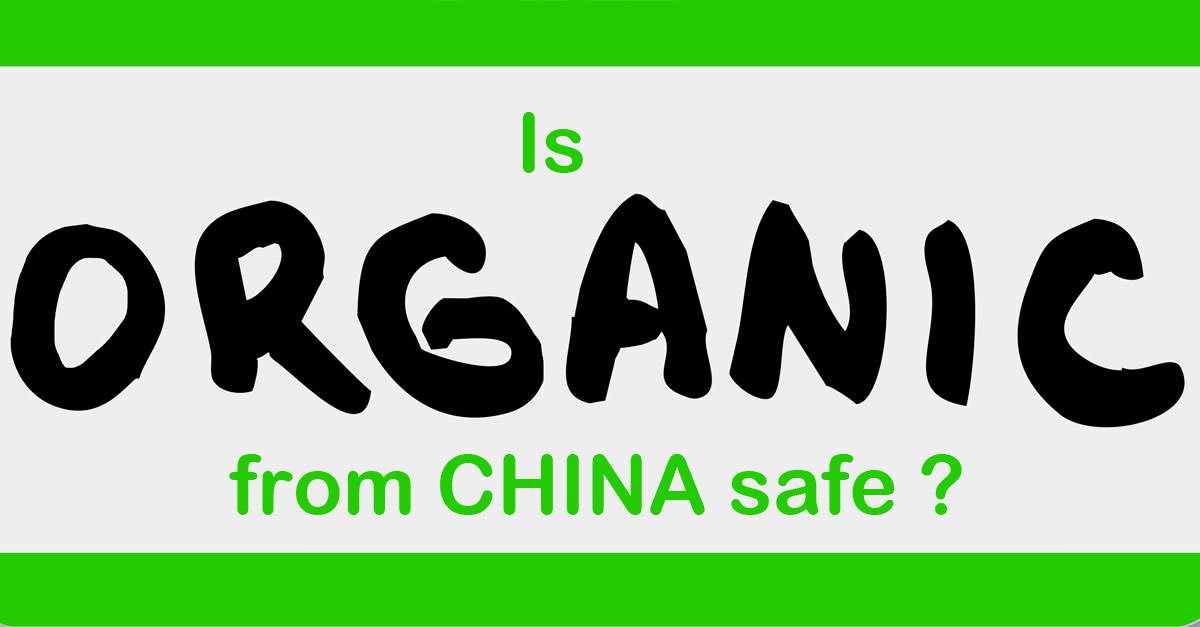 After numerous food scares in China, the Chinese have become disillusioned with the communist regime’s ability to properly regulate the food industry. And the contaminated food does not just stay in China. The U.S. Food and Drug Administration (FDA) regularly refuses shipments from China for “filth,” unsafe additives, veterinary drug residues, and mislabeling. In 2007, melamine-tainted pet treats from China reportedly killed thousands of cats and dogs in the United States.

The answer for some victimized Chinese is now organics—a guarantee that their food products will be produced in an environmentally responsible way and not be grown with pesticides, synthetic fertilizers, antibiotics, growth hormones, or other dangerous chemicals.

According to a survey by a Beijing research company, 80 percent of Chinese are upset by the food safety situation in China. A 2010 Foreign Agriculture Report by the U.S. Department of Agriculture (USDA) found that consumers were willing to pay ten times more for organic beef and five to ten times more for organic vegetables. Organics, although only a small portion of China’s food market, are on the rise in China, with the consumption of organic food out of total consumption tripling between 2007 and 2012 according to Biofach, the world’s largest organic trade fair.

But is China’s “organic” actually safe? And who does the guaranteeing?

It’s not too clear, considering China’s opaque system. Of course, not all organic food from China is problematic, and China is not the only violator of food safety regulations, but with China being the third greatest exporter of agricultural products to the United States, the situation does deserve attention.

Below are some of the major issues with China’s “organic” produce.

1. Environmental pollution in China is severe

But the “organic” label fails to account for environmental pollution, as the system only certifies a process, in which no harmful pesticides, fertilizers, etc. can be added when growing organic produce. But what about the heavy metals, like cadmium, lead, and arsenic, already contaminating the water sources and soil in China? According to Mike Adams, a natural health advocate and editor for Natural News, the USDA sets no limits on heavy metal contamination.

Chinese government data in 2011 showed over half of China’s large lakes and reservoirs were too contaminated for human use. And a groundwater pollution report by China’s Ministry of Land and Resources published in April of 2015 found 16 percent of the sampled water to be of “extremely poor” quality.

Furthermore, nearly one-fifth of China’s farmland is polluted, according to China’s Ministry of Environmental Protection and Ministry of Land Resources, with heavy metals that seeped into the soil through polluted irrigation water.

Since organic products sell at higher prices, food producers, and not just ones in China, may tack fraudulent “organic” labels on their products for a higher profit. As issues arise in all levels of the supply chain, Chinese authorities and the USDA find it hard to find all the violations. A 2010 USDA report said some producers purposefully avoid the annual certificate renewal process and continued using expired organic labels in order to reduce costs, while other retailers simply mislabeled conventional products as organic.

In another case, Whole Foods Market had to stop selling Chinese ginger under its “365” label after the ginger was found to contain residues of aldicarb sulfoxide, an agricultural pesticide not approved for use on organic food.

The Chinese Organic Certification Center (COFCC), the agency supposedly in charge of certifying all organics, inspects only 30 percent of organic products, while the rest are certified by private firms, NGOs, and individual inspectors, all of which must be accredited by the Certification and Accreditation Administration (CNCA). But the same 2010 report by the USDA said there was no equivalency in organic standards and certification between the United States and China, as China did not recognize foreign organic standards. Therefore, serious discrepancies can occur between what chemicals and agricultural practices are allowed in organics from China in comparison to organics from United States.

Organics imported to the United States are all supposed to be certified by a USDA-accredited certifier, but as there are not enough certifiers, the USDA outsources to Chinese third parties. But in one instance, the USDA granted conditional accreditations to a certifier based only on paperwork and neglected to physically confirm they complied with all regulations.

4. No strong regulations are in place

In 2010, the USDA reported that the Chinese regime failed to properly enforce organic standards, and no clear authority was given to any one governmental body, thus allowing abuses and illegal activity to occur. It also cited a Guangzhou Daily report about a consumer who reported fake organic vegetables and was directed to four different government departments before being told that none of them had enough authority to deal with the problem.

In communist-ruled China, authorities control the media and censor internet rumors to cover up food scandals, depriving them of the attention needed for reform to occur. Rather than focusing on eradicating food contamination problems, the Chinese regime spends more time concealing scandals its wrongdoings and promoting a facade of stability and prosperity. Furthermore, an intricate web of corruption ties together the court system, the business and manufacturing sectors, and the government officials. Bribes for licenses are common, with unethical practices regularly covered up by a cash offering.

All this is even more reason to buy food from farmers and stores that you can trust. To find a Farmers’ Market or CSA near you, check out Local Harvest here.