Huge news for the birds and the bees 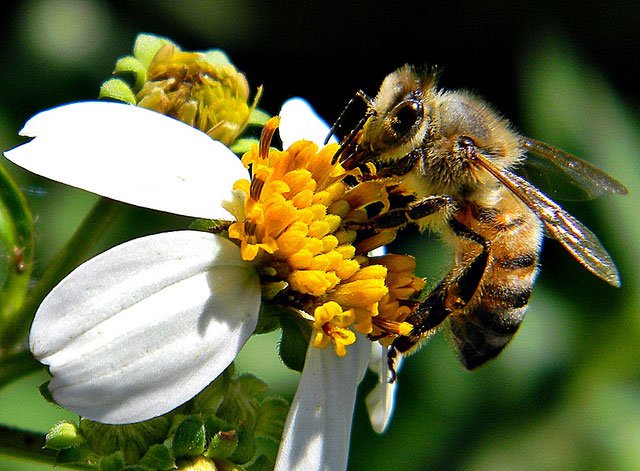 Albert Einstein once said that “if the bee disappeared off the surface of the globe, man would have only four years to live.”  Whether or not his statement is exactly accurate, it highlights how deeply dependent we are on bees for our food and nutrition.

The problem is serious and it is growing.  In response, both the U.S. and Mexico have recently taken steps toward banning the use of pesticides and GMO crops that have been strongly linked to the widespread bee die-offs.

The U.S. Fish and Wildlife Service has announced that genetically engineered crops and bee-toxic pesticides known as “neonicotinoids” will be banned in National Wildlife Refuges. This ruling impacts more than 150 million acres of federal land.

The announcement follows a recent White House memorandum that directed federal agencies to promote pollinator health in the face of significant losses in recent decades of bees, bats and birds that pollinate fruits, nuts and vegetables.

The truth about neonicotinoid pesticides

Corporate peddlers of neonicotinoid pesticides, such as Bayer CropScience, vigorously defend the safety of these chemicals.

But the EPA’s approval of Bayer’s products was based primarily on a study conducted by the chemical giant itself, a study that was later discredited by the EPA’s own scientists.

Meanwhile, an ever growing and ever more compelling body of research has linked the use of neonicotinoids to serious declines in bee populations.

And now new research published in the peer-reviewed journal Nature concludes that neonicotinoids are not just causing serious harm to bees, but also to birds. The study found that bird populations fell most sharply in those areas where neonicotinoid pollution was highest.

According to the study, at least 95% of neonicotinoids applied to crops end up in the wider environment, killing the insects the birds rely on for food.

Lead researcher Hans de Kroon from Radboud University in the Netherlands concluded: “Our study really makes the evidence complete that… we can’t go on like this any more. It has to stop.”

Mexico says No to GMOs

At the same time, bees and beekeepers in Mexico’s Yucatán peninsula are celebrating a major victory over corporate giant Monsanto. A district judge withdrew the company’s permit to plant genetically engineered Roundup-Ready soybeans on 625,000 acres of cropland. The judge was convinced by scientific evidence demonstrating that GMO crops pose a major threat to honey production.

Monsanto, Bayer, and the other corporate purveyors of pesticides and GMOs would like to keep selling their products, and they keep trying to downplay the harm they cause. But increasing numbers of scientists are sounding the alarm.

It’s not just the future of the birds and the bees that’s at stake. It’s our own as well.