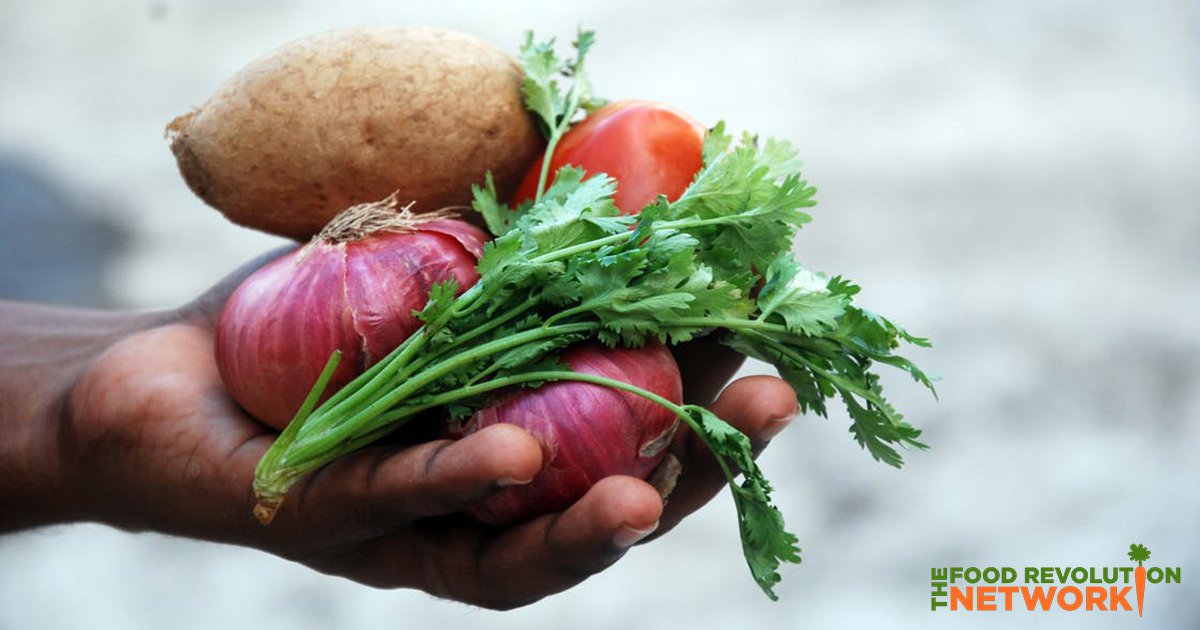 The Canadian government has released a new draft of their food guide, which has some surprising and exciting recommendations, including favoring whole, plant-based foods and suggesting that dairy and meat products should have a smaller role in our diets.

With its new recommendations for healthy eating, it seems like the Canadian government is actually listening to what the public wants and focusing on the latest science.

The previous version of the food guide was heavily criticized as bending over backward to appease corporate lobbyists. After it was introduced in 2007, an editorial in the Canadian Medical Association Journal said it: “…promotes overconsumption. It’s too soft on highly refined carbohydrates. It considers sugary juices equivalent to fruit… It doesn’t differentiate between good and poor sources of proteins and fats.” And, of course, “It’s influenced by the food industry.”

But this new version is being praised. And if this food guide becomes a reality — the final version won’t be released until 2018 —  this could mean good things for the future of food in Canada, and this development could even influence healthier food around the world.

How did Canada’s new food guide come to be?

The draft of the new food guide released by Health Canada — the department of the government of Canada with responsibility for national public health — was based on health evidence, as well as information on Canadian citizens’ eating habits, and input from the public. Reports that were commissioned by the food industry, and studies that were sponsored by the food industry, were excluded from consideration.

The last health guide, released in 2007, didn’t differentiate between whole and processed foods. It focused heavily on fruit juice and milk. It was criticized for being concerned with lobbyists and economic concerns, rather than science.

Canadian’s health is suffering — more than 60% of the population are overweight and 4 out of 5 people are at risk for developing heart disease — and Health Canada realized changes were needed. So they decided to exclude lobbyists and industry pundits from consultations for the new food guide.

The new guidelines are good for people

They also include these recommendations:

The new guidelines are good for the planet

While the guide acknowledges that the primary focus is to support human health, it acknowledges that food, “can have environmental implications, such as greenhouse gas emissions (GHG), soil degradation, decreases in water quality and availability, and wildlife loss.”

They point out that diets higher in plant-based foods and lower in animal-based foods are associated with a lesser environmental impact. And they emphasize the need to reduce food waste.

What these new guidelines could mean for Canada

While it can be easy to ignore these type of government guidelines or to think they don’t really matter, government food guides play a bigger role than you may think.

According to the National Post, Canada’s food guide is one of the most popular documents. It was downloaded more than 230,000 times with more than 1.7 million print copies.

The guidelines — however they appear in their final form — will directly impact on the food served in institutional settings, including hospitals, schools, universities, and community-based organizations. And many doctors, dieticians, corporations, and hospitals rely on the document as a source of nutritional guidance.

Here are some other ways Canadians could be impacted by the new food guide:

The food guide is only a draft right now. The public consultation process began last fall, and Health Canada has extended the deadline for public discussion until August 14th, 2017.

Industry groups, such as the dairy industry, are already lobbying to impact the final guidelines. So it’s important for people to continue to take action and let the Canadian government know what they think while they can.

To let the Canadian government know what you think about the food guide, go here. (The deadline for public discussion has now passed.)

You do have to register in order to comment and to respond to questions about each proposed guiding principle.

All in all, this new food guide shows that it could be possible for government food guides to avoid influence from animal-food industry groups and to promote a scientifically grounded whole foods, plant-based dietary pattern.

If the draft of Canada’s food guide becomes final, it could serve as an example to other governments, including the United States, where guidelines are often profoundly influenced by food manufacturers, food producers, and special interest groups.

Other countries, such as Brazil and Sweden have created guides that aren’t heavily influenced by the food industry, so it is possible.

All in all, we know have an abundance of medical studies, published in peer-reviewed scientific journals, which make it clear that the more people around the world who shift to healthier and more plant-based ways of eating, lives will be saved — and the planet could be saved as well.

Part of the reason Canada’s food guide made such dramatic changes is because people spoke up. Yes, it can be easy to feel disconnected and to lose hope. But people have power. You have power. So, it’s important to take action when you can, to make your voice heard, and to make healthy choices for yourself and your family every day.

If we want a healthy food future, we can’t sit back and wait for it to happen. We all have to play an active role in making changes for the better.

And that’s true no matter which country we live in.

Tell us in the comments. What do you think of Canada’s proposed food guidelines? Will they make a difference? 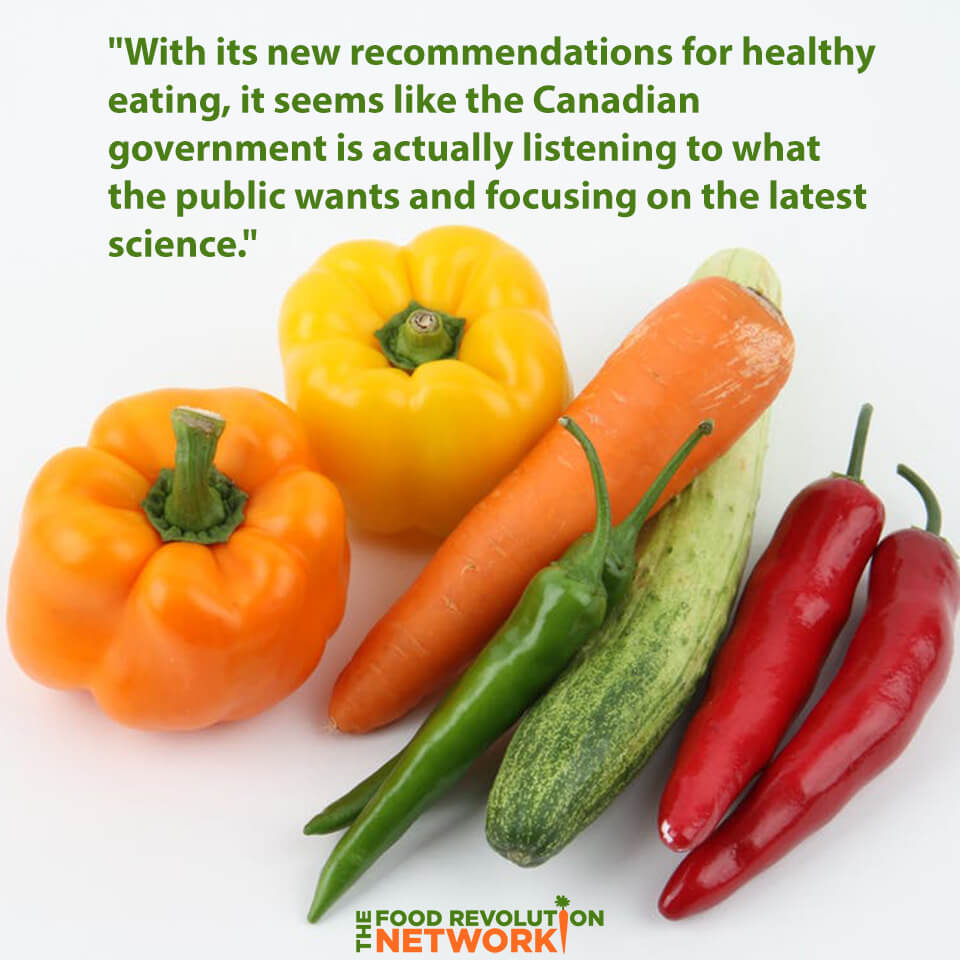