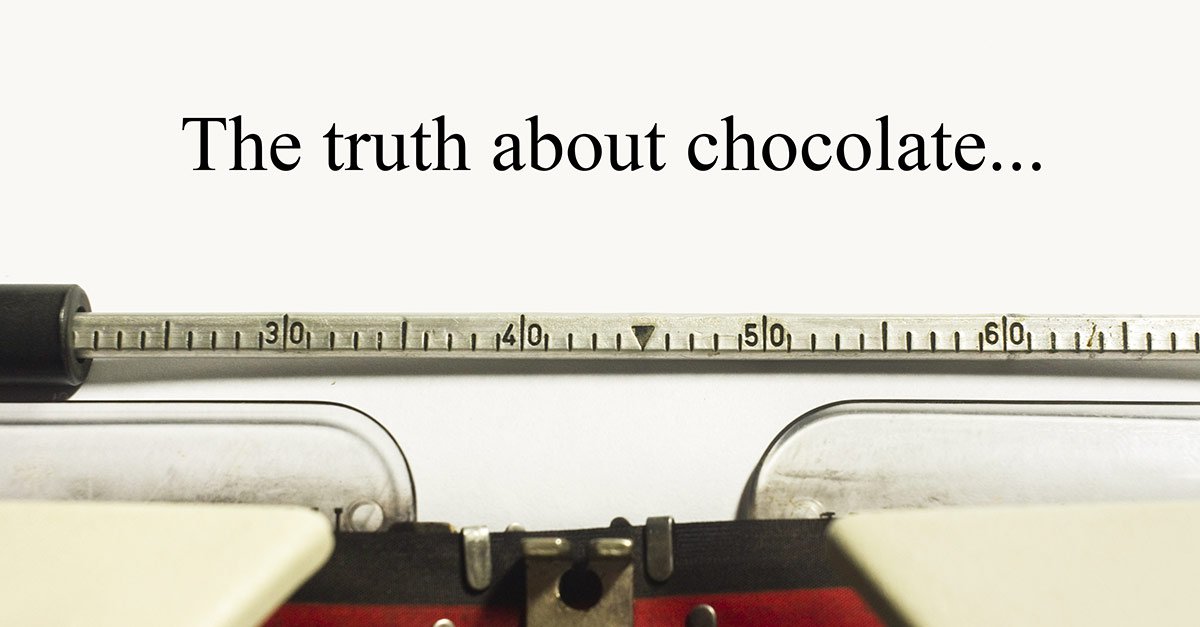 The food police may find this hard to take, but chocolate has gotten a bad rap. People say it causes acne, that you should eat carob instead, that it’s junk food. But these accusations are not only undeserved and inaccurate, they falsely incriminate a delicious food that turns out to have profoundly important healing powers.

There is in fact a growing body of credible scientific evidence that chocolate contains a host of heart-healthy and mood-enhancing phytochemicals, with benefits to both body and mind.

For one, chocolate is a plentiful source of antioxidants. These are substances that reduce the ongoing cellular and arterial damage caused by oxidative reactions.

You may have heard of a type of antioxidants called polyphenols. These are protective chemicals found in plant foods such as red wine and green tea. Chocolate, it turns out, is particularly rich in polyphenols. According to researchers at the University of Texas Southwestern Medical Center in Dallas, the same antioxidant properties found in red wine that protect against heart disease are also found in comparable quantities in chocolate.

High blood pressure is a well known risk factor for heart disease. It is also one of the most common causes of kidney failure, and a significant contributor to many kinds of dementia and cognitive impairment. Studies have shown that consuming a small bar of dark chocolate daily can reduce blood pressure in people with mild hypertension.

Why are people with risk factors for heart disease sometimes told to take a baby aspirin every day? The reason is that aspirin thins the blood and reduces the likelihood of clots forming (clots play a key role in many heart attacks and strokes). Research performed at the department of nutrition at the University of California, Davis, found that chocolate thins the blood and performs the same anti-clotting activity as aspirin. “Our work supports the concept that the chronic consumption of cocoa may be associated with improved cardiovascular health,” said UC Davis researcher Carl Keen.

How much chocolate would you have to eat to obtain these benefits? Less than you might think. According to a study published in the American Journal of Clinical Nutrition, adding only half an ounce of dark chocolate to an average American diet is enough to increase total antioxidant capacity 4 percent, and lessen oxidation of LDL cholesterol.

Why, then, has chocolate gotten such a bum reputation? It’s the ingredients we add to it. Nearly all of the calories in a typical chocolate bar are sugar and fat.

As far as fats go, it’s the added fats that are the difficulty, not the natural fat (called cocoa butter) found in chocolate. Cocoa butter is high in saturated fat, so many people assume that it’s not good for your cardiovascular system. But most of the saturated fat content in cocoa butter is stearic acid, which numerous studies have shown does not raise blood cholesterol levels. In the human body, it acts much like the monounsaturated fat in olive oil.

Milk chocolate, on the other hand, contains added butterfat which can raise blood cholesterol levels. And it has less antioxidants and other beneficial phytochemicals than dark chocolate.

Does chocolate contribute to acne? Milk chocolate has been shown to do so, but I’ve never heard of any evidence incriminating dark chocolate.

Dark chocolate is also healthier because it has less added sugar. I’m sure you don’t need another lecture on the dangers of excess sugar consumption. But if you want to become obese and dramatically raise your odds of developing diabetes, heart disease, cancer and Alzheimer’s disease, foods high in sugar (including high fructose corn syrup) are just the ticket.

Are chocolate’s benefits limited to the health of the body? Hardly. Chocolate has long been renown for its remarkable effects on human mood. We are now beginning to understand why.

Chocolate is the richest known source of a little-known substance called theobromine, a close chemical relative of caffeine. Theobromine, like caffeine, and also like the asthma drug theophylline, belong to the chemical group known as xanthine alkaloids. Chocolate products contain small amounts of caffeine, but not nearly enough to explain the attractions, fascinations, addictions, and effects of chocolate. The mood enhancement produced by chocolate may be primarily due to theobromine.

Chocolate also contains other substances with mood elevating effects. One is phenethylamine, which triggers the release of pleasurable endorphins and potentates the action of dopamine, a neurochemical associated with sexual arousal and pleasure. Phenethylamine is released in the brain when people become infatuated or fall in love.

Another substance found in chocolate is anandamide (from the Sanskrit word “ananda,” which means peaceful bliss). A fatty substance that is naturally produced in the brain, anandamide has been isolated from chocolate by pharmacologists at the Neurosciences Institute in San Diego. It binds to the same receptor sites in the brain as cannabinoids like THC — the primary psychoactive constituent in marijuana — and produces feelings of elation and exhilaration. (If this becomes more widely known, will they make chocolate illegal?)

If that weren’t enough, chocolate also boosts brain levels of serotonin. Women typically have lower serotonin levels during PMS and menstruation, which may be one reason women typically experience stronger cravings for chocolate at these times in their cycles. People suffering from depression so characteristically have lower serotonin levels that an entire class of anti-depressive medications called serotonin uptake inhibitors (including Prozac, Paxil, and Zooloft) have been developed that raise brain levels of serotonin.

Since I am known as an advocate of healthy eating, I’m often asked about my food indulgences. One of my favorite desserts is a piece of dark organic chocolate, along with a glass of a fine red wine.

I do have a policy, though, to eat only organic and/or fair trade chocolate. This is because of what I have learned about child slavery in the cocoa trade.

May your life be full of healthy pleasures.