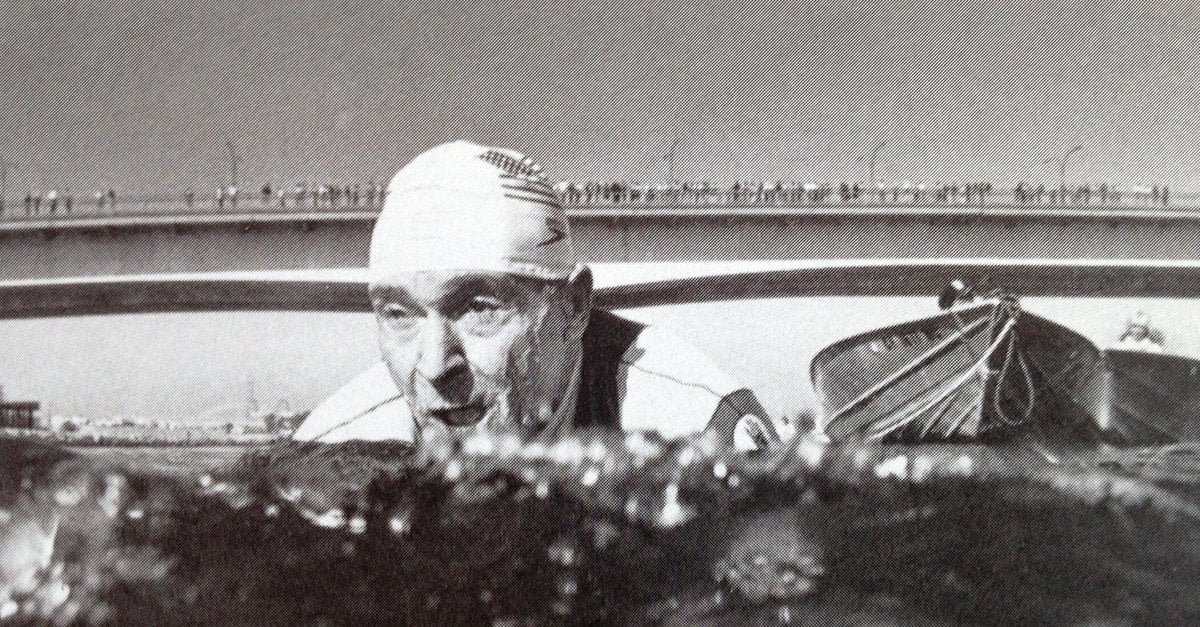 His wife of 51 years, Elaine LaLanne, knew. “I have not only lost my husband and a great American icon,” she said, “but the best friend and most loving partner anyone could ever hope for.”

When it comes to exercise and health, the name Jack LaLanne has long been virtually synonymous with ﬁtness. Jack literally inspired millions to live a healthful life. But Jack LaLanne didn’t start out as a model of health. Far from it.

When he was a teenager, he dropped out of school for a year because he was so ill. Shy and withdrawn, he avoided being with people. He had pimples and boils, was thin, weak, and sickly, and wore a back brace. “I also had blinding headaches every day,” Jack recalled. “I wanted to escape my body because I could hardly stand the pain. My life appeared hopeless.”

Then he met the pioneer nutritionist, Paul Bragg, who preached a new way of living. And to his credit, Jack listened. Bragg asked Jack, “What do you eat for breakfast, lunch, and dinner?”

He pointed young Jack in a healthier direction. That night Jack got down on his knees by the side of his bed and prayed. He didn’t say, “God, make me the strongest man in the world.” Instead, he asked for a new beginning. “God, please give me the willpower to refrain from eating unhealthy foods when the urge comes over me. And please give me the strength to exercise even when I don’t feel like it.”

Seeing the Value of Health & Nutrition

Jack set out to see what he could accomplish with a good diet and exercise. He found a set of weights and began to use them. He ate only the most healthful of foods. He developed exercise equipment that evolved into what has become standard in many health spas today. In 1936, he opened the ﬁrst modern health club, paying $45 a month for rent in downtown Oakland.

Jack LaLanne touted the value of exercise and nutrition long before it became fashionable. Many people thought he was a charlatan and a nut. When he encouraged the elderly to lift weights, doctors said this was terrible advice. They said it was a good way for the elderly to break bones. But now, of course, we know that weight-bearing exercise is precisely what is needed to build bone strength and prevent elderly bones from breaking.

He was among the ﬁrst to advocate weight training for women. Doctors said women who tried it would not be able to bear children. Now we know that regular exercise is one of the best preparations for childbirth. Over the years, he’s been vindicated a thousandfold. His television programs brought his ideas to hundreds of millions of people and helped change the way we all view health and ﬁtness.

It has been said that without eccentrics, cranks and heretics the world would not progress. I don’t think Jack LaLanne was a crank, but he most certainly was an eccentric. On his 60th birthday, he swam from the notorious Alcatraz island prison to San Francisco while handcuffed, towing a thousand-pound boat. “Why did you do that?” people asked. Jack’s response: “To give the prisoners hope.” (The prison has since closed, and today, Alcatraz Island is a U.S. National Park Service attraction.)

On his 65th birthday, Jack LaLanne towed 65 hundred pounds of wood pulp across a lake in Japan. On his 70th birthday, he celebrated by towing 70 rowboats with 70 people on board for a mile and a half across Long Beach Harbor, all while handcuffed and with his feet shackled.

He said his purpose in these phenomenal performances was to demonstrate that a healthful lifestyle can work wonders.

All About His Message

Having pioneered health and ﬁtness gyms in the United States, Jack was gratiﬁed that physical ﬁtness and nutrition have become a huge growth industry worldwide. He believed that the emphasis on exercise and a healthful, natural diet creates stronger, smarter, and better people. “With healthier citizens,” he said, “we unburden society from sickness, and reduce the medical bills that are draining people’s savings and causing so much grief.”

Even in his 90s, Jack was a living testimony to the value of regular exercise and a healthful lifestyle. He was, for many years, a vegan. But in his later years, though he still ate no dairy products — “anything that comes from a cow, I don’t eat.” He occasionally ate egg whites (from truly free range chickens) and wild ﬁsh. Mostly, he ate organic raw fruits and vegetables. And he took vitamins.

His vibrant message was that it’s never too late to get in shape. “Those who begin to exercise regularly, and replace white ﬂour, sugar, and devitalized foods with live, organic, natural foods, begin to feel better immediately,” he said. He emphasized that it takes both nutrition and exercise. “There are so many health nuts out there who eat nothing but natural foods but they don’t exercise and they look terrible. Then, there are other people who exercise like a son-of-a-gun but eat a lot of junk… Exercise is king. Nutrition is queen. Put them together, and you’ve got a kingdom!”

Even Old Age Couldn’t Stop Him

Even at the age of 95, Jack LaLanne was still a model of ﬁtness and vitality. Full of life and spirit, his one-minute “Jack LaLanne Tip of the Day” pieces were still being shown on seventy television stations. As energetic and ﬂamboyant as ever, he was still speaking all over the world, inspiring people to help themselves to a better life, physically, mentally, and morally.

When he was 94, Jack was asked if he thought he’d live to be 100. His answer was to the point. “I don’t care how old I live! I just want to be living while I am living! I have friends who are in their 80s, and now they’re in wheelchairs, or they’re getting Alzheimer’s. Who wants that? I want to be able to do things. I want to look good. I don’t want to be a drudge on my wife and kids. And I want to get my message out to people.” He smiled. “I tell people, I can’t afford to die. It would wreck my image.”

He was once asked about George Burns, the famous comedian who made it to 100 though he smoked cigars, drank alcohol and was not health-oriented. Jack, it turns out, knew George Burns well. And he answered, “George Burns was more athletic than you think he was. And he was a very social man. He loved people; he enjoyed life. He worked at living. Old George was a social lion; he got around and did things. That’s the key right there. It starts with your brain.”

Jack LaLanne was a man of great accomplishments. But perhaps his greatest achievement was that this once painfully shy and sick young man learned to love people and to love being alive.