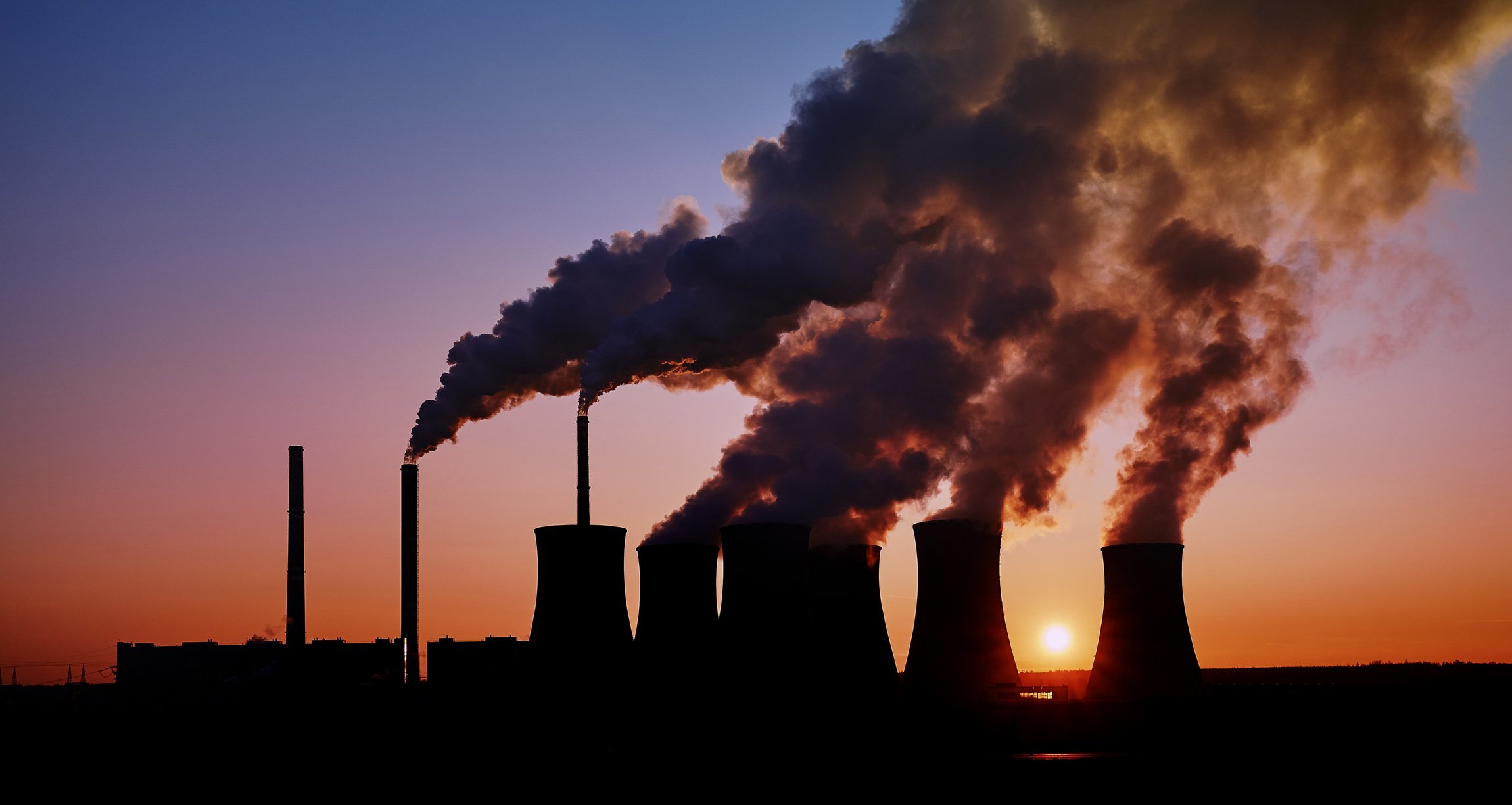 If we want to feed the world and prevent catastrophic climate change in 2050, a report from the World Resources Institute says food production and consumption must change. Discover five climate change solutions and learn how a type of agriculture can help.

By Sam Fromartz • A version of this article was originally published on TheFERN.org

What will it take to feed 9.7 billion in 2050 and prevent catastrophic climate change?

The short answer: A lot of work.

According to a report released Wednesday, December 5th, 2018, by the World Resources Institute, if today’s system of food production and consumption continues unimpeded, the results will be disastrous for the climate, land use, biodiversity, equity, and food access. 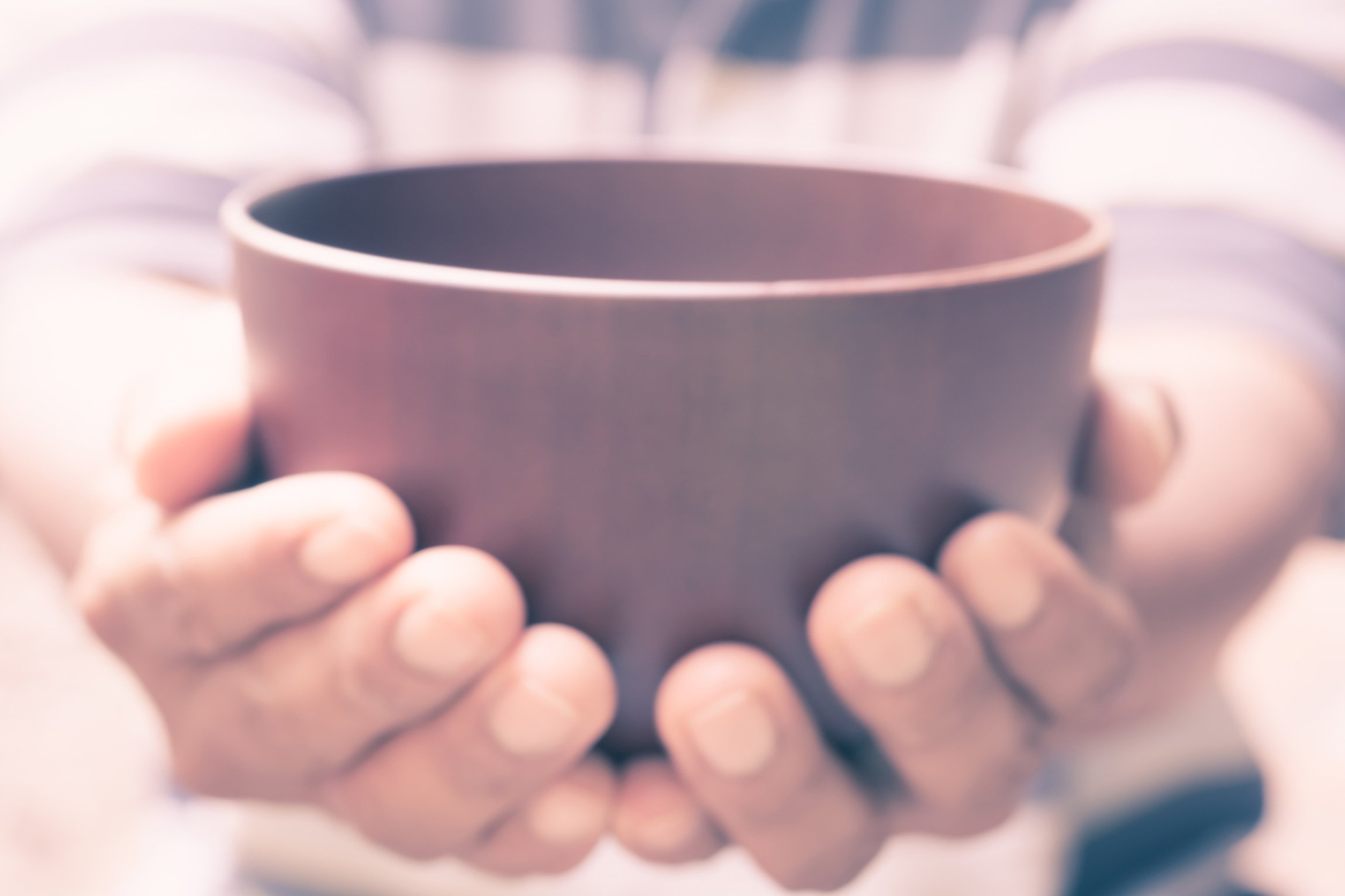 “By 2050, the world must feed many more people, more nutritiously, and ensure that agriculture contributes to poverty reduction through inclusive economic and social development, all while reducing greenhouse gas (GHG) emissions, loss of habitat, freshwater depletion and pollution, and other environmental impacts of farming,” the report states.

“Pursuing any one of these goals to the exclusion of the others will likely result in failure to achieve any of them.”

Like many sobering reports of late on climate change, this one argues that we must change what we eat and how we produce it to keep climate change below the 2-degree Celsius target of the Paris Agreement — which President Trump has promised to exit — never mind the 1.5-degree target scientists say is necessary.

It was released during COP24, the 24th Conference of the Parties to the U.N. Framework Convention on Climate Change, now underway in Poland.

With population growth, the report says the world is going to need 50% more food, including a projected 70% increase in animal-based foods like meat and dairy.

But if production just ramps up to meet that need, without changing the status quo, the world will be hotter, and it will also require new farmland twice the size of India. 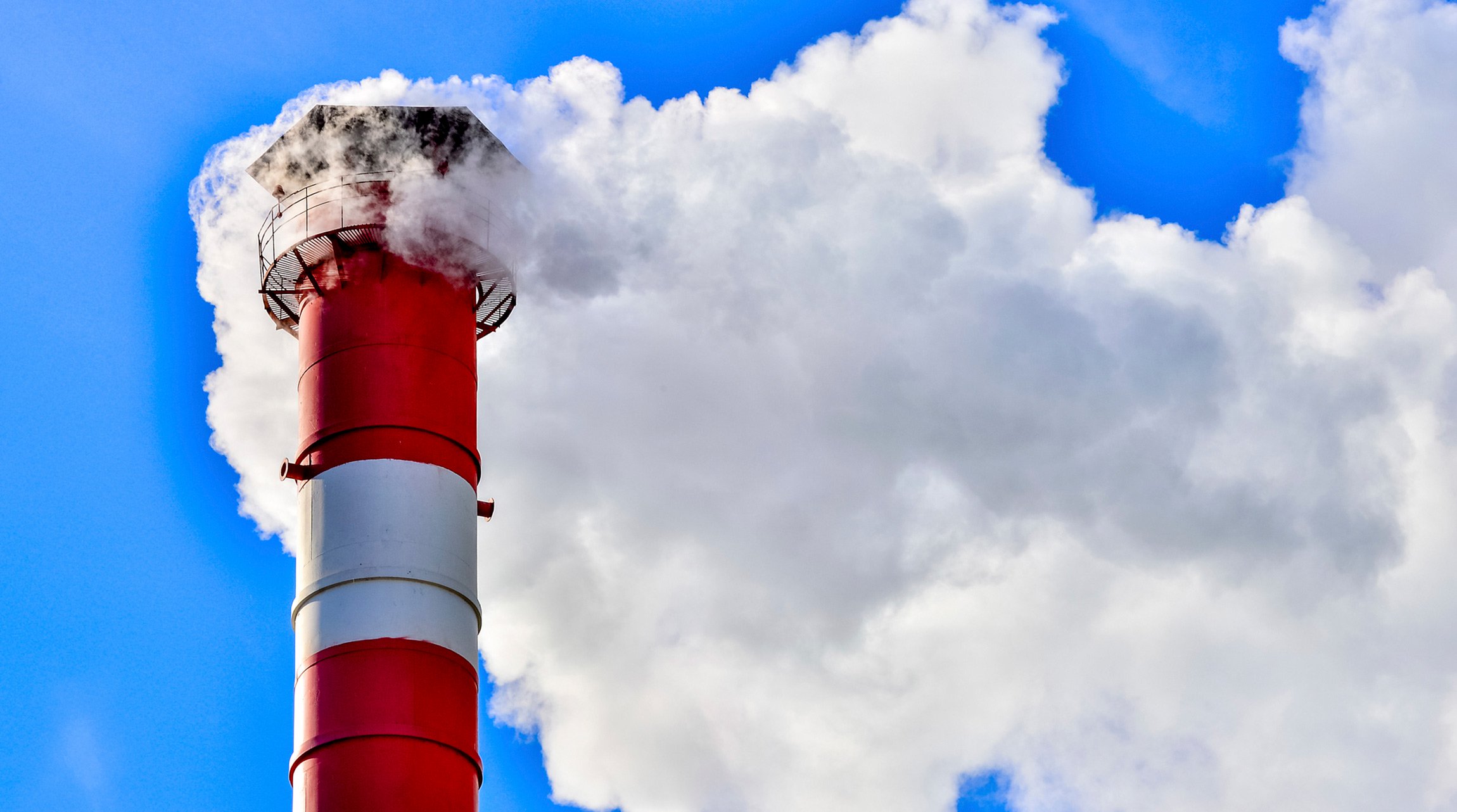 A more desirable goal is to produce enough food, without sacrificing carbon-sequestering lands — and to do so in a way that cuts agricultural emissions.

It calls those goals — food production, land protection, greenhouse gas reduction — the three gaps that must simultaneously be achieved.

Among the controversial recommendations: sharply reduce meat consumption and end biofuels, which compete for land for food production.

Right now, agriculture accounts for about a quarter of all man-made greenhouse gas emissions, both from growing food and from clearing lands.

If food production fails to change, its emissions and land use alone will account for 70% of the total emissions target under the Paris Agreement “leaving almost no space for emissions from other economic sectors and making achievement of even the 2 degree Celsius target impossible,” the report says. 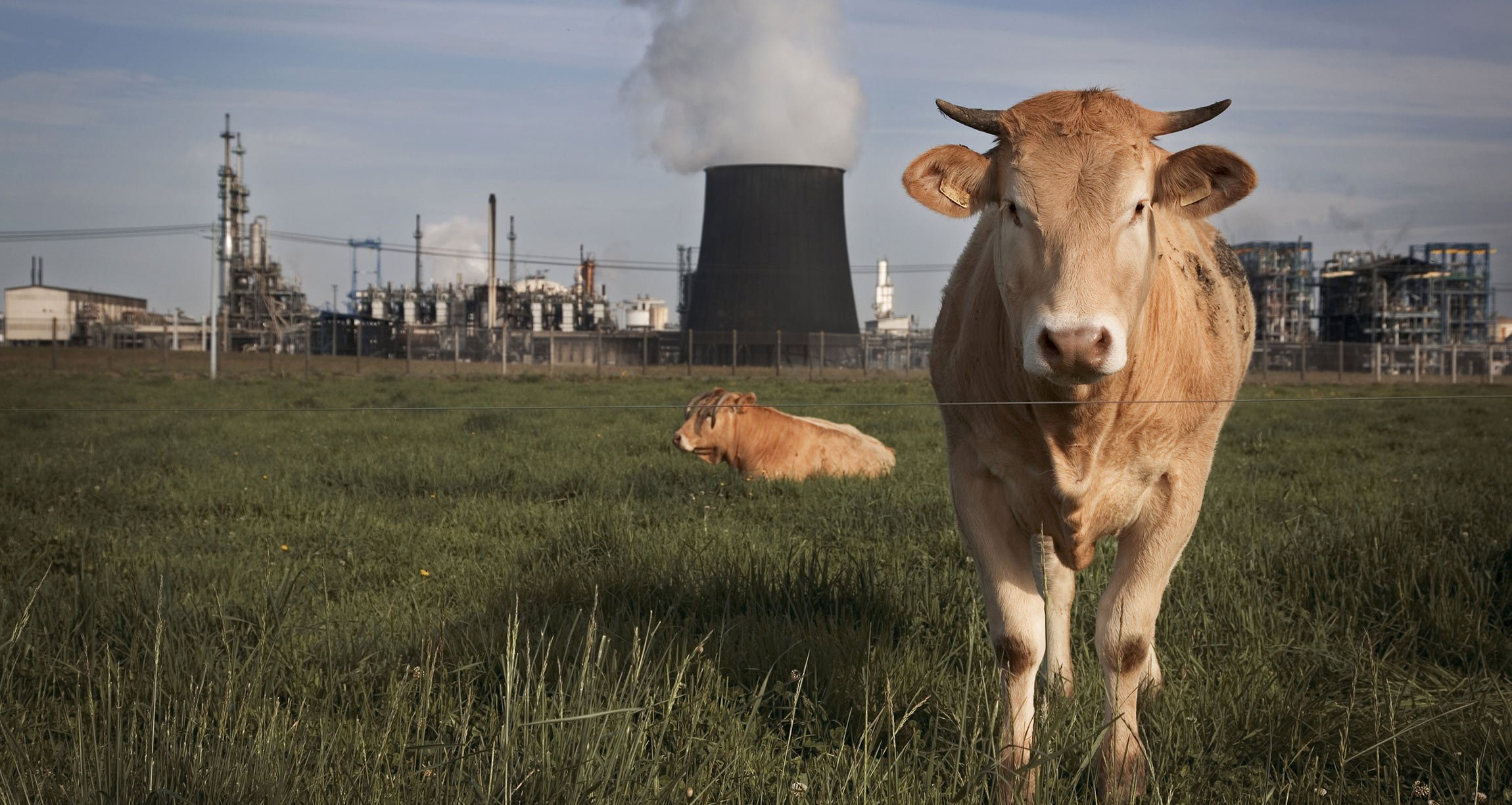 To forestall that possibility, the report comes up with five main areas to work on, many of which are challenging in the current political climate.

1) Despite a rising population, it argues that food demand has to decrease by shifting away from carbon-intensive, meat-heavy diets. That doesn’t mean going vegan or preventing poorer nations from increasing meat consumption, but rather cutting back.

(Editor’s note: Of course, it also could mean going vegan for some people, too!)

“If global consumers shifted 30% of their expected consumption of ruminant meat in 2050 to plant-based proteins, the shift would, by itself, close half the GHG mitigation gap and virtually all of the land gap,” the report says.

“Such a shift would require roughly 2 billion people in countries that today eat high amounts of ruminant meats to reduce their consumption, on average, by 40% below 2010 levels to 1.5 servings per person per week.” These are primarily consumers of wealthier countries, such as Europe and the United States.

2) It also argues that food production has to increase using the same amount of land.

That means producing higher-yielding crops. It’s a tall order because researchers would have to come up with crops that far outpace current yield gains, which other reports have pointed out have largely stagnated, especially since the Green Revolution.

3) To keep agriculture on its current footprint rather than expanding onto new lands, governments must support more intensive farming, reforesting abandoned or unproductive land, and avoiding carbon-rich peatlands.

4) It also says that agriculture must cut emissions by altering animal feed, managing manure, and being judicious about fertilizer use. Livestock accounts for about half of all agricultural greenhouse gas emissions, although inputs, such as fertilizer, also produce carbon emissions.

5) In another controversial recommendation, the report recommends ending incentives for the production of biofuels.

Some countries have goals to increase biofuels four-fold from 2010 levels, but that would take land currently used for food.

“Still more ambitious goals — to supply 20% of world energy from bioenergy by 2050 — would require a quantity of biomass equal to all the world’s harvested crops, crop residues, forage, and wood in 2000,” the report says.

Aside from competing with food crops, biofuels contribute to greenhouse gas emissions rather than mitigating them, the report says, and recommends keeping biofuels at 2010 levels.

Editor’s Note: How Agriculture Can Put Carbon Back in the Soil

In addition to the many interesting (and perhaps controversial) ideas in this article from the Food and Environment Reporting Network, there’s another climate change reversal strategy that could make a world of difference.

What is it? Regenerative agriculture.

Plants breathe in carbon dioxide. And when farming is well-managed, this carbon can be taken out of the air and captured in the dirt.

Regenerative agriculture can sequester carbon in the soil, and in the process, it can improve soil health, crop yields, water resilience, and nutrient density.

Regenerative agriculture draws down atmospheric carbon dioxide — and it can seriously help to reverse the climate crisis. At the same time, it rebuilds topsoil and, at scale, can contribute to global food security.

If we are to have a stable climate for future generations, as well as water and soil for our grandchildren to grow food, there are a few things that we know we must do.

We need to leave fossil fuels in the ground, to move as rapidly as possible toward renewable energy (and away from inefficient biofuels), to implement regenerative agricultural principles that sequester carbon, to eat mostly plants, and to remember that our actions always have an impact.

When you support organic, plant-based agriculture, you’re contributing to healthier soil and healthier food production systems. But organic alone may not be enough.

Increasingly, organic food is grown on large-scale megafarms that may be an improvement over chemical-intensive industrialized agriculture. But these farms are still far from truly sustainable, much less regenerative.

When you have the opportunity, supporting small-scale, local, and organic farmers can be a potent way to contribute to healthy food for your family, a healthier local economy, and a healthier future for our world.

There isn’t a certification (yet) for regenerative agriculture. But perhaps, in time, there will be. One of the global leaders in the effort is the nonprofit Regeneration International. You can find out more about their good work here. 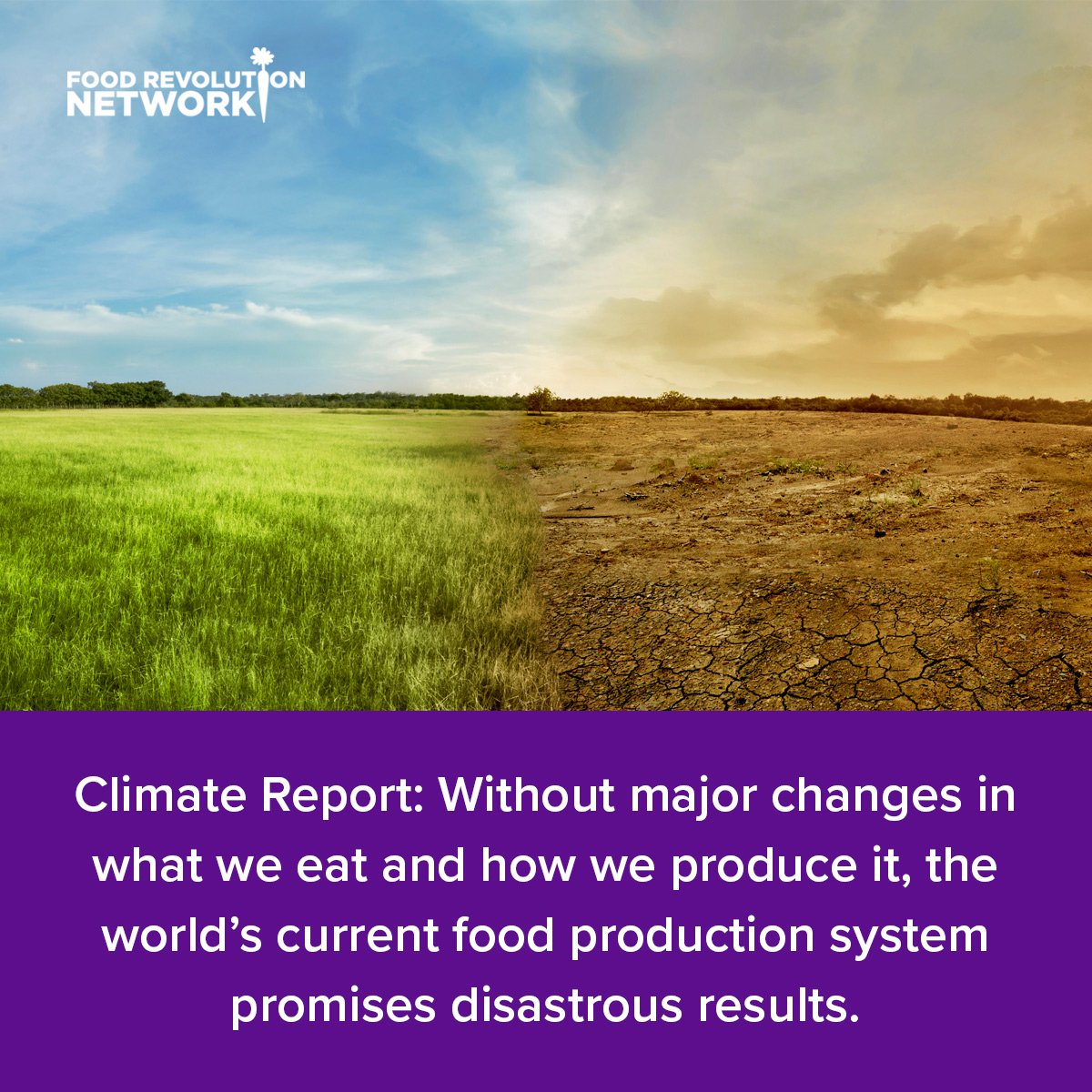