7 Reasons Why Meat Causes Inflammation — Which Promotes Aging and Disease 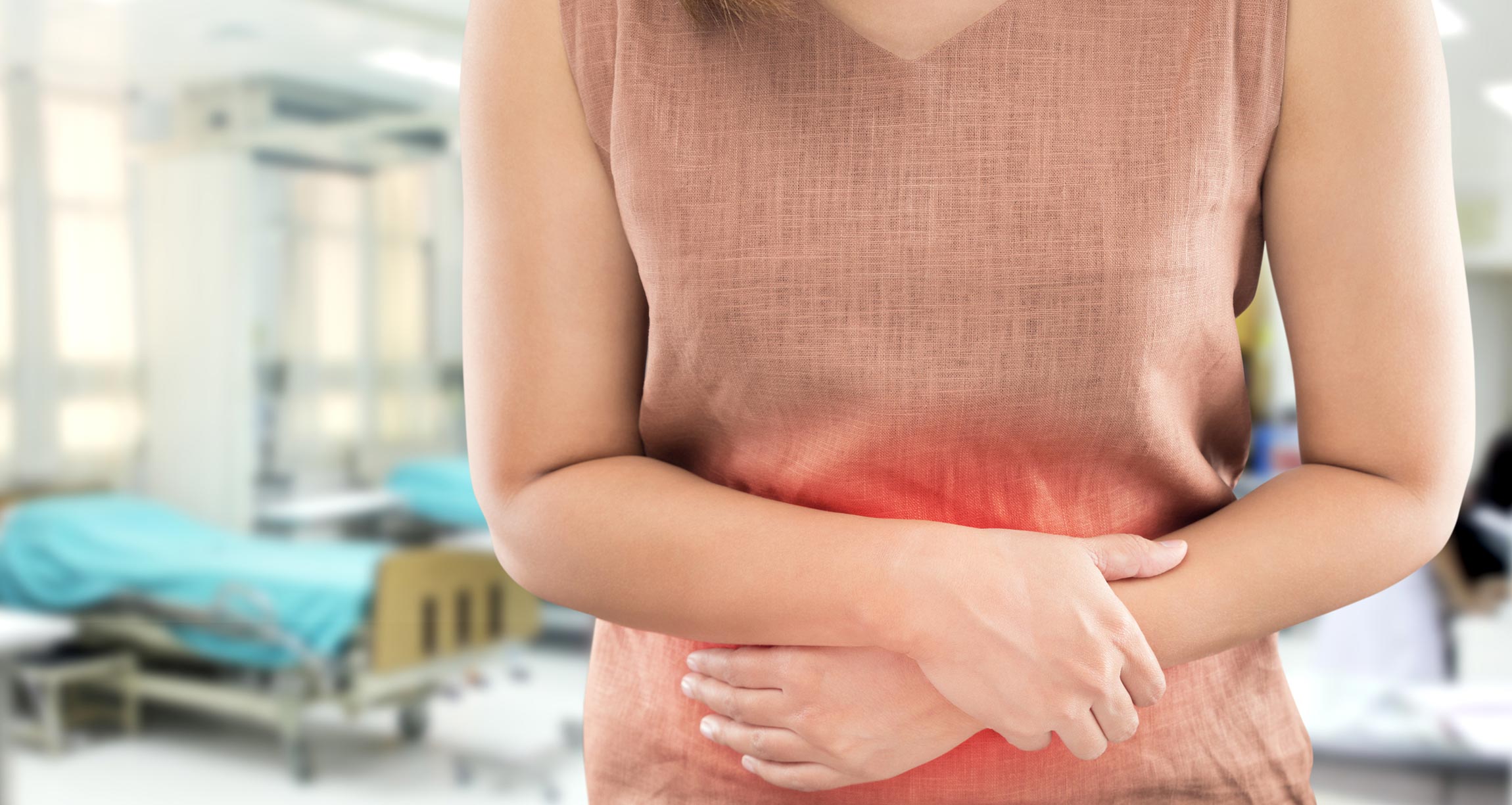 How does meat cause inflammation? A top cardiologist explains the science behind what happens to your body when you eat meat and how you can fight inflammation with food.

Actor George Burns said that “you can’t stop getting older, but you don’t have to get old.” Considering he lived to be 100 and was active until just before his death, his words have more impact than most.

The scientific pursuit of understanding aging is robust, and significant amounts of money are being spent on researching strategies to delay or reverse the damage aging creates. I have participated in studies where my entire genome has been sequenced as part of a growing database relating our DNA code to health.

While you might not have had your entire genome sequenced, there are steps you can take now to minimize aging in your body.

It is important to understand what inflammation is, how it relates to aging (sometimes called inflammaging), and how one food group, meat, promotes inflammaging.

Inflammation is a complex process in which cells and chemicals in our bodies fight infections and other threats, and it can be activated acutely or long-term.

If a threat is detected by the immune system, chemicals like histamine are released that cause blood vessels to dilate, permitting white blood cells to arrive to clean up the area.

While inflammation can protect our health when it’s an acute response like a bug bite or infection, chronic inflammation is a different story.

Many medical illnesses are caused by the chronic activation of inflammatory pathways. These include asthma, acne, celiac disease, rheumatoid arthritis, and even atherosclerosis of heart arteries.

In fact, in 1856 Rudolf Virchow proposed that arterial disease was an inflammation of blood vessels and recently the role of inflammation in initiating heart disease events was proved.

You want to do everything you can to avoid increased levels of chronic inflammation, and the ability to measure inflammatory status in blood tests has advanced greatly. Patients in my preventive clinic get half a dozen tests like the high-sensitivity C-reactive protein (hs-CRP) to assess inflammation.

More than half of our immune defenses are located in our gastrointestinal tract to monitor the foods that we eat. Foods can be inflammatory and initiate a chronic response if eaten over and over, and other foods can be anti-inflammatory.

Does Meat Cause Inflammation? 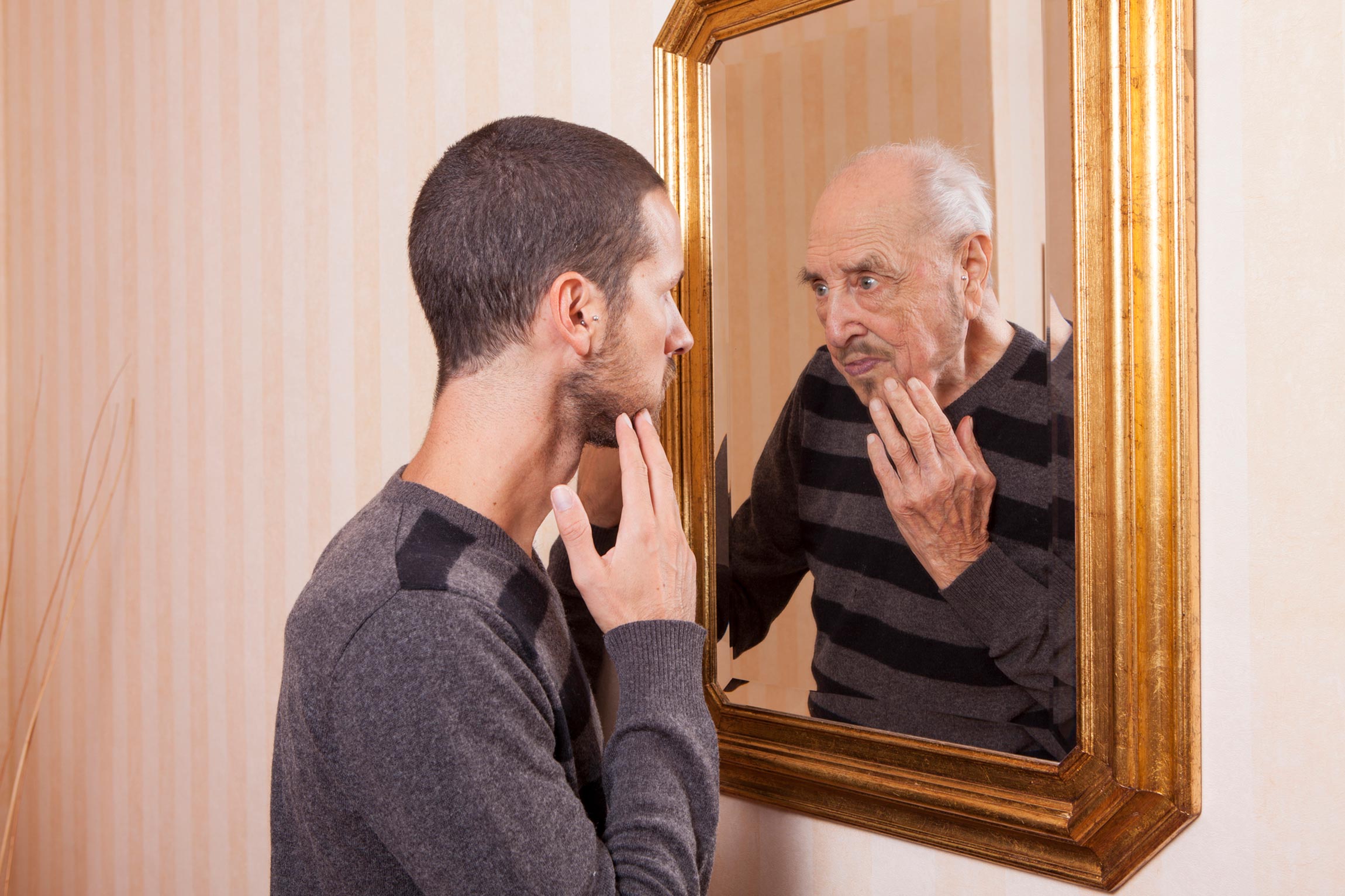 It is important to consider the question of whether meat can sustain inflammation and promote aging.

I’ve found that the data favors that meat is a source of inflammaging you might want to avoid.

Elevations of hs-CRP (high-sensitivity C-reactive protein) predict the development of serious illnesses, including cardiovascular disease. Multiple studies have found that, even after correcting for confounding factors, meat consumption associates with increased hs-CRP.

Editor’s note: C-reactive protein is a protein the liver makes when there is inflammation in the body. Blood measurements of hs-CRP are often performed to assess the risk of future heart disease.

A human study just published related meat intake to higher levels of arachidonic acid, another mediator that promotes inflammation and aging. And a diet low or absent in meat was recommended for optimal health.

Another route by which cellular aging may progress is the development of insulin resistance.

Scientists looked at how eating certain foods affects the release of insulin. Surprisingly, some protein-rich and fat-rich meats induced as much insulin secretion as did some carbohydrate-rich foods (e.g., beef was equal to brown rice).

The researchers found that fish, beef, cheese, and eggs had larger insulin responses per gram than many carbohydrate foods. The scientific fact that meat is insulinogenic is rarely mentioned and may contribute to aging.

Breast and prostate cancers are rare in traditional Asian communities, which have a very low intake of meat products. Okinawans, some of the longest-living people on the planet, eat a diet with less than 10% of their daily calories from meat.

A plant-based fasting-mimicking diet has been shown to reduce levels of IGF-1, which has an anti-aging effect.

In 2011, researchers from the Cleveland Clinic demonstrated that meat eaters produced a metabolite that promotes heart disease, called Trimethylamine-N-Oxide or TMAO.

Of great interest, TMAO was not elevated in vegans who were asked to eat a meat meal for the purposes of the study.

In my clinic, I routinely measure levels of TMAO, and my patients eating meat on a regular basis have elevated measurements. I worry they are aging prematurely and counsel them to substitute beans for beef.

Persistent Organic Pollutants (POPs) are toxic synthetic chemicals that accumulate in fat. Some of the POPs are PCBs, dioxins, DDT, and flame retardants used in clothing and furniture.

They disrupt endocrine pathways and are linked to cancer, heart disease, hypertension, obesity, and diabetes.

POPs enter our body largely from animal products that we eat. For example, levels of PCBs in animal fat found in meat is much higher than the levels found in vegetables, fruits, and cereals.

Advanced Glycation End-Products (AGEs) are naturally occurring compounds in food and can be increased by cooking on dry heat, such as on a grill.

AGEs are associated with a variety of diseases including brain inflammation, diabetes, heart disease, and cancer.

Levels of AGEs found in meat are many multiples higher than in any fruit or vegetable. The irony of the chemical term AGE is not to be missed as increased levels of AGEs lead to premature aging and are best avoided by skipping the meat entirely.

7) Meat Can Cause a Severe Allergic Reaction

Recently, a bizarre addition to the tale of meat and inflammation has been described, and a tick is to blame.

New data exists that the bite of the lone star tick, quite common in certain areas like Virginia, can cause an antibody to form that reacts to a carbohydrate in meat (yes, there are carbohydrates in meat from the blood groups in the flesh) called alpha-gal. These antibodies can cause a severe allergic reaction the next time and every time red meat is eaten after the antibody forms.

A recent scientific review article stated “one of the most consistent epidemiological associations between diet and human disease risk is the impact of red meat consumption (beef, pork and lamb, particularly in processed forms). While the risk estimates vary, associations are reported with all-cause mortality, colorectal and other carcinomas, atherosclerotic cardiovascular disease, type II diabetes, and possibly other inflammatory processes.”

While the quality of meat, such as grain or grass-fed, may have a small impact on inflammation in limited studies, meats of all types will favor inflammation and aging.

Editor’s note: Most of the meat eaten in the industrialized world comes from grain-fed animals that were raised in CAFOs (also known as factory farms). Nearly all the studies linking meat to health hazards have been conducted on people eating this type of meat. Pasture-raised meat has a different nutritional profile, and it’s possible it would lead to different results, but long-term studies on the health impacts of pasture-raised meat have never been conducted.

Of course, no matter what you choose to eat, fill as much of your plate as possible with the most proven inflammation-fighters and anti-agers around: vegetables. 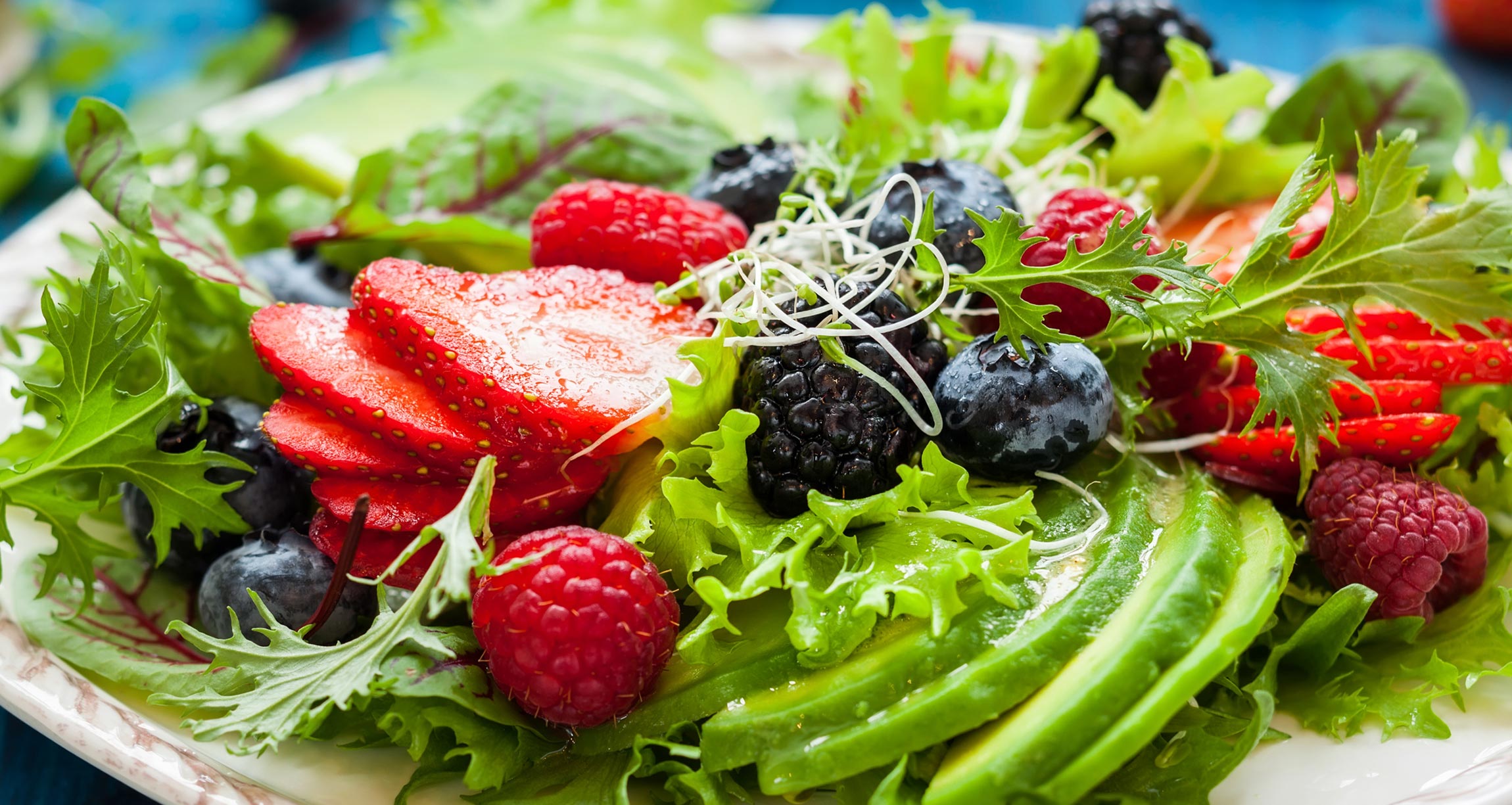 Let us know in the comments: 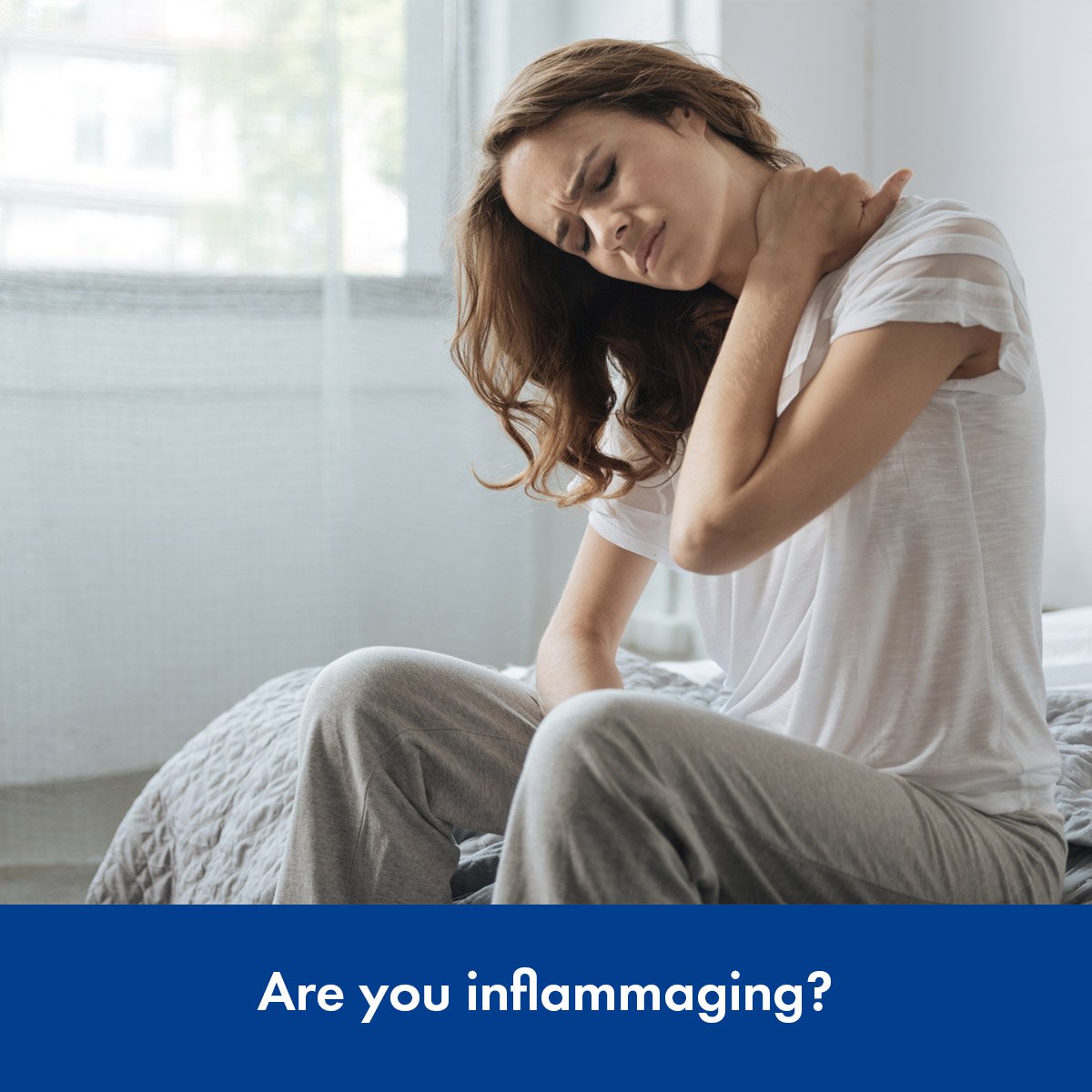