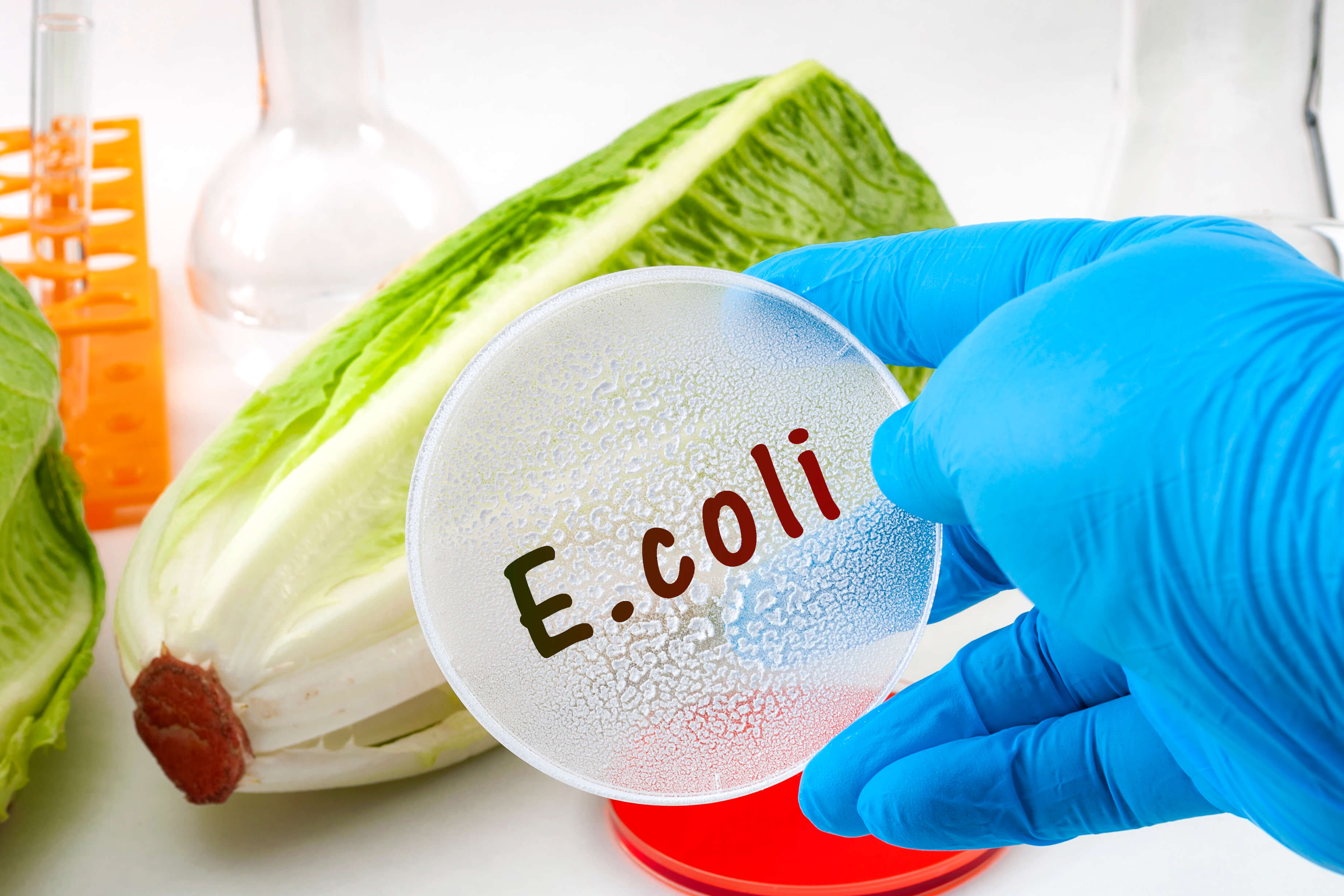 Food recalls are going up, and this isn’t bad luck. It’s predictable — and the safety of our food supply could get worse before it gets better. But there’s a lot you can do to protect yourself and your family — and to contribute to safer food for us all!

When an auto maker recalls a car, it’s hardly surprising. A car is a complex piece of machinery. And it’s easy to understand that a defective part might compromise, say, a vehicle’s transmission system.

Food recalls, on the other hand, can leave you scratching your head. What the heck can go wrong with a tomato?

Food recalls happen globally, and they are responses to urgent threats to public health. But it turns out that there are forces at work that make them predictable. And there are powerful steps you can take to protect yourself and your loved ones.

What should you know about food recalls? What does it mean when a food recall blast goes out? Why does this happen so frequently? And most importantly, what can you do about it?

10 Things to Know About Food Recalls

Food recalls happen when there is a suspicion or a confirmation of an issue with food that could put the health of consumers at risk.

Recalls are typically ordered due to:

#2 — Most Food Recalls Are Voluntary

This means the food companies themselves are the ones reporting them.

Food recalls happen when the product manufacturer or distributor communicates the problem to a federal agency. The company may identify the problem, or the agency may receive information on reported symptoms to health departments.

This includes both animal products and produce contaminated with pathogens, such as Listeria, Salmonella, and E.coli. All of these come from animal intestines.

Last time I checked, romaine lettuce didn’t have intestines. So how do vegetables become contaminated? Usually by animal poop.

This was the case in the romaine recall in the spring of 2018. It affected people in 36 states, resulting in 210 illnesses, 96 hospitalizations, and 5 deaths. All evidence points to an industrial cattle farm near the affected romaine crop.

The irrigation water used had the same DNA fingerprint as the E.coli found in the contaminated lettuce. It’s not uncommon for animal waste to run downhill during a rainstorm or seep into underground aquifers, reaching nearby water systems and spreading pathogens.

#4 — Food Recalls Are More Common Than You Probably Think

They actually happen virtually every day! But only the biggest, most alarming ones make the news.

To fuel rapid weight gain and to keep animals alive under miserable and filthy conditions, the industrialized meat industry routinely mixes antibiotics into the feed of factory-farmed animals.

According to a study in the Proceedings of the National Academy of Sciences in 2015, the world uses 63,000 tons of antibiotics each year to raise cows, chickens, and pigs.

In America today, farmers use roughly four times as many pounds of antibiotics on livestock as doctors prescribe to their human patients.

This practice has led to the rapid development of antibiotic-resistant bacteria. Also known as “superbugs,” these are no longer treatable by any known antibiotic.

In 2011, an Environmental Working Group study found these antibiotic-resistant superbugs in 81% of the ground turkey and 55% of the ground beef in America’s supermarkets.

Consumers are advised to handle raw meat with care — and for good reason. There’s a high probability that there’s contamination from pathogens that are not only dangerous but also resistant to antibiotics.

Between 2012 and 2017, food recalls in the United States increased by almost 93%. And recalled pounds of meat increased by over 83%.

Some say that the spike may be because food companies are working to be more aggressive and transparent for consumers. And because the processes for reporting adverse effects of food and tracing origins of contaminants have also improved.

The FDA implemented the Food Safety Modernization Act in 2011 to transition how the United States handles national food safety issues from responding to foodborne illnesses to preventing them. This, in conjunction with new technologies, has helped companies identify potential problems and remove food items from stores more quickly.

#7 — Prepared Foods and Meals Are the Most Commonly Recalled Foods

Prepared foods are the most common food category recalled, followed by baked goods.

#8 — The Greatest Health Risk Is With Industrial Meat Products

These foods are at the highest risk for being contaminated with some really nasty bugs. Even contaminated produce can usually be traced back to factory farms, feedlots, and other forms of industrialized animal agriculture.

#9 — Food Recalls Can Cause Widespread Illness and Even Death

Food recalls can affect people all over the world, depending on how far a manufacturer distributed its products and where they were used. Contaminated food can end up in grocery stores, restaurant chains, and home food deliveries.

The World Health Organization says one out of 10 people get a foodborne illness every year and 420,000 die as a result. In the United States, around one in six become ill, and 3,000 die every year.

Keep in mind that these numbers are likely underestimated. Many people would tough it out at home before reporting adverse health effects to a public health department. And many actually suffering from a foodborne illness may think they picked up the flu at work or school.

Food recalls are expensive, costing manufacturers an average of $10 million in direct costs.

Manufacturers and retailers are often discarding food simply due to suspicion before confirming a problem. And this can mean wasting millions of pounds of food.

This is disheartening when you remember that over one billion people around the world are hungry or starving and that 40% of the food in the United States goes to waste as it is.

5 Things You Can Do to Protect Yourself from Food Recalls

Everyone is at risk of being affected by a food recall. The good news is there are plenty of things you can do to help protect yourself and your family.

When it comes to staying informed of national recalls, www.recalls.gov is the best place to start. You can sign up to receive e-blasts directly to your inbox when there are food recalls.

If you choose to eat foods on the high-risk list, implement good practices to prevent cross-contamination:

Reduce your risk of getting sick by being especially careful with foods that are recalled often:

Hot dogs are made of meat “trimmings” — a vague term that essentially means leftover meat scraps from countless pigs, cows, and birds.

The co-mingling of animal parts and secretions in industrialized animal operations is one reason that pinpointing the exact origin of a food recall can be extremely difficult. Diseased tissues and secretions spread easily through the animal food supply.

And the same principle applies with large-scale vegetable sellers, too. The products from one contaminated farm could mix with hundreds of others.

If you want to do something to reduce your risk, a good place to start is by supporting local businesses whenever possible.

Check out your farmer’s markets or community supported agriculture programs. I like that these options make the world feel a bit smaller, and you can feel good about knowing exactly where your food came from. While any farm could theoretically have contamination, exposing yourself to one and not hundreds lowers your level of risk dramatically.

The quickest and most effective way that you can protect yourself from the majority of foodborne pathogens is by adopting a plant-based diet.

You significantly reduce your risk by avoiding the top three sources (meat, fish, and dairy products) of exposure to potentially life-threatening foodborne illnesses. Even under the best of circumstances, these foods carry a high level of risk.

A Consumer Reports analysis found that 97% of broiler chickens purchased across the United States had high levels of Campylobacter, salmonella, or other dangerous bacteria that cause food poisoning. If food manufacturers recalled chicken every time they found it contaminated with pathogenic bacteria, the poultry industry as we know it would vanish overnight.

By choosing to avoid animal products, especially those that come from factory farms, you’re removing your support from the industry responsible for spreading the most dangerous foodborne pathogens to humans, both directly and through contamination of plant crops.

Tell Us in the Comments: