How to Prevent Acid Reflux and GERD with Food 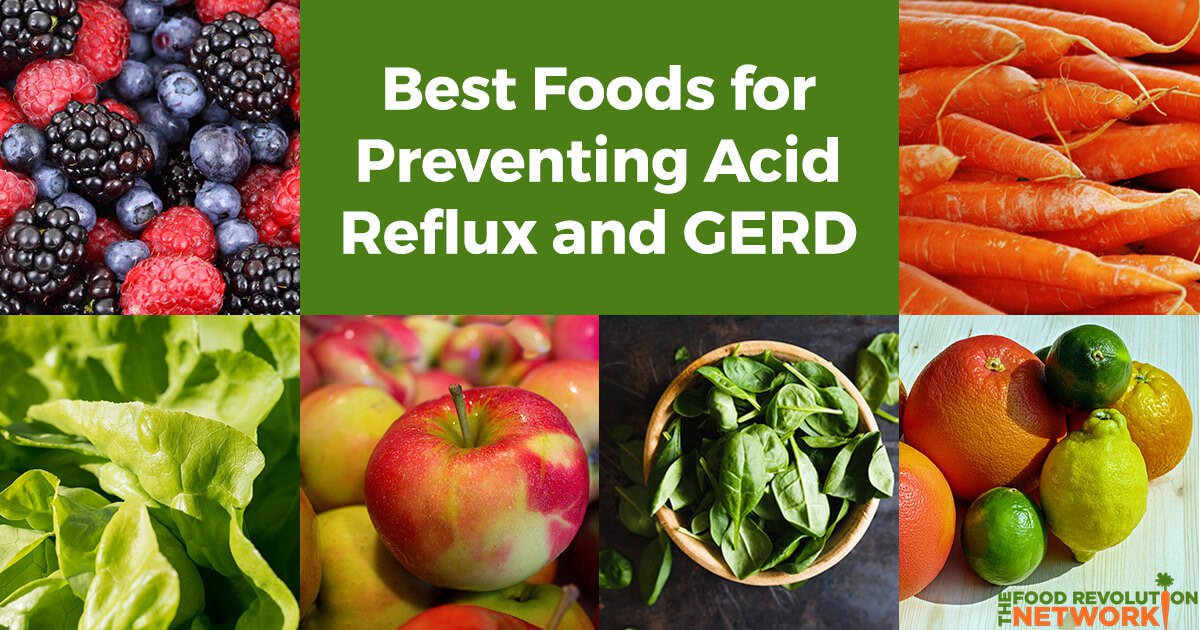 Gastroesophageal reflux disease (GERD) is one of the most common disorders of the digestive tract. The two most typical symptoms are heartburn and regurgitation of stomach contents into the back of the throat, but GERD is not just burning pain and a sour taste in your mouth. It causes millions of doctor visits and hospitalizations every year in the United States. The most feared complication is cancer.

You start out with a normal esophagus. If the acid keeps creeping up, your esophagus can get inflamed and result in esophagitis. Esophagitis can transform into Barrett’s esophagus, a precancerous condition which can then turn into adenocarcinoma (a type of cancer). To prevent all that, we need to prevent the acid reflux in the first place.

In the last three decades, the incidence of this cancer in the US has increased six-fold, an increase greater than that of melanoma, breast, or prostate cancer. This is because acid reflux is on the rise. In the United States, we’re up to about 1 in 4 people suffering at least weekly heartburn and/or acid regurgitation, compared to around 5% in Asia. This suggests that dietary factors may play a role.

In general, high fat intake is associated with increased risk, whereas high fiber foods appear to be protective. The reason fat intake may be associated with GERD symptoms and erosive esophagitis is because when we eat fatty foods, the sphincter at the top of the stomach that’s supposed to keep the food down becomes relaxed; so, more acid can creep up into the esophagus.

In my video Diet & GERD Acid Reflux Heartburn (below), you can see a study in which researchers fed volunteers a high-fat meal—a McDonald’s sausage and egg McMuffin—compared to a low-fat meal (McDonald’s hot cakes). There was significantly more acid squirted up in the esophagus after the high-fat meal.

Those eating the most antioxidant-rich foods have half the odds of esophageal cancer, while there is practically no reduction in risk among those who used antioxidant vitamin supplements, such as vitamin C or E pills. The most protective produce may be red-orange vegetables, dark green leafies, berries, apples, and citrus. The benefit may come from more than just eating plants. Eating healthy foods crowds out less healthy foods; so, it may be a combination of both.

Based on a study of 3,000 people, the consumption of non-vegetarian foods (including eggs) was an independent predictor of GERD. Egg yolks cause an increase in the hormone cholecystokinin, which may overly relax the sphincter that separates the esophagus from the stomach. The same hormone increases from meat, which may help explain why plant-based diets appear to be a protective factor for reflux esophagitis.

Researchers found that those eating meat had twice the odds of reflux-induced esophageal inflammation. Therefore, plant-based diets may offer protection, though it’s uncertain whether it’s attributable to the absence of meat in the diet or the increased consumption of healthy foods. Those eating vegetarian consume greater amounts of fruits and vegetables containing innumerable phytochemicals, dietary fiber, and antioxidants. They also restrict their consumption of animal sources of food, which tend to be fattier and can thus relax that sphincter and aggravate reflux.

GERD is common; its burdens are enormous. It relapses frequently and can cause bleeding, strictures, and a deadly cancer. The mainstay of treatment is proton pump inhibitor drugs, which rake in billions of dollars. We spend four billion dollars on Nexium alone, three billion on Prevacid, two billion on Protonix, one billion on Aciphex. These drugs can cause nutrient deficiencies and increase the risk for pneumonia, food poisoning, and bone fractures.

Editor’s Summary: To prevent acid reflux and GERD — as well as Barrett’s esophagus and esophageal cancer — plant-based diets may be the best choice. Specifically, high-fat foods, including meat, increase risk; while high-fiber foods, or fruits and vegetables, appear to be protective. Antioxidant-rich foods have benefits, while antioxidant vitamin supplements do not. Some great foods to choose are red-orange vegetables, dark green leafy vegetables, berries, apples, and citrus. Foods to limit or avoid are non-vegetarian foods, including eggs.