Artificial Sweetener Side Effects: Why Splenda & Stevia Can Make You Gain Weight 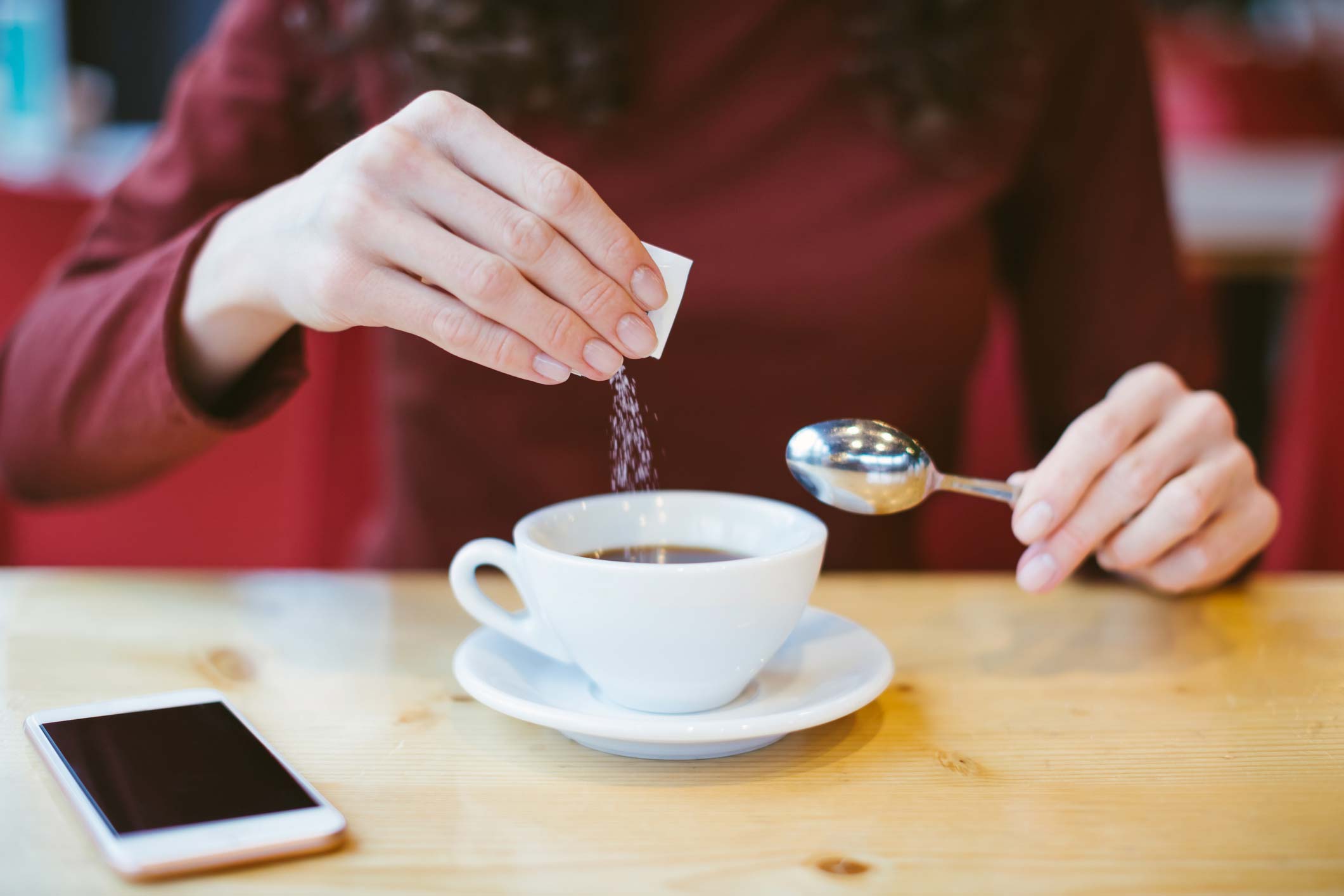 By Michael Greger, MD • Excerpted from How Not to Diet: The Groundbreaking Science of Healthy, Permanent Weight Loss. Copyright © 2019. Reprinted with permission from Flatiron Books. All rights reserved.

On April Fools Day 1998, the FDA announced its approval of the artificial sweetener sucralose,1611 sold as Splenda, aka 1,6-dichloro-1,6-dideoxy-β-D-fructofuranosyl-4-chloro-4-deoxy-α-D-galactopyranoside. Despite its scary-sounding chemical name, the worst thing about it seemed to be that it was a rare migraine trigger in susceptible individuals. And to which the manufacturer of sucralose responded that you have to weigh whatever risk there may be against the “broader benefits,” such as “helping to mitigate the health risks associated with the national epidemic of obesity.”

Large-scale population studies have found that the consumption of artificial sweeteners, particularly in diet sodas, is associated with increased weight gain and abdominal fat over time. Now, the obvious explanation for this finding would be reverse causation. Instead of drinking more diet soda leading to obesity, it would make more sense that obesity leads to drinking more diet soda. But even when researchers controlled for preexisting differences in body fat, they still found evidence of increased obesity risk.

However, not all reviews of the science concluded there was a link between artificial sweeteners and weight gain. Can you guess which ones?

An analysis of industry bias found that reviews funded by the food industry were 17 times less likely to suggest unfavorable effects. And in nearly half of the sponsored reviews, the authors failed to even disclose their conflicts of interest. That’s even worse than the sugar industry, whose studies were “only” five times as likely to question the link between sugar-sweetened beverages and obesity. You don’t really know, though, until you put them to the test.

Ironically, many of the interventional studies on artificial sweetener side effects like weight gain were executed by animal agribusiness, feeding them to farm animals to fatten them faster. (Is there anything they won’t feed to chickens?) Animal agriculture has been feeding artificial sweeteners to farm animals since the 1950s, boasting that their addition “increases… body weight gain and… optimizes return on investment.” But what about in people?

If you give obese individuals the amount of sucralose found in a can of diet soda, for example, they get significantly higher blood sugar and insulin spikes in response to a sugar challenge, suggesting sucralose is not just an inert substance. The Splenda company emphasizes that sucralose is hardly even absorbed into the body and ends up in the colon for elimination. Therein may lie the problem. The adverse metabolic effects of artificial sweeteners correlate with “pronounced” changes in the microbiome that occur within a week of daily consumption.

The good news is that after stopping artificial sweeteners, you can restore your original balance of gut bacteria within a matter of weeks. The problem is exposure may happen without us even knowing it. Nearly half of study participants randomized to avoid sucralose, for example, still turned up positive. This is thought to be due to exposure from non-dietary sources, such as toothpaste and mouthwash.

Another way artificial sweeteners can lead to metabolic disturbance is via the disconnect that develops between the amount of sweetness the brain tastes on the tongue and how much blood sugar actually ends up reaching the brain. Your brain may end up feeling cheated by the artificial sweeteners, figuring you have to consume more and more sweetness in order to get enough calories.

For example, researchers slipped people either Sprite, Sprite Zero (a no-calorie, artificially sweetened Sprite), or unsweetened, carbonated lemon-lime water. And then, later on, they offered them a choice. They could have M&M’s, spring water, or sugar-free gum. Guess who picked the M&M’s? Those who drank the artificially sweetened soda were nearly three times more likely to take the candy than either those who had consumed the sugar-sweetened soda or the unsweetened drink. So it wasn’t a matter of sweet versus non-sweet or even calories versus no calories. There appeared to be something about noncaloric sweeteners that tricks the brain into wanting more junk.

The same researchers performed another study in which every subject was given Oreos and then asked how satisfied the cookies made them feel. Again, those who had drunk the artificially sweetened Sprite Zero reported feeling less satisfied after eating the Oreos than either the subjects who had had normal Sprite or sparkling water. These results are consistent with brain imaging studies demonstrating that regular consumption of artificial sweeteners can alter the reward pathways responsible for the pleasurable response to food.

Are Natural Sweeteners Any Better?

What about the natural, plant-based sweeteners derived from stevia and monk fruit? Researchers randomized people to drink a beverage sweetened with sugar, aspartame, monk fruit, or stevia. Blood sugars were measured over 24 hours. And surprisingly, there was no significant difference found among any of the four groups.

Wait a second. The sugar group received sixteen spoonfuls of sugar, the amount in a 20-ounce bottle of Coke. So the other three groups consumed 16 fewer spoonfuls of sugar — yet all four groups still had the same, average blood sugars? How is that possible?

Table sugar causes a big blood sugar spike. Drink that bottle of sugar water with its 20 sugar cubes worth of sugar, and your blood sugars jump 40 points over the next hour. In contrast, after drinking a beverage sweetened with aspartame, monk fruit, or stevia, nothing immediately happens to blood sugars, which is what we would expect. These are noncaloric sweeteners. Since they have no calories, isn’t it just like drinking water? How could our daily blood sugar values average out the same? The only way that could happen is if the noncaloric sweeteners somehow made our blood sugar spikes worse later in the day. And that’s exactly what happened.

In the group who drank the aspartame-sweetened beverage, even though their blood sugars didn’t rise at the time, they shot up higher an hour later in response to lunch, as if they had just consumed a bottle of soda.

That was for an artificial sweetener, though. What about the natural sweeteners, stevia and monk fruit? The same thing happened. The same exaggerated blood sugar spike to a regular meal occurred an hour later. So that’s how it all equals out in terms of average blood sugars, even though, in these three noncaloric sweetener groups, the subjects took in 16 fewer spoonfuls of sugar. This is at least partly because they ate more.

After drinking a Diet Coke, you’re more likely to eat more at your next meal than you would if you had drunk a regular Coke. In fact, you’d eat so much more that the energy “saved” from replacing sugar with noncaloric sweeteners would be fully compensated at subsequent meals, resulting in no difference in total, daily caloric intake. It’s like the zero-calorie sweetener groups — whether artificial or natural — had chugged a bottle of soda. So, when it comes to caloric intake, blood sugars, or insulin spikes, all the other sweeteners appeared just as bad as straight sugar.

The Truth on Artificial Sweetener Side Effects

Do we have direct evidence that diet beverages can adversely impact body weight? Yes. If you swap out diet beverages for water, theoretically, there should be no difference in weight control since they both provide zero calories, right? Well, when researchers put it to the test, overweight and obese individuals on a diet randomized to replace diet beverages with water lost significantly more weight, about 15% more over six months.

The researchers who demonstrated artificial sweetener side effects, like the disruption of our microbiomes and metabolisms, recognized the irony of their findings. Though these food additives were introduced to reduce caloric intake and counter the obesity epidemic, their findings suggest artificial sweeteners may have instead “directly contributed to enhancing the exact epidemic that they themselves were intended to fight.”

Tell us in the comments