‘Erin Brockovich’ Carcinogen Found in the Drinking Water of More than 75% of Americans — Is Your Water Toxic? 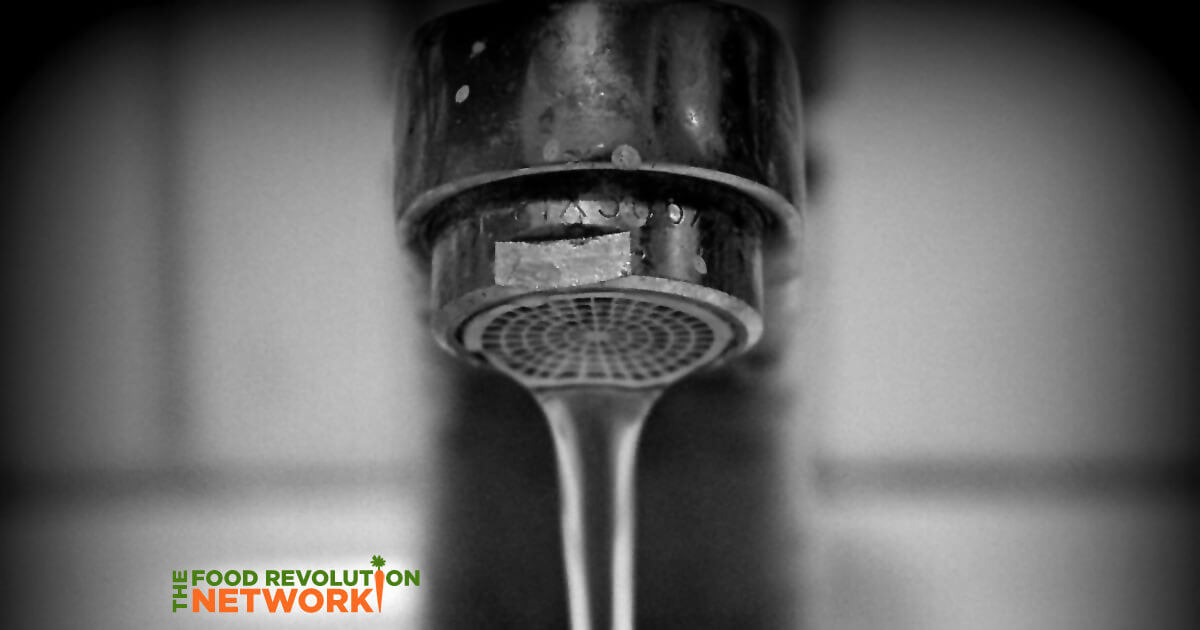 Unsafe levels of a cancer-causing chemical called chromium-6 are contaminating the tap water of more than 200 million Americans in all 50 states. This finding comes from an analysis of federal data released this week by the Environmental Working Group.

You might know chromium-6 from the popular 2000 movie, “Erin Brockovich,” starring Julia Roberts. The film depicted real live events about a lawsuit filed by residents of Hinkley, California, against an energy corporation in the area after dangerous levels of the chemical were found in the drinking water.

But even though it’s been almost 25 years since the real environmental activist Erin Brockovich fought against the carcinogen, the conflict with chromium-6 is not over.

In fact, you might be surprised to learn that the U.S. Environmental Protection Agency has never set a specific limit for chromium-6 in drinking water — even though the odorless and tasteless chemical, which is largely produced by industrial processes, has been found to cause cancer.

A 2-year study released in 2008 by the National Toxicology Program found that drinking water with chromium-6 causes cancer in laboratory rats and mice. Another scientific study found a higher incidence of stomach cancers in workers routinely exposed to chromium-6.

The U.S. Occupational Safety and Health Administration sets strict limits for airborne levels of this chemical in the workplace because breathing airborne chromium-6 particles can cause lung cancer, according to studies by government and independent scientists worldwide.

But the harm doesn’t end there. The toxic chemical is also connected to liver damage, reproductive problems, and developmental issues.

Why don’t we have national regulation of chromium-6 in our water supply?

California is the only state to enforce a maximum contaminant level of chromium-6, but even this legal limit is 500 times more than what scientists at the California Office of Environmental Health Hazard Assessment recommend. 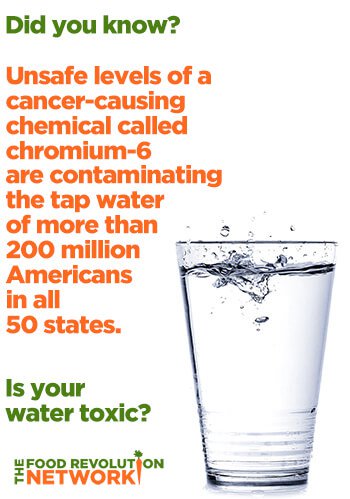 The California scientists concluded that even ingesting the chemical in tiny amounts can cause cancer in humans. Scientists in New Jersey and North Carolina agreed.

Even the EPA deemed chromium-6 to be “likely carcinogenic to humans” five years ago, but it hasn’t set any regulations for the chemical.

They’ve only set a drinking water limit for total chromium, and that regulation is outdated and essentially meaningless.

So what’s going on? In 2010, the chemical industry stalled the EPA’s release of the draft report on chromium-6 for public comment until studies funded by the chemical lobby were complete — but the studies still aren’t done.

Signs are showing that the chemical industry may win, and the EPA may choose to continue to do nothing and leave chromium-6 unregulated in our drinking water.

This would extend the EPA’s record of failing to use its authority to set a national water safety standard for any previously unregulated chemical since the 1996 landmark amendments to the Safe Drinking Water Act, which required the EPA to consider a detailed risk and cost assessment, as well as the best available peer-reviewed science, when developing their standards.

In a statement to the EWG, Erin Brockovich said:

“This is an abject failure by the EPA, including members of Congress charged with overseeing the agency, and every American should be outraged by this inaction.”

Is chromium-6 in your tap water?

The Environmental Working Group tested more than 600,000 water samples between 2013 and 2015. They estimate that the water supplies serving 218 million Americans contain unsafe levels of this chemical.

You can see the levels of chromium-6 in your county with this interactive map from EWG.

The US is facing a serious water crisis that has been building for decades. Americans are exposed to hundreds, if not thousands, of cancer-causing chemicals every day in their drinking water, but the EPA is failing to protect people.

Brockovich blames the failure on “corruption, complacency and utter incompetence.”

Since 1996, the agency has tested 81 unregulated chemicals in water supplies. But they’ve only begun the regulation process on one chemical, and they haven’t actually implemented regulation on a single one.

What can you do to protect yourself?

It’s not just chromium-6. Studies have found a host of other dangerous pathogens that consistently appear in American tap water, too.

Water is essential to health — and it may be the most important “nutrient” for cancer prevention — so you almost certainly don’t want to stop drinking this life-giving liquid. But what should you do?

The EWG recommends filtering your water to protect yourself and your family, stating:

“If your tap water contains high levels (of chromium-6), your best bet is to install a reverse osmosis water filter certified to remove this contaminant. Reverse osmosis filters, especially when combined with superior carbon filter technology, are best for ridding tap water of the largest number of contaminants possible.”

The manufacturer is AquaTru, and they state that their water filtration system removes chromium-6 (and a great many other contaminants) from your tap water. If you’re interested, check out the water filter and purifier here now to get it for a $100 discount.

Click here to sign the EWG petition calling on the EPA to set a national safety limit for chromium-6 in drinking water.