Surprising Reasons Why Coffee May Be A Health Food 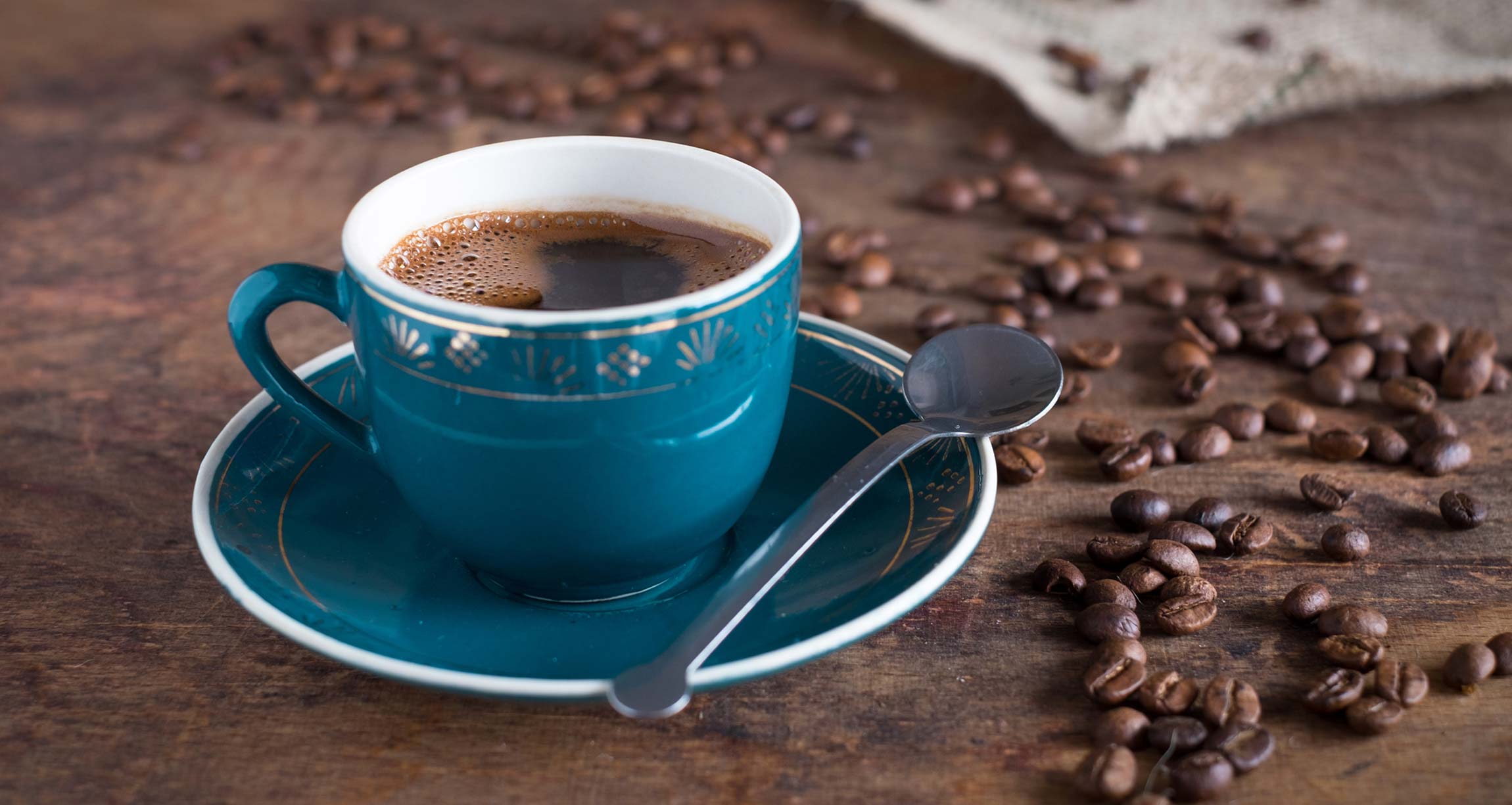 Is coffee really a healthy choice? See surprising coffee health benefits and learn why coffee may actually be a health food.

Until recently, you wouldn’t have expected to see coffee listed as a health food. For decades, we’ve been advised to drink less of it.

But now, it turns out, that advice may have been wrong.

To be clear, there’s no question that coffee isn’t for everyone. Personally, I only drink it rarely, because while I enjoy the taste as well as the “buzz” it brings, I find that a few hours later, I feel jittery, anxious, and even a bit cranky.

But I’ve been enormously impressed with the research, which tells us that for many people, coffee can bring significant benefits.

Health Benefits of Coffee — For Brain Health, Preventing Cancer, and Much More!

Coffee is a vasodilator. This means that it causes blood vessels to expand, which is good for your circulation.

And it seems to have a particular effect on the blood vessels that feed your brain — making it an ally in the fight against all forms of dementia.

The Cardiovascular Risk Factors, Aging and Dementia (CAIDE) study tracked more than 1,400 individuals over the course of 21 years to look at a broad range of diet and lifestyle choices and health outcomes. In the study, people who drank 3-5 cups of coffee per day at midlife were found to have a 65% decreased risk of dementia in later life.

And in another study, 34,670 women in Sweden were tracked for more than 10 years. Those who drank no coffee were at elevated risk of stroke, while the women who drank at least a cup per day reduced their risk of stroke by 22 to 25%.

Based on these and dozens of other studies, it seems clear that coffee can protect against dementia and stroke.

Both of those relate to the brain, and we know that coffee stimulates brain activity. But what about cancer? Does coffee fight cancer? Or does it, as some media reports have implied, actually cause it?

In March of 2018, a judge in the state of California ruled that Starbuck’s and other coffee chains needed to post warnings because their brews may contain a chemical that’s been linked to cancer.

The target of the ruling was acrylamide, a potential carcinogen that’s formed when foods containing both starches and the amino acid asparagine are cooked at high temperatures.

Acrylamide is a byproduct of the coffee roasting process. It’s also found in breads and crackers, French fries and potato chips, canned black olives, prune juice, and even breakfast cereals.

So is the acrylamide in coffee a serious concern? Unlikely. If we look at the real world, outside of courtrooms and lab theories, I’ve never heard of a single study which found an elevated risk of cancer in people who drank more coffee.

To the contrary, according to one study, consumption of coffee could cut mouth and throat cancer risk by 50%.

Other studies have found that coffee reduces the risk of many types of cancer — including uterine, prostate, brain, colon, breast, liver, lung, and skin cancers.

We don’t know for certain if the acrylamide in coffee poses health risks. But we do know that coffee is associated with broad health benefits in large numbers of people.

Avoiding coffee altogether on account of acrylamide strikes me as a bit like avoiding the outdoors because sunshine can cause cancer. It’s true that some danger exists. But your health would likely suffer if you spent your whole life indoors as a result.

The documented health benefits of coffee consumption are considerable and widespread. This bean has even been linked with decreased risk of type 2 diabetes.

And for those who already have type 2 diabetes, coffee can prolong life expectancy. One study of nearly 4,000 type 2 diabetics found that those who drank coffee were 30% more likely to still be alive after being tracked for 20 years.

In addition, coffee turns out to be loaded with antioxidants (which help to prevent the damaging effects of oxidation on cells throughout your body). In fact, coffee is the #1 source of antioxidants in the American diet — by a wide margin.

We know that the average American’s diet is woefully deficient in antioxidants. But one thing we don’t know is how beneficial coffee might be for people who are already eating an abundant amount of antioxidant-rich fruits and vegetables. If your body isn’t antioxidant-starved, it’s possible that the net benefits of coffee will be less dramatic because your diet’s already healthier than the norm.

Since the studies on the health effects of coffee have been done on people eating, for the most part, the modern industrialized diet, we don’t really know whether or not it confers a similar level of benefit for a population of already healthy-eaters. Maybe it does. Maybe it doesn’t.

Reasons To Be Concerned About Coffee Consumption 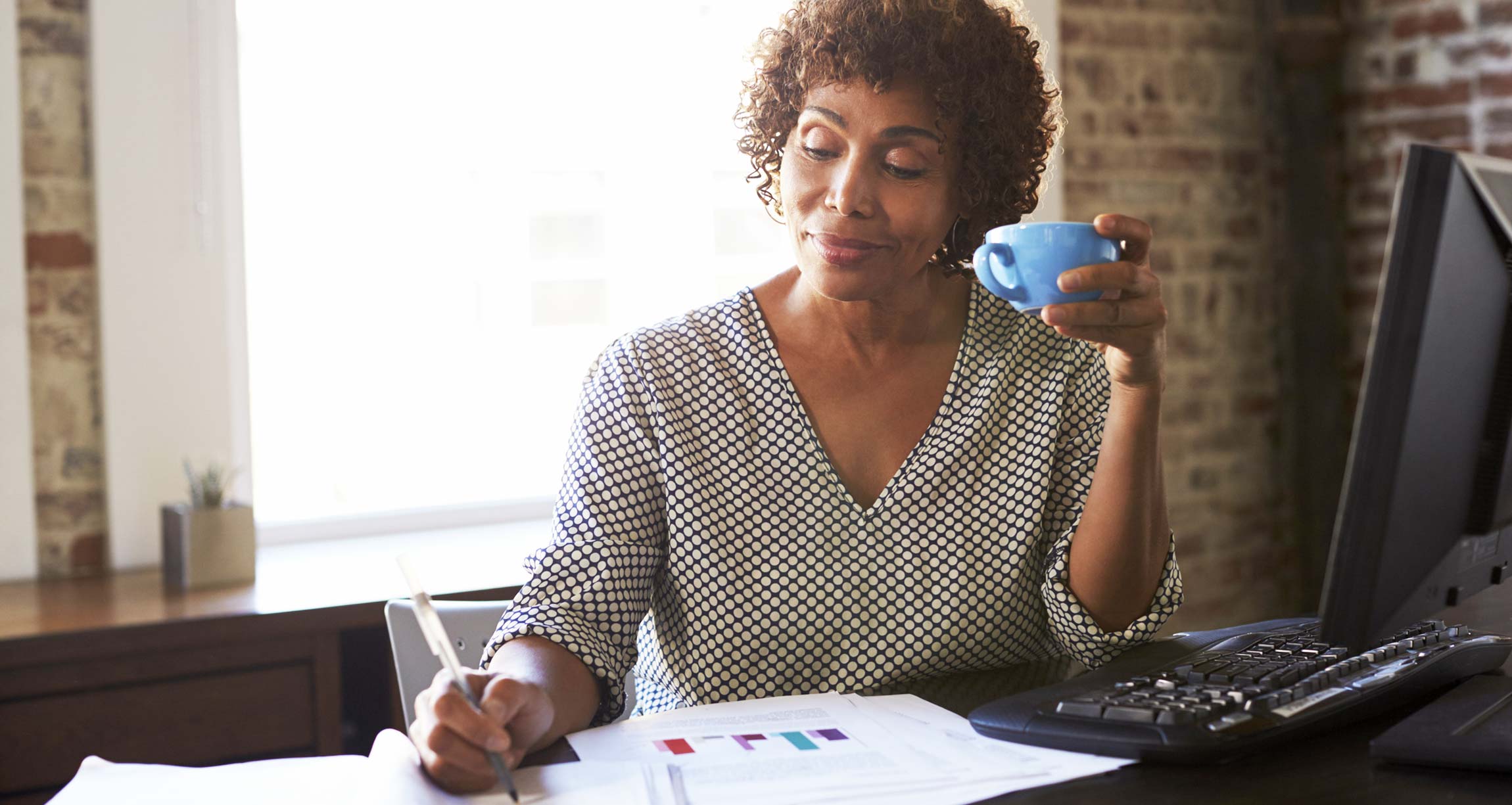 Of course, there’s more to the story. The caffeine in coffee makes some people feel stressed out.

And for many people, it can become addictive — leading to headaches and withdrawal symptoms when they miss a day.

Also, pregnant women are advised to drink less coffee because fetuses are highly sensitive to it.

And coffee that comes packed with sugar, artificial flavorings, factory farmed milk, and high fructose corn syrup may not be a net benefit to anyone’s health.

So, just because coffee is linked to a broad range of health benefits, doesn’t mean that everyone should drink it by the gallon, or guzzle the Salted Caramel Mocha at Starbucks.

But the data is pretty clear that a freshly brewed cup of unadulterated coffee offers a great many health benefits.

What About Decaffeinated Coffee?

But we do have studies telling us that decaffeinated coffee has only about 75% of the antioxidants of the caffeinated version.

And while many decaffeination methods involve the use of solvents like methylene chloride or ethyl acetate, the Swiss Water Process is a more environmentally friendly and chemical-free method.

Because coffee accounts for almost half of the total exports from tropical countries, coffee production has a massive impact on the lives and livelihoods of hundreds of millions of families and farmers. Regrettably, many of them are living in poverty.

Therefore, the kinds of coffee we choose have a profound impact on the kind of world we shape for future generations. Fairtrade, shade grown, and organic coffee are the types to reach for to help to shape a fairer and healthier world.

How To Enjoy Coffee

You might enjoy your coffee black, or you can add coconut and/or organic soy or other milk. If you want to add some bonus flavor, try mixing in cocoa, cinnamon, or vanilla. To add some sweetness, try a pinch of stevia or a dash of maple syrup.

If you’re concerned about the acidity in coffee, try cold-brewing it.

This process drops the acidity level by approximately two-thirds. Many people just like the cold-brewing flavor and experience.

You can make it yourself by putting 2/3 cup of ground coffee in a mason jar with 3 cups of filtered water and letting it sit in the fridge at least 12 hours. Filter it as you would any coffee, and voilà — you have cold-brewed coffee. It stores well in the fridge, and if you like, you can also heat it up.

What do you think? Do you drink coffee? Why or why not?

And if you enjoy drinking caffeinated coffee or tea, here’s a new reason why this could be a healthy, anti-aging habit for you.

Editor’s Note: This article was originally published in August 2016. It was updated in April 2018 with information about acrylamide in coffee and cold-brewing coffee.

Healthy Salad Recipes to Enjoy Any Time of Day

Healthy Starters and Appetizers for All Occasions