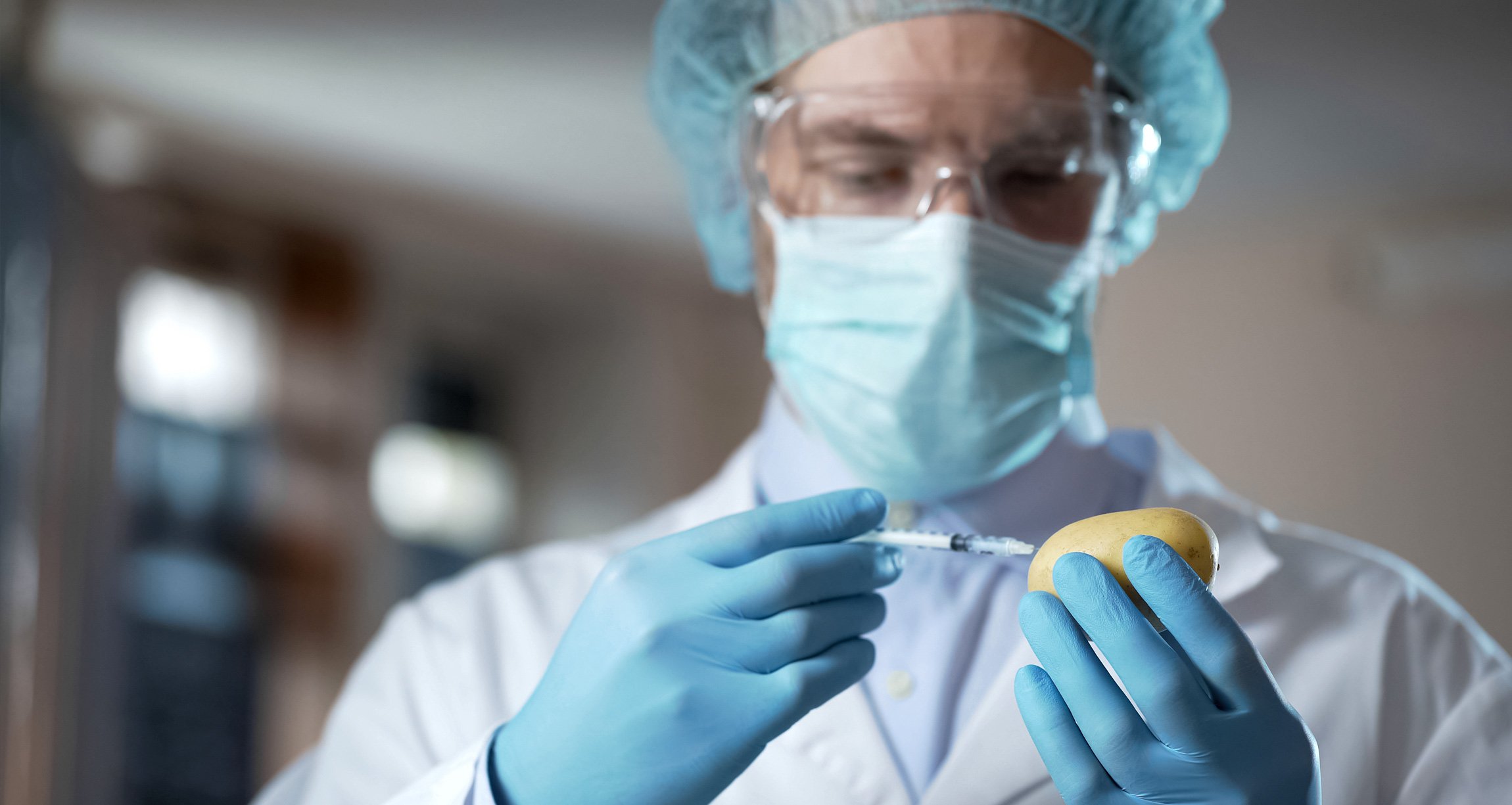 A genetic engineer who helped create GMO potatoes, including ones that are currently being sold to consumers, speaks out and explains why he renounces his work and why he believes his genetically engineered crops should be pulled from the market.

By Caius Rommens, PhD • A version of this article was originally published on IndependentScienceNews.org

Genetic engineering isn’t everyone’s childhood dream. Even I didn’t care for it when I started studying biology at the University of Amsterdam, but my professor explained it was an acquired taste and the best option for a good job. So, I suppressed my doubts and learned to extract DNA from plants, recombine the DNA in test tubes, reinsert the fusions into plant cells, and use hormones to regenerate new plants.

People say that love is blind, but I started loving what I did blindly. Or, perhaps, what started as an acquired taste soon became a dangerous addiction. Genetic engineering became part of me.

After I received my PhD, I went to the University of California in Berkeley to help develop a new branch of genetic engineering. I isolated several disease resistance genes from wild plants, and demonstrated, for the first time, that these genes could confer resistance to domesticated plants. Monsanto liked my work and invited me to lead its new disease control program in St. Louis in 1995.

I should not have accepted the invitation. I knew, even then, that pathogens cannot be controlled by single genes. They evolve too quickly around any barrier to infection. It takes about two to three decades for insects and plants to overcome a resistance gene, but it takes only a few years, at most, for pathogens to do the same.

I did accept the invitation, though, and the next six years became a true boot camp in genetic engineering. I learned to apply many tricks about how to change the character of plants, and I learned to stop worrying about the consequences of such changes.

A New Chapter at J.R. Simplot, A Top Agribusiness Company 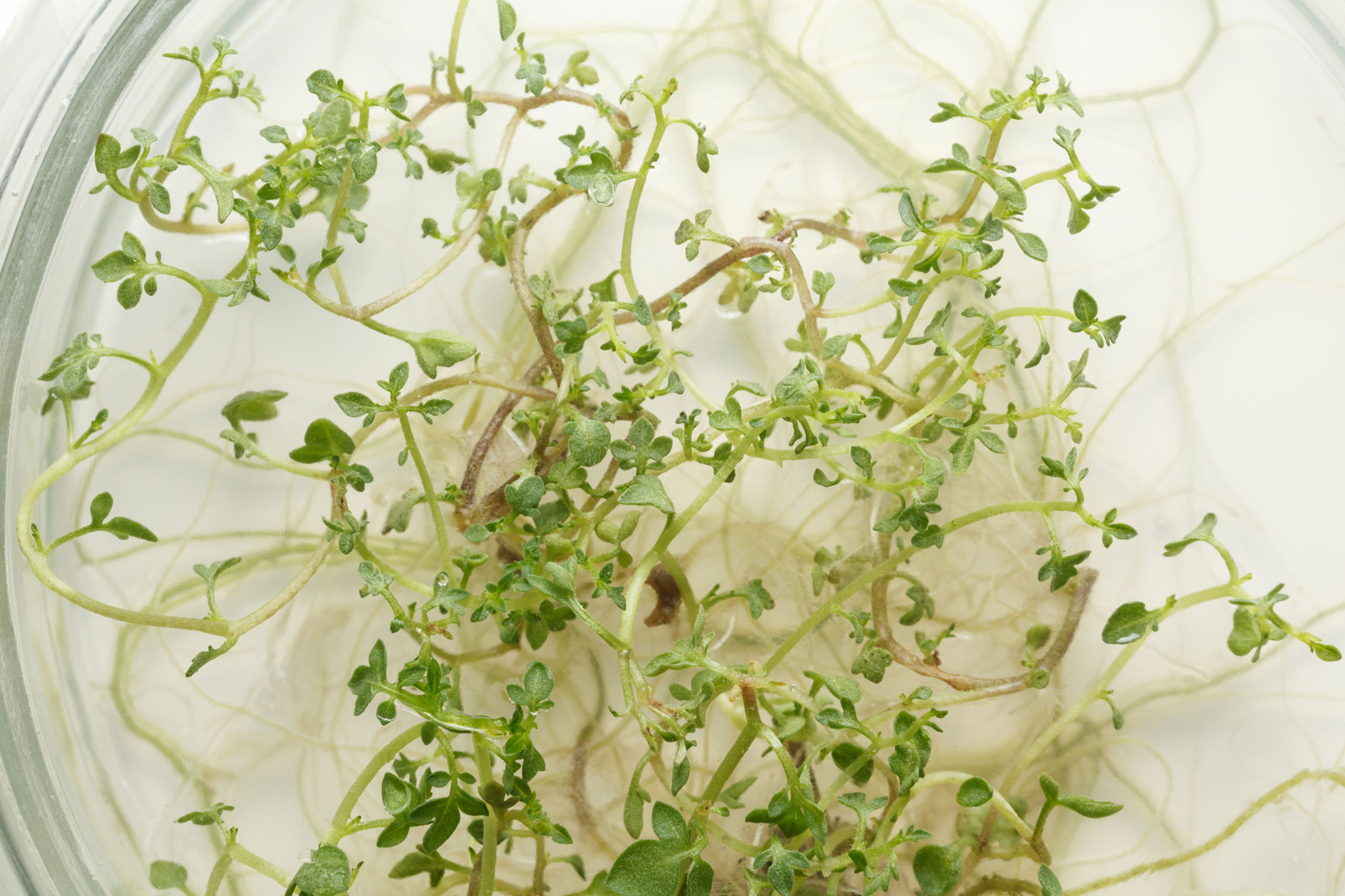 In 2000, I left Monsanto and started an independent biotech program at J.R. Simplot Company in Boise, Idaho. Simplot is one of the largest potato processors in the world. It was my goal to develop GMO potatoes that would be admired by farmers, processors, and consumers.

Genetic engineering had become an obsession by then, and I created at least 5,000 different GMO versions each year — more than any other genetic engineer. All these potential varieties were propagated, grown in greenhouses or the field, and evaluated for agronomic, biochemical, and molecular characteristics.

The almost daily experience I suppressed was that none of my modifications improved potato’s vigor or yield potential. In contrast, most GMO varieties were stunted, chlorotic, mutated, or sterile, and many of them died quickly, like prematurely-born babies.

Despite all my quiet disappointments, I eventually combined three new traits into potatoes: disease resistance (for farmers), no tuber discoloration (for processors), and reduced food-carcinogenicity (for consumers).

Doubts Begin to Creep in About GMO Potatoes

It was as hard for me to consider that my GMO varieties might be corrupted as it is for parents to doubt the perfection of their children. Our assumption was that GMOs are safe. But my pro-biotech filter eventually wore thin and finally shattered entirely.

I identified some minor mistakes and had my first doubts about the products of my work. I wanted to re-evaluate our program and slow it down, but it was too little too late. Business leaders were involved now. They saw dollar signs. They wanted to expand and speed up the program, not slow it down.

I decided to quit in 2013. It was painful to leave behind the major part of my adult life.

The true scope of my errors became obvious to me only after I had relocated to a small farm in the mountains of the Pacific Northwest.

By this time, Simplot had announced the regulatory approval of my GMO varieties. As the company began to plan for quiet introductions in American and Asian markets, I was breeding plants and animals independently, using conventional methods. And since I still felt uncomfortable about my corporate past, I also re-evaluated the about-two-hundred patents and articles that I had published in the past, as well as the various petitions for deregulation.

Not so much biased anymore, I easily identified major mistakes.

With the mistake your life goes in reverse.
Now you can see exactly what you did
Wrong yesterday and wrong the day before
And each mistake leads back to something worse.

For instance, we had silenced three of potato’s most conserved genes, assuming that the three genetic changes would each have one effect only. It was a ludicrous assumption because all gene functions are interconnected.

Each change had indeed caused a ripple effect. It should have been clear to me that silencing the ‘melanin gene’ PPO would have numerous effects, including an impairment of potatoes’ natural stress-tolerance response. Similarly, asparagine and glucose are among the most basic compounds of a plant, so why did I believe I could silence the ASN and INV genes involved in the formation of these compounds? And why did nobody question me?

Another strange assumption was that I had felt able to predict the absence of unintentional long-term effects on the basis of short-term experiments. It was the same assumption that chemists had used when they commercialized DDT, Agent Orange, PCBs, rGBH, and so on.

The Real Problems with GMO Potatoes 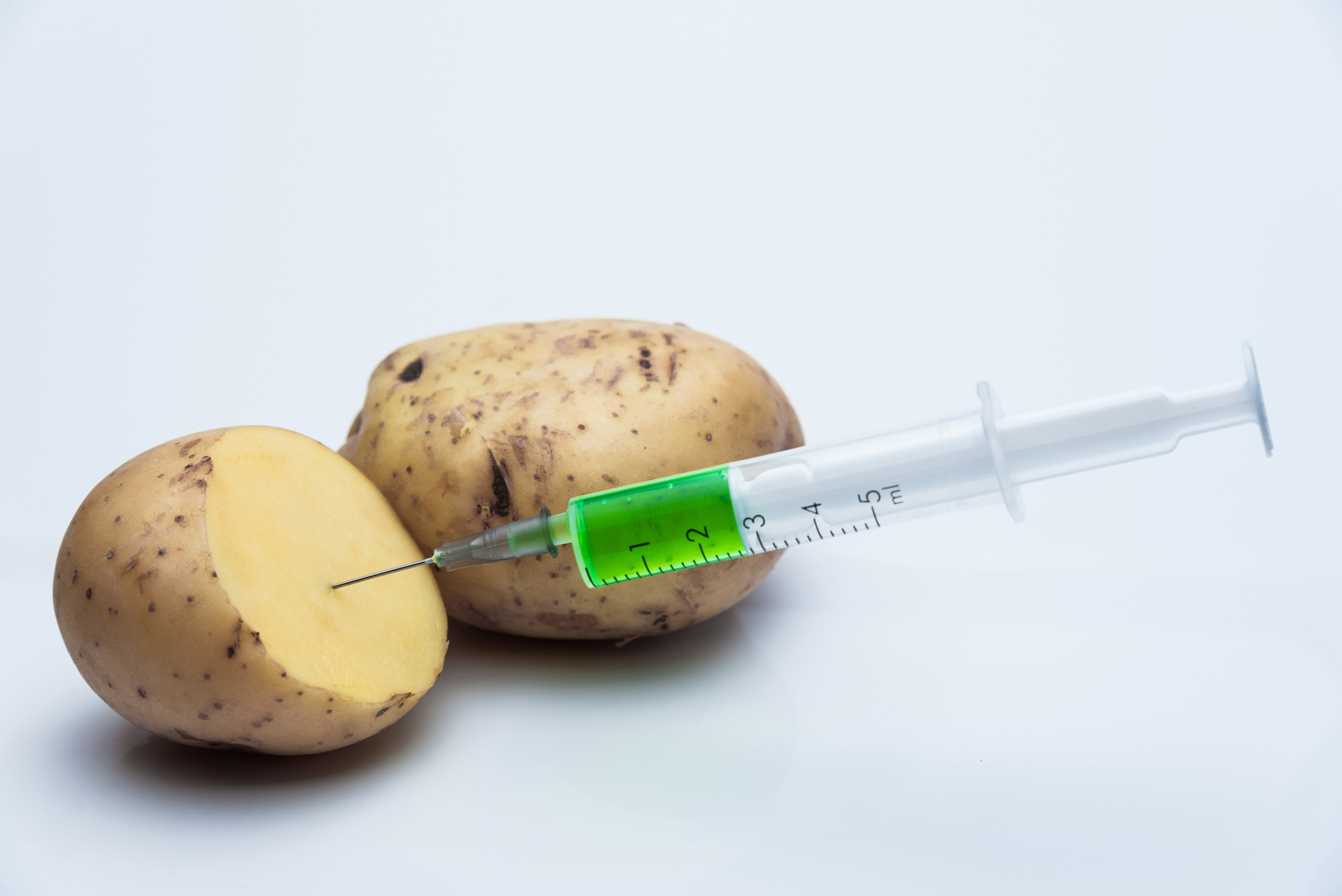 The GMO varieties I created are currently released under innocuous names, such as Innate, Hibernate, and White Russet. They are described as better and easier-to-use than normal potatoes and to contain fewer bruises, but the reality is different.

The GMO potatoes are likely to accumulate at least two toxins that are absent in normal potatoes, and newer versions (Innate 2.0) additionally lost their sensory qualities when fried.

Furthermore, the GMO potatoes contain at least as many bruises as normal potatoes, but these undesirable bruises are now concealed.

GMO potatoes are likely to accumulate at least two toxins that are absent in normal potatoes.

There are many more issues, and some of them could have been identified earlier if they had not been covered-up by misleading statistics in the petitions for deregulation.

Why Consumers Need to Be Concerned

Unfortunately, most GMO potatoes end-up as unlabeled foods that are indistinguishable from normal foods. Consumer groups would have to carry out PCR tests to determine if certain products, including fries and chips, contain or lack the GMO material.

Given the nature of the potato industry, the most common potato varieties, such as Russet Burbank and Ranger Russet, will soon be contaminated with GMO stock.

Other GMO Foods Have Hidden Concerns, Too 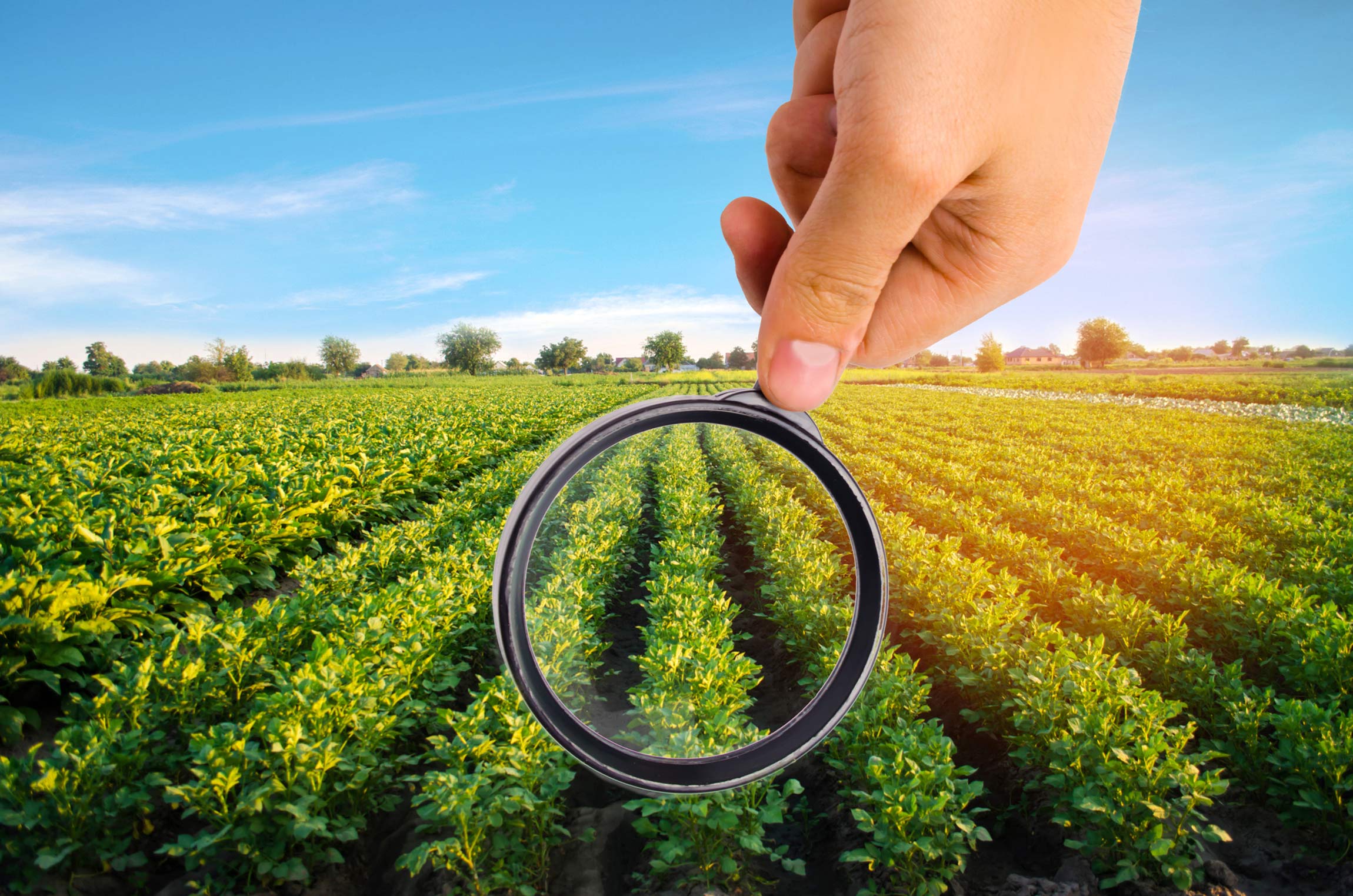 My book describes the many hidden issues of GMO potatoes, but GMO potatoes are not the exception. They are the rule.

I could just as well have written (and may write) about the experimental GMO varieties we developed at Monsanto, which contains an antifungal protein that I now recognize as allergenic, about the disease resistance that caused insect sensitivity, or about anything else in genetic engineering.

On May 3rd, 2018, the columnist Michael Gerson wrote in the Washington Post:

“Anti-GMO is anti-science.” His statement was echoed by Mitch Daniels, his colleague, who added, “[It] isn’t just anti-science. It’s immoral.”

But these two columnists are not scientists. They don’t understand the level of bias and self-deception that exists among genetic engineers. Indeed, anyone who is pro-science should understand that science is meant to study nature, not to modify it — and certainly not to predict, in the face of strong evidence, the absence of unintended effects.

The real anti-science movement is not on the streets. It is, as I discovered, in the laboratories of corporate America.

Editor’s Note: How Can You Take Action?

An October 2018 survey found that less than a third of Americans are comfortable with the idea of having GMOs in their food. Most don’t even realize that, right now, at this very moment, unlabeled GMOs are in most foods on North America’s supermarket shelves and restaurant menus.

Despite the claims of the biotech and junk food industries, there are substantial concerns about the safety of GMO crops and the herbicides they enable.

Scientific studies have linked GMO crops to toxic and allergic reactions in people; to sickness, sterility, and fatalities in livestock; and to damage to virtually every organ studied in lab animals. And Roundup, the most widely used GMO-linked herbicide, is a probable carcinogen, a microbiome disturber, and a toxic endocrine disruptor.

If you’re concerned, here’s what you can do: To avoid GMO potatoes and other crops, the best thing to do is to buy organically grown. That way, you’ll be steering clear of neurotoxic pesticides and artificial fertilizers, along with GMOs. You can also look for non-GMO certified foods and products. (Discover the difference between non-GMO and organic here.)

And it’s always good to get informed and to share what you learn with others. How your food is grown has an enormous impact on your health and on the health of your planet. And you deserve the truth. 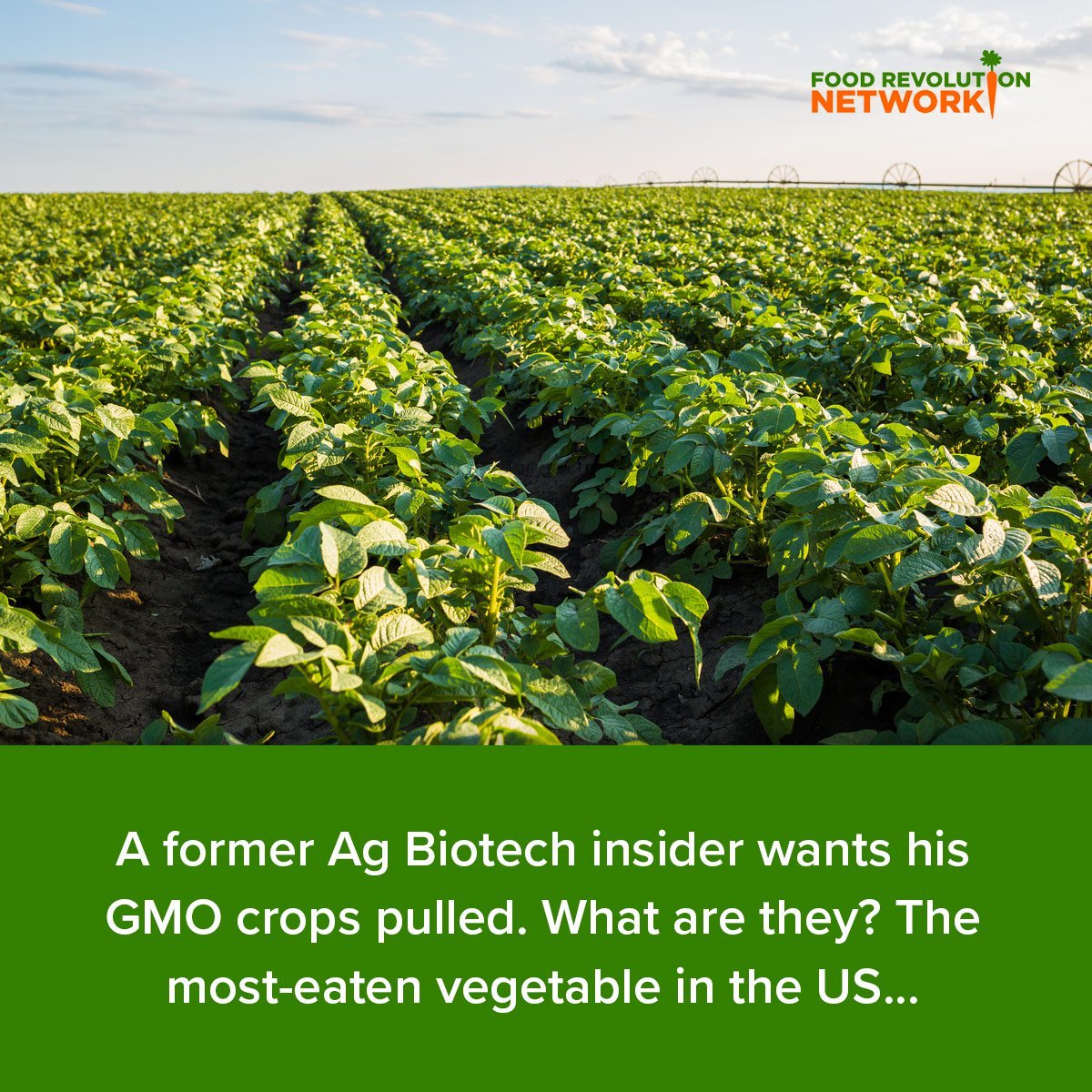