How to Stay Healthy and Fight Cancer with Parsley 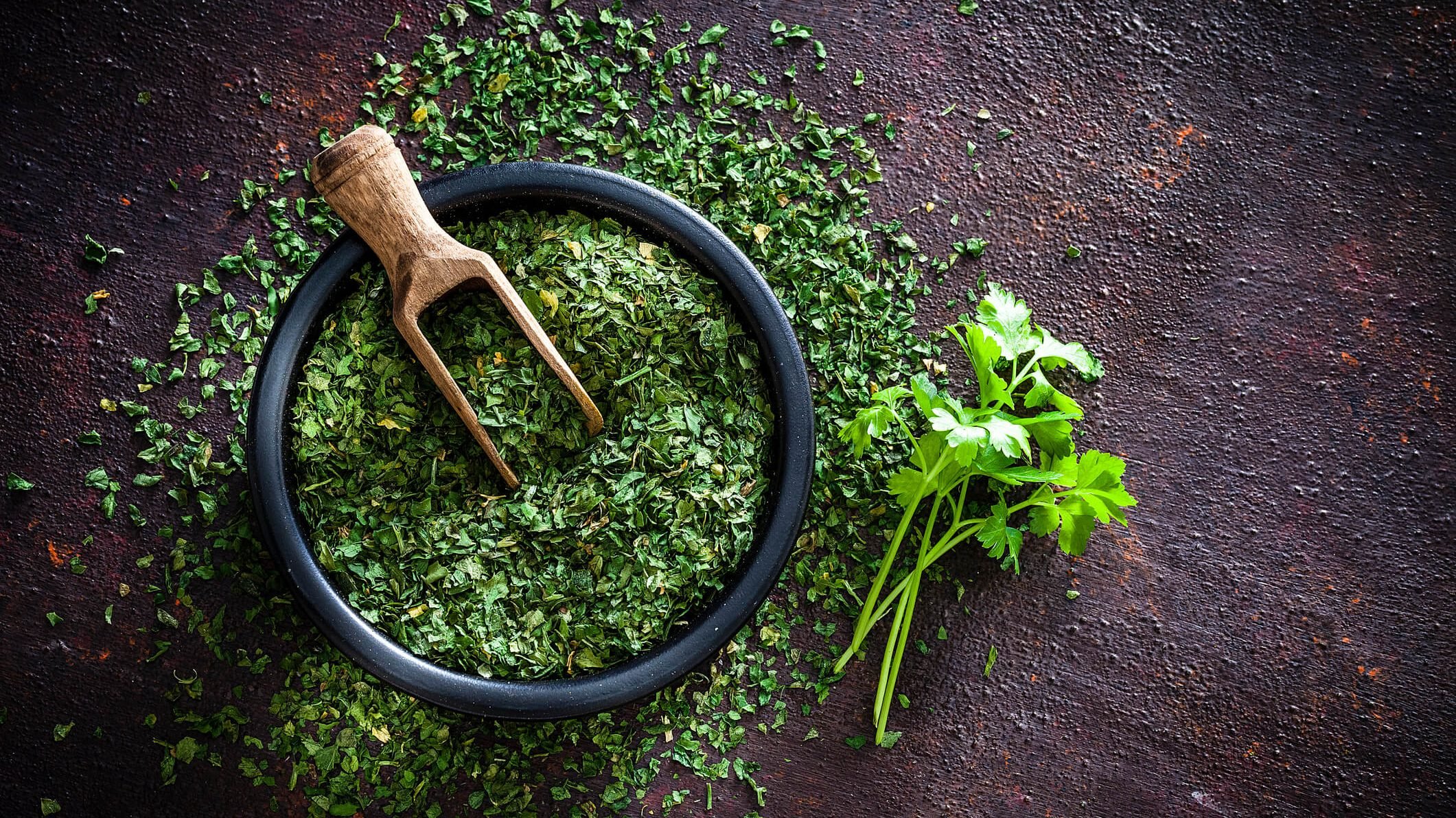 Parsley is often used as a decorative garnish, but it may be the world’s most underappreciated herb. When you understand the amazing health and healing potential of this vibrant, curly green, you’ll realize it’s a lot more than a decoration.

Parsley is a great source of antioxidant nutrients. It boosts your liver health, and it’s good for your eyes. Perhaps most impressive of all, components of parsley have been found to help prevent — and even fight — cancer.

Apigenin, a compound found in parsley, has repeatedly been found to have strong anti-cancer properties.

In fact, more than 600 PubMed-indexed journal articles relate to the compound’s role in cancer. In research published September 2015 in Oncotarget, scientists for the first time were able to identify how apigenin is able to effectively slow down or stop an undesirable enzyme called IKKA, which plays a role in cancer progression. Their conclusion? Apigenin has the potential to significantly reduce cancer progression.

The researchers also showed how, in mice, apigenin stops tumor growth and lowers the growth rate of dangerous cancer cells.

But this research is not alone in identifying apigenin’s anticancer abilities. Some other examples:

Also, the volatile oils in parsley neutralize certain types of carcinogens, and make this herb a “chemoprotective” food — one that protects healthy tissues from the toxic effects of anticancer drugs. And parsley is also a good source of carotenoids, which help protect the body against cancer-causing cellular damage.

How to take advantage of the anticancer compounds in parsley

To get a 10 mg dose as used in a clinical trial by Prof. Harald Hoensch of the University of Frankfurt, you would need to take one tablespoon of raw chopped parsley per day. Or you could sprinkle a small amount of dried parsley into your food.

Other sources of apigenin include grapefruit, peppermint, thyme, raw celery, and rutabagas, as well as chamomile flower tea.

When you begin to add parsley to your meals, here’s a tip: much of the vitamins and volatile compounds are lost during cooking, so eat it raw or add it at the end of cooking, right before serving.

As far as the safety of eating parsley, cancer advisor Ralph W. Moss, Ph.D. warns that while generally safe, apigenin may cause undesired interactions with other drugs. There was one laboratory study that seemed to show that apigenin interfered with a standard chemotherapy drug used in the treatment of leukemia. So, Dr. Moss suggests, “It might be wise to NOT take high doses of this chemical if you are currently undergoing chemotherapy for cancer.”

Parsley has some powerful cancer-fighting potential, but its healthful properties don’t stop there. The apigenin that is so abundant in parsley has been found to have remarkable anti-inflammatory and antioxidant properties as well.

Plus, parsley is a rich source of chlorophyll and fiber and also vitamins A, C, and E, as well as beta-carotene, lutein, cryptoxanthin, zeaxanthin, and folate. It also has more vitamin K than kale, with just 2 tablespoons of raw parsley containing 155 percent of the recommended daily amount.

And eating a bit of fresh parsley after your meal will freshen your breath naturally.

So do you have a whole new appreciation for this herb? Will you include parsley in your diet as more than a garnish? The benefits of parsley are far-reaching. And once you learn how to use it, you’ll find it can be pretty easy to enjoy. Sprinkle some on top of this Indian cauliflower rice bowl or this oil-free daal soup.

An environmental film about SOLUTIONS!

How to Take Care of Your Teeth with Diet & Lifestyle

What Is Mindful Eating? Benefits & How It Works

Warm and Relaxing Drinks You Can Unwind with Anytime

Vitamin D Guidelines: What Is It, How Much Do You Need, & How to Get Enough

Ditching Dairy? The Lowdown on Non-Dairy Milk — Plus a Look at 10 Popular Plant Milks

Arsenic In Rice: How Concerned Should You Be?