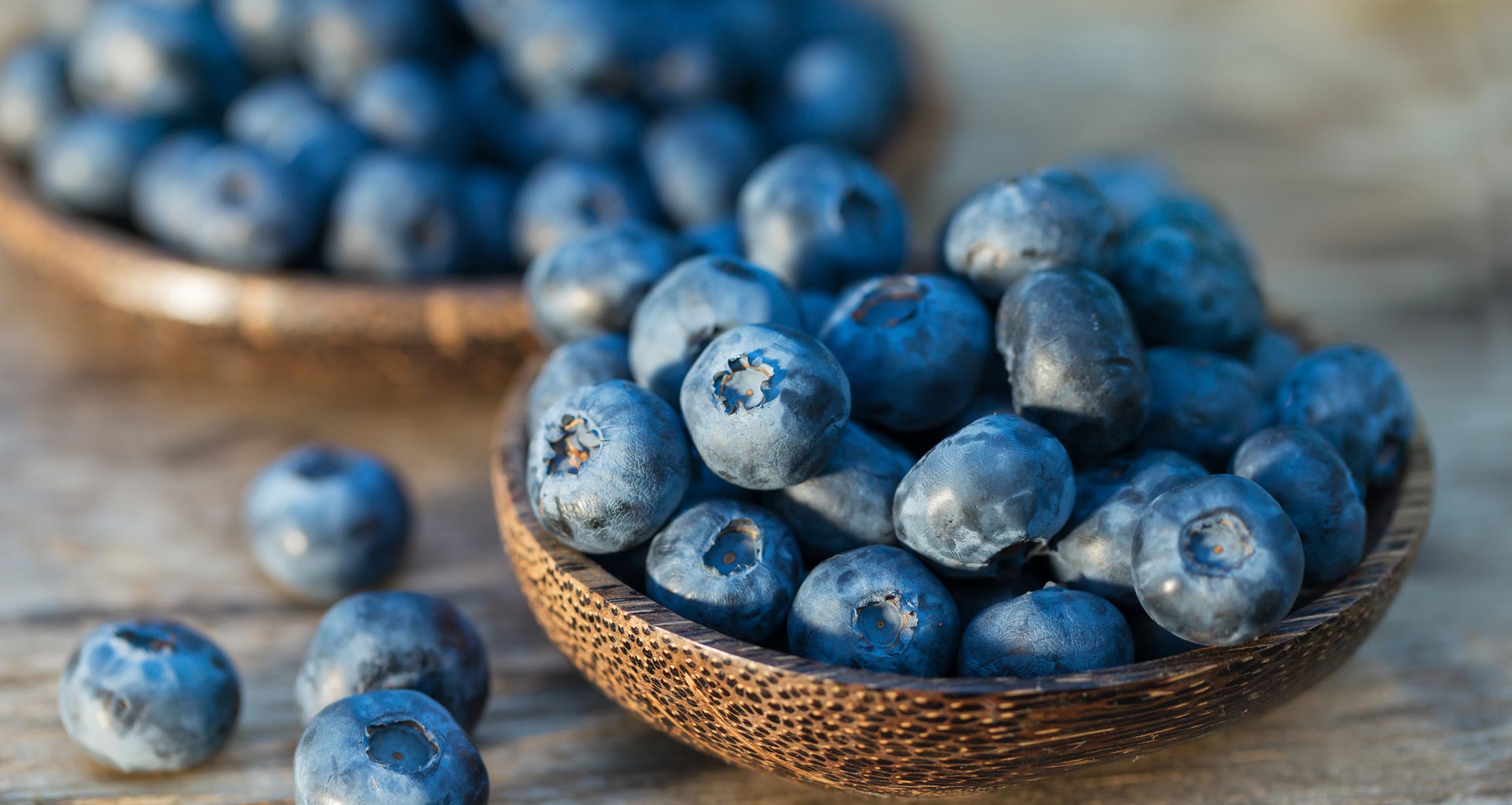 Blueberries pack huge health benefits in a tiny package. Spring and summer are prime seasons for fresh blueberries. But there are good reasons to eat them all year, and a freezer can be a big help.

According to a study published in Circulation: Journal of the American Heart Association eating at least three servings of blueberries and strawberries every week can save women from heart attacks.

Researchers from the Harvard School of Public Health and the University of East Anglia reviewed the berry-eating habits of 93,600 women between the ages of 25 and 42 over 18 years. The women were part of the Nurses’ Health Study II. Researchers concluded that women who ate three or more servings of blueberries and strawberries per week reduced their risk of heart attack by as much as one-third.

And it really had to be berries. Women who ate a diet rich in other fruits and vegetables did not enjoy the same reduced heart attack risk.

Blueberries can lower your blood pressure. Researchers conducted a double-blind, placebo-controlled clinical trial on 48 post-menopausal women with pre-hypertension or stage one hypertension.

Every day, half the women were given 22 grams of freeze-dried blueberry powder equivalent to one cup of fresh blueberries. The other half received a placebo. The results were published in the Journal of the Academy of Nutrition and Dietetics.

After just 8 weeks, the women who took the blueberry powder had significantly lowered their systolic (5.1%) and diastolic (6.3%) blood pressure. Those on the placebo had no change.

In addition, the blueberry powder reduced arterial stiffness on average by 6.5%.  No change was seen in the placebo group. Arterial stiffness is a symptom of atherosclerosis and predicts cardiovascular risk. It indicates that the heart has to work harder to circulate blood to the peripheral blood vessels.

The researchers attributed the beneficial effects to an amazing 68.5% increase in blood levels of nitric oxide in the women who took the blueberry powder. Nitric oxide is known to widen blood vessels to increase blood flow and lower blood pressure. Those on the placebo had no changes in nitric oxide levels. 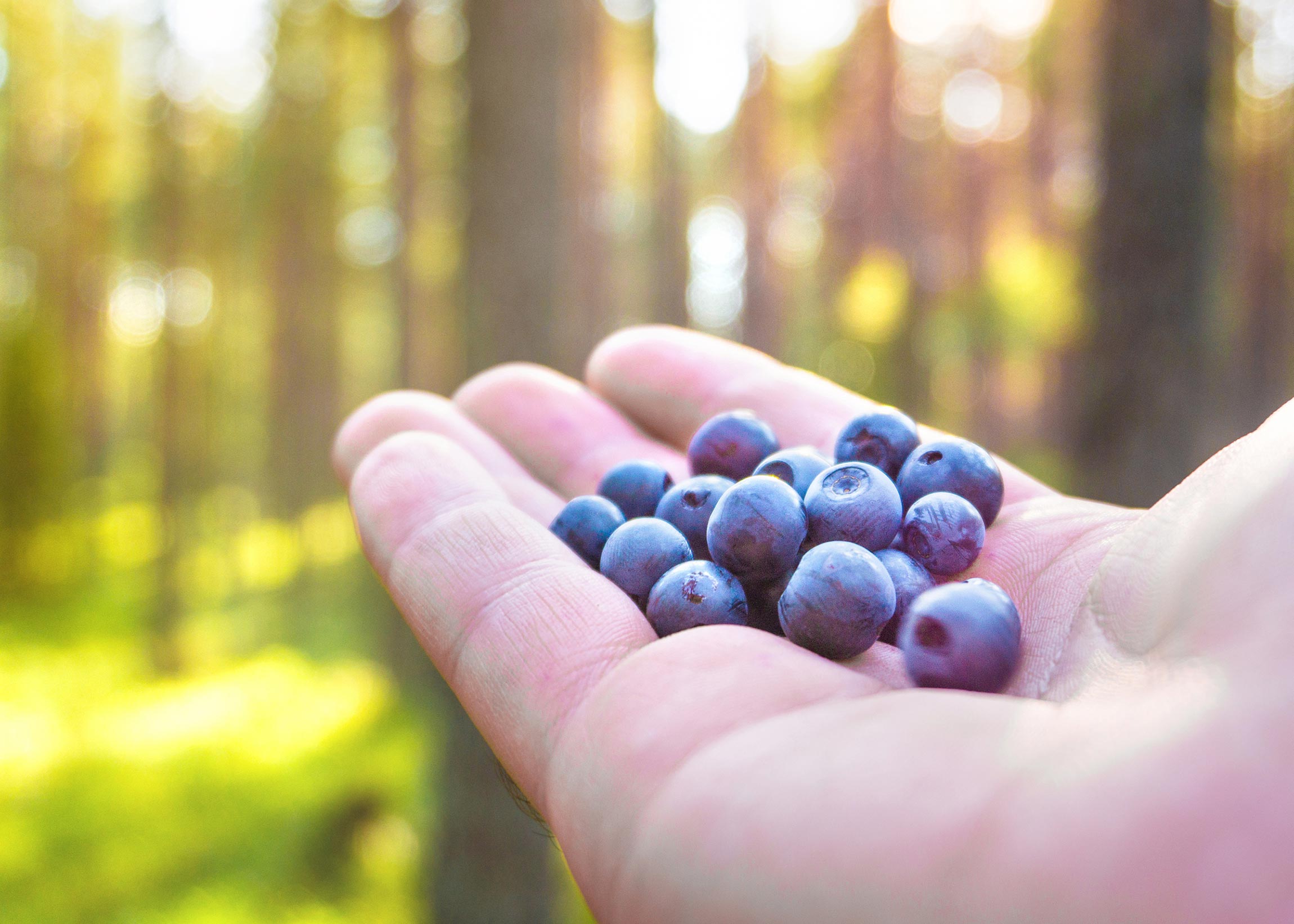 A study from Florida State University found that a daily serving of blueberries could be key to fighting cardiovascular disease in women.

And in another study, researchers from England and Germany proved that less than a cup of wild blueberries can have an almost immediate and long-lasting effect on how well your vascular system is circulating blood. The more easily blood flows through your arteries and veins, the less your heart has to work.

They conducted two randomized, controlled, double-blind crossover studies in 21 healthy men between 18 and 40 years old. In the first study, some of the men drank varying amounts of blueberry polyphenols, ranging from the equivalent of 240 grams (3/4 cup) to 560 grams (1.25 cups) of wild blueberries. Others were given a drink with the same macro and micronutrients but no blueberry polyphenols.

The researchers then measured changes in the men’s “flow-mediated dilation.” FMD is the gold-standard to measure endothelial function. The endothelium is the lining of the blood vessels. FMD is considered a good predictor of cardiovascular disease risk.

They found that as blueberry polyphenols were broken down by enzymes into various metabolites, endothelial function in the men improved. The benefits lasted at least 6 hours.

A study in the journal Nutrition Research found that daily blueberries increase natural killer (NK) cells. NK cells are white blood cells that play a critical role in the immune system’s defense against foreign invaders like viruses and tumors. They scan the body for abnormal cells and destroy them before they can develop into actual cancers.

The researchers divided 25 sedentary men and post-menopausal women in two groups.  Every day, one group received a placebo while the other was given 38 grams of blueberry powder. The powder was equivalent to 250 grams of fresh fruit.

Other research shows that blueberries are rich in antioxidants that help prevent cancer. Antioxidants work by neutralizing free radicals, atoms that contain an odd number of electrons and are highly unstable. Free radicals can cause the type of cellular damage that is a big factor in cancer development.

Blueberries are also rich in anthocyanins. These compounds give blueberries their beautiful color. They also help explain why blueberries may help prevent the free-radical damage associated with cancer.

Anthocyanins in blueberries also protect your lungs as you get older.

A study in the American Journal of Clinical Nutrition followed 839 participants from the VA (Veterans Affairs) Normative Aging Study.

Over 16 years, it found that men who ate two or more servings of blueberries a week had up to 37.9 percent less decline in their lung function compared to those who ate no or very little blueberries.

A double-blinded, randomized, and placebo-controlled clinical study in The Journal of Nutrition found that bioactive compounds found in blueberries improve insulin sensitivity.

Twice a week researchers had 32 obese, non-diabetic, insulin-resistant patients drink smoothies with or without 22.5 grams of blueberry bioactives. After six weeks, the blueberry group improved their insulin sensitivity by a factor of four over the placebo group.

In another randomized controlled study from Oklahoma State University, 48 people consumed either a freeze-dried blueberry beverage or a placebo drink once a day. The freeze-dried drink was equivalent to about 350 grams (3.5 cups) of fresh blueberries.

After eight weeks researchers found that the blueberries improved measures of metabolic syndrome.

A study in the Annals of Neurology found that anthocyanins in blueberries can slow brain aging by up to 2.5 years.

Harvard researchers measured cognitive function in 16,010 participants 70 years and older in the Nurses’ Health Study. Based on dietary questionnaires, they concluded that eating more blueberries slowed cognitive decline by up to 2.5 years.

It works for young people, too. In a crossover study in the journal Nutrition, 14 children aged 8 to 10 years old consumed a blueberry drink or placebo. Two hours later they completed a battery of five cognitive tests. The blueberry drink significantly improved delayed recall of a list of words.

Making one simple change to your diet by adding blueberries could have a significant impact on cardiovascular health, cancer prevention, and brain power.

In addition to polyphenols, blueberries are an excellent source of vitamins K and C, manganese, and fiber.

Wild blueberries are particularly potent. They are smaller than the cultivated versions most often found in your supermarket, with about twice the number of berries per pound. They also have less water and a higher skin-to-pulp ratio. That means the wild versions have more intense flavor and double the antioxidant content.

During the spring and summer months, enjoy blueberries fresh. Out of season, you can easily find them frozen or dried. Add them to salads, non-dairy yogurt, oatmeal, or smoothies. Or just eat them by the handful.

But many berries are heavily treated with pesticides. So try to choose organic blueberries if you can to be safe.

If you’ve ever wondered — Are blueberries good for you? — now you know these tiny, delicious fruits are fantastic for you, whether you eat them conventional or wild.

Tell us in the comments: What are your favorite ways to eat blueberries? 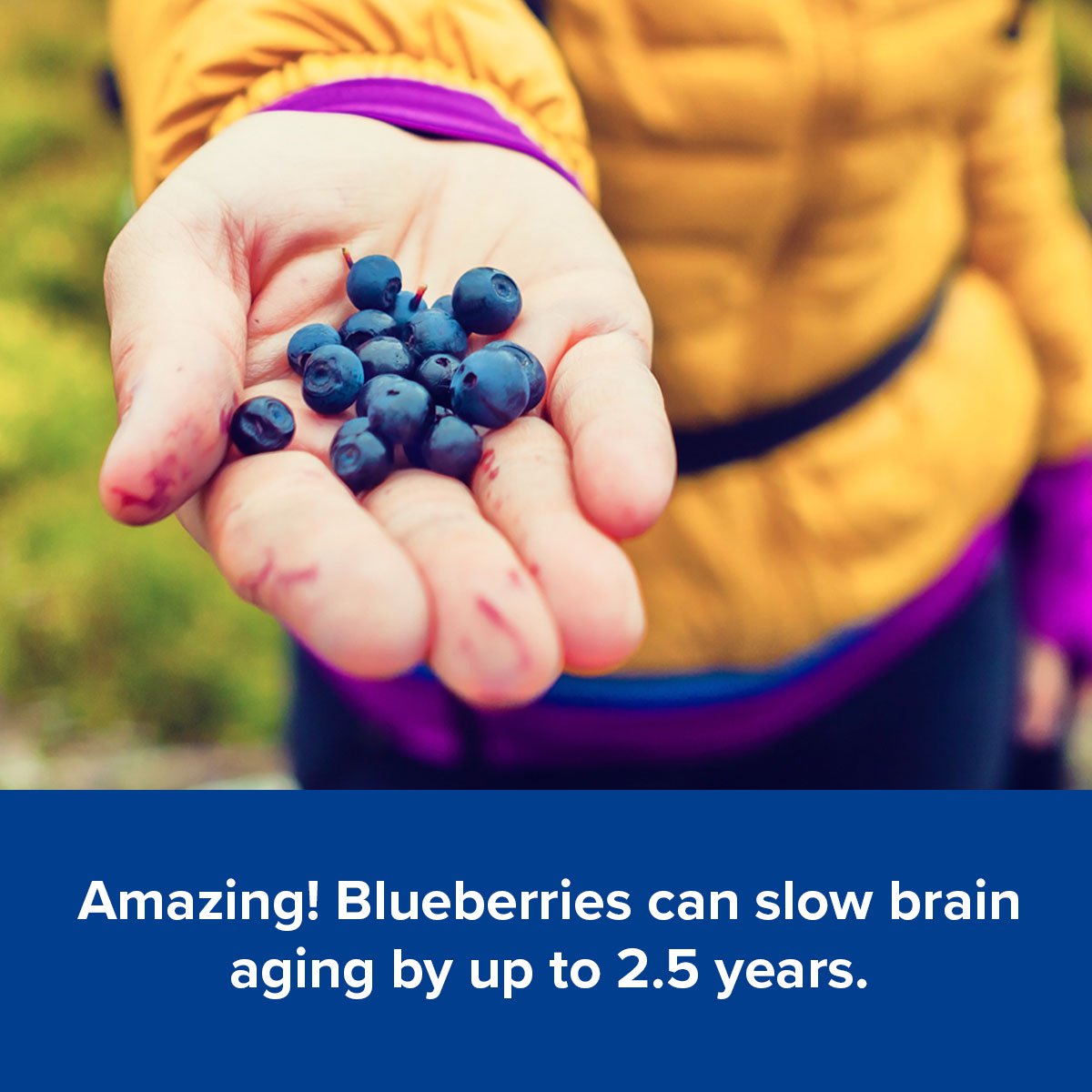