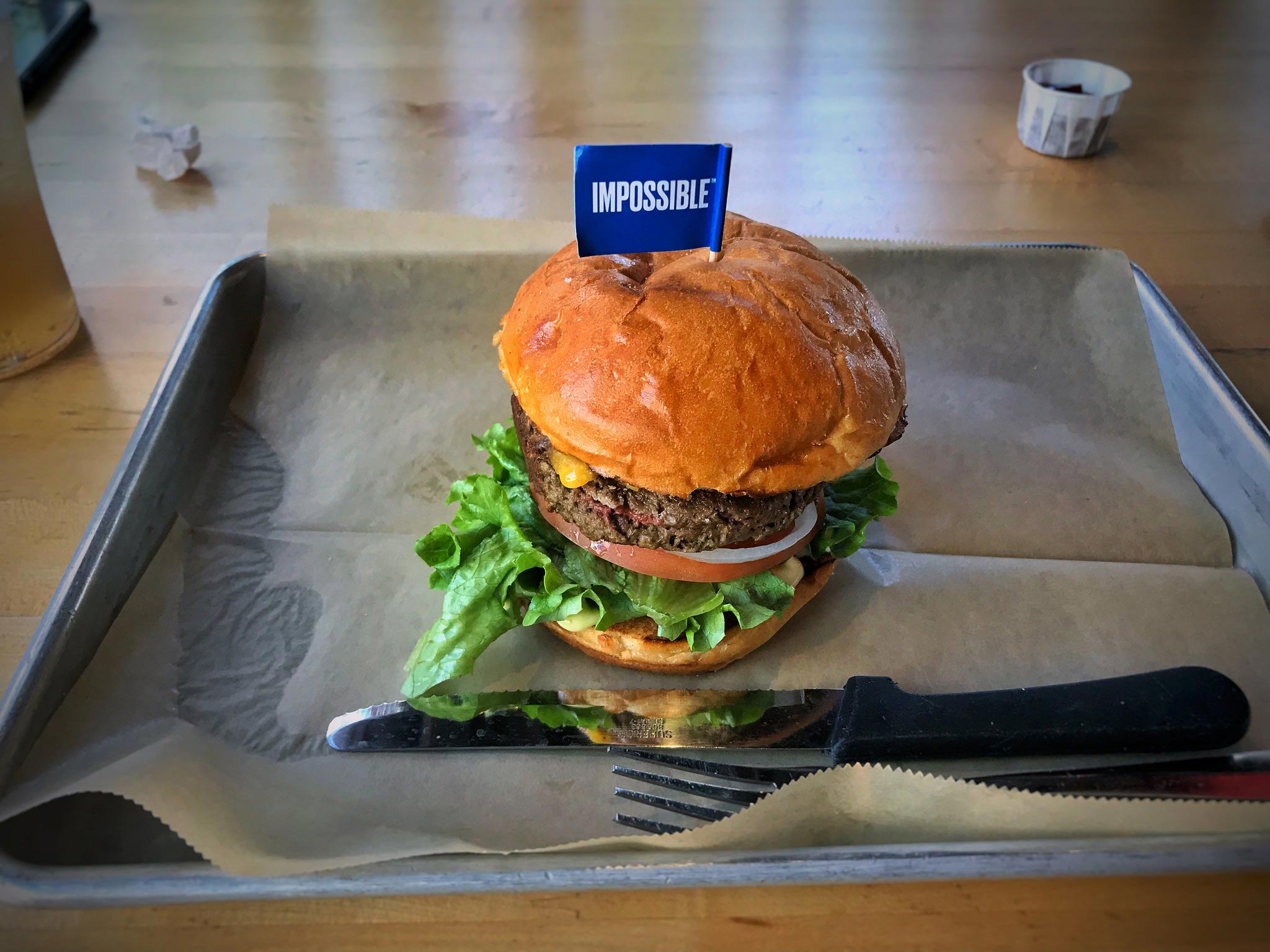 Impossible Foods — maker of the veggie “burger that bleeds” — is the latest darling of the food-tech world. Its stardom is driven largely by its claims that the Impossible Burger is better for the planet than the real thing, but what’s actually in its signature patty raises big questions. Despite these questions, Forbes has given it glowing coverage; The New York Times has served up front-page column inches. Katy Perry, Questlove, and Jay-Z are all investors. And the company is already shorthand for a dot-com wunderkind. At a recent tech conference I attended, more than one pitch led with “We are the Impossible Foods of…” This status comes from a PR arsenal, of course, a novel product, yes, but also from the company’s explicit courtship of the ethical foodie, tapping a new generation of eaters who want to ensure the food on their plate helps the planet. In its very mission statement, Impossible Foods claims it will “drastically reduce humanity’s destructive impact on the global environment” by using plant-based proteins. But just because it’s not meat, doesn’t mean it’s a planetary panacea.

To be clear, I’m all for Impossible Foods top execs calling out the environmental impacts of industrial livestock production. My mother, Frances Moore Lappé, has been ringing these alarm bells for nearly fifty years, starting with her 1971 Diet for a Small Planet. And ten years ago, I wrote a book about the food sector’s impact on climate change and the significant role of industrial livestock. But while others have raised health concerns over the Impossible Burger’s genetically engineered heme protein, or environmental concerns over its energy-saving estimates, I’m alarmed about the company going all-in on genetically engineered soy. Impossible Foods’ CEO claims its sourcing of genetically engineered soy is a reflection of the company’s “commitment to consumers and our planet.” But the troubling track record of just such soy is at odds with that commitment.

This is no small quibble: This is about fact-checking a company raising millions of investor dollars on its eco-claims. But ultimately, this is about being clear about what food we should be producing and eating in order to save the planet.

New evidence is revealing we are teetering on the edge of an era of massive extinction, propelled in large part by the very pesticides and practices used with genetically engineered crops like that soy destined for Impossible Burgers. In a groundbreaking new study, researchers estimate that 40% percent of insect species face extinction. And we could be looking down the barrel of total insect population collapse by century’s end, primarily as the result of the agricultural pesticides and mega-monocultures of industrial agriculture. Designed specifically for intensive chemical use, genetically engineered crops are key drivers of this impact.

The introduction of genetically engineered crops has led to a massive increase in the use of pesticides globally. Planted for the first time in the mid-1990s, nearly all of these crops to date have been engineered to either express an insecticide, resist an herbicide, or both. Today, around 94% of soy is genetically engineered, mostly to be resistant to Monsanto-Bayer’s glyphosate-based herbicide Roundup. Prior to the introduction of these “Roundup Ready” crops, farmers had to be judicious about using weed-killer; but Roundup-resistant crops meant farmers could spray more and more often — and they did. From 1990 to 2014, the amount of glyphosate, the active ingredient in Roundup, jumped from 7.7 million pounds to 250 million — a 1,347% increase, with most of that used on genetically engineered crops like the soy in those Impossible Burgers. Today, glyphosate is the most widely used herbicide in the world.

There is mounting evidence about the ecological impact of this boom. In China, researchers found that glyphosate exposure led to honeybee larvae deaths. In the United States, studies have connected Monarch butterfly decline with glyphosate use, particularly as milkweed on which the butterfly depends has been decimated. Another study found Roundup use resulted in a 70% decline in the “species richness of tadpoles.” And yet another found that the herbicide adversely affects “soil and intestinal microflora and plant disease resistance” and is “toxic to a range of aquatic organisms.”

The Health Impacts of Glyphosate

Then, there are the human health impacts of the pesticides used on genetically engineered soy, specifically glyphosate-based weed-killers. In 2015, the World Health Organization’s cancer research agency issued a declaration based on a review of peer-reviewed literature that glyphosate was a probable cause of cancer. Just last year, a California jury awarded $2 billion (Editor’s Note: Later reduced to $86.7 million) in punitive damages and economic losses to a California couple suffering from non-Hodgkin’s lymphoma who had used glyphosate-based herbicides for decades. It was the third legal loss for Bayer, which recently purchased Monsanto, the world’s largest producer of Roundup. (Editor’s Note: More than 13,000 cases were pending as of the original publication of this article back in July 2019. But as of October of the same year, there were 42,700 cases and counting.)

Growing genetically engineered crops, and the agrochemicals used in concert with them, affects more than just those handling pesticides. We’ve seen this on the Hawaiian island of Kaua’i, for example, which is ground zero for the development and testing of genetically engineered seeds. There, the fields about schools, hospitals, and neighborhoods in communities that have seen spikes of asthma, cancers, and birth defects are linked to drift and runoff from pesticides.

GMO Soy is a Huge Problem

Impossible Foods’ embrace of genetically engineered soy comes at the same time a new wave of these crops enters the market, posing a new set of risks. As weed resistance to glyphosate has grown — now with more than 40 glyphosate-resistant weed species and counting — companies have been genetically engineering soy to resist other herbicides like dicamba and 2,4-D, chemicals with long track records of toxicity and ecosystem concerns. Many farmers across the Midwest have already been devastated by crop failure as a direct result of drift from these pesticides.

Being a Conscientious Consumer

Consumers are increasingly seeking “health and wellness claims,” 20% more than in 2016, found a recent poll by L.E.K. Consulting. These conscientious consumers are driving the boom in plant-based alternatives to meat and dairy and products raised without toxic chemicals. Impossible Foods’ spin is trying to tap this planet-friendly public sentiment, but its commitment to genetically engineered soy belies a growing body of evidence that these crops are harming, not helping, the planet. In an era of a climate emergency and biodiversity crisis, we need to be working, with ever greater urgency, to eliminate our dependence on toxic pesticides — not doubling down on it.

If you’re concerned about the health and environmental impact of genetically engineered soy, then you might want to think twice before chowing down on an Impossible Burger. But keep this in mind, too: worldwide, an estimated 70% of the soy crop is being fed to livestock (most of the rest is turned into soy oil). So if you’re interested in contributing to a world with less GMO soy, then the #1 step you can take is to steer clear of factory-farmed meat. For more on the health and environmental impacts of veggie burgers and fake meats, click here. And for seven delicious homemade vegan burger recipes (that are easy to make and 100% GMO-free!), click here.

Tell us in the comments

Featured Image: “The Impossible Burger” by T.Tseng, CC BY 2.0 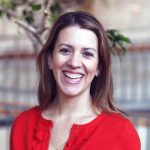 How to Use Edible Mushrooms + 7 Healthy Mushroom Recipes to Enjoy Anytime!